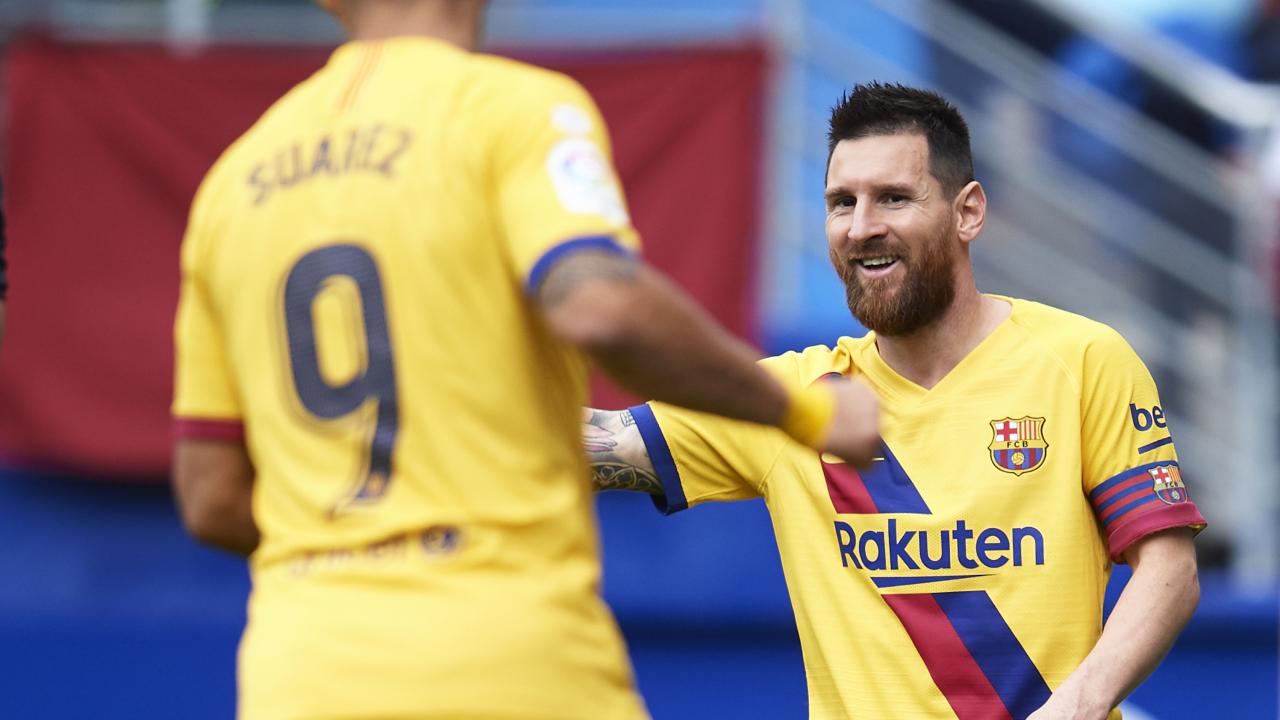 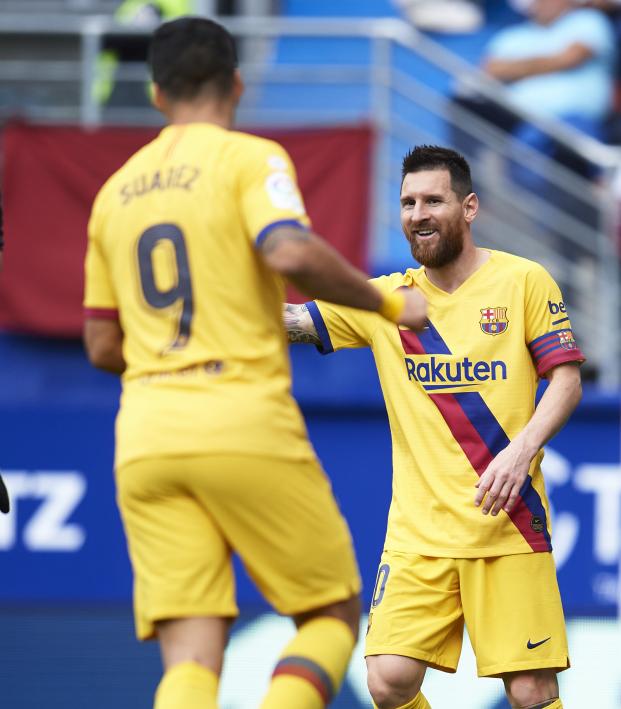 Messi’s Most Unselfish Pass Earns Him Loving Kiss From Suárez

Travis Yoesting October 19, 2019
MSG all scored for Barcelona for the first time in a 3-0 win over Eibar.

Barcelona had to leave for Eibar a day early due to massive political protests around the city, but the Blaugrana got out of town with an easy three points on Saturday.

MSG all found the back of the net in the same game for the first time for Barcelona, which cruised to a 3-0 victory over Eibar, momentarily leapfrogging Real Madrid into first-place. Los Blancos can surge back into first place in LaLiga with a win over Mallorca later Saturday.

Real Madrid and Barcelona won’t be playing El Clásico as planned next week as the political protests forced the postponement of the match, but Barcelona was plenty sharp to deal with Eibar following the international break.

Antoine Griezmann opened the scoring, Lionel Messi made it 2-0 in the second half and the Argentine selflessly assisted Luis Suárez for the third to complete the victory.

Barcelona didn’t take long to break through the Eibar defense. It was a surprisingly simple goal that broke the deadlock, with Griezmann slipping in behind the defense (and his defender slipping) as he raced in on goal to shoot off the near post and in.

Messi thought he was in for a second after 30 minutes but for a brilliant denial from Eibar keeper Marko Dmitrović.

Usually you see Messi walk those in with ease, but the Serbian keeper played it well.

Messi wouldn’t be denied 13 minutes into the second half. MSG all combined together for a beautiful goal finished off by the Argentine.

The Blaugrana always looked likely to see out the match — Marc-André ter Stegen didn’t need to make a save all game — but Messi made sure in the 66th minute.

Through on goal after some poor high-line defensive positioning from Eibar, Messi — perhaps remembering Dmitrović’s denial of him in the first half — unselfishly laid the ball off for Suárez to easily slot home to make it 3-0.

Suárez thanked Messi for the easy goal with a loving kiss to the forehead and Barcelona celebrated all three points. The goal was the Uruguayan's 184th with Barcelona, moving him into a tie for fourth all time in club history. He now only trails Ladislau Kubala (194), César (232) and the fella who assisted him (605!) on the all-time charts.

Next up for Barça: a trip to the Czech Republic for a Champions League duel with Slavia Praha on Wednesday.