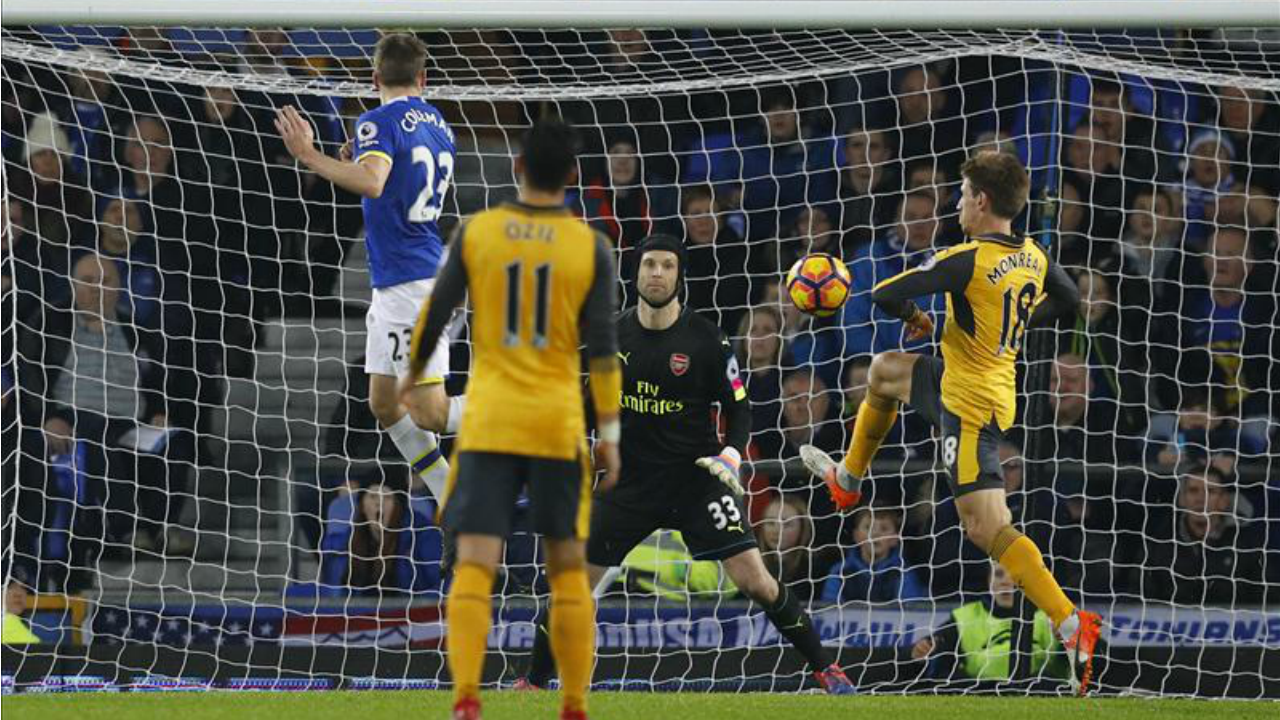 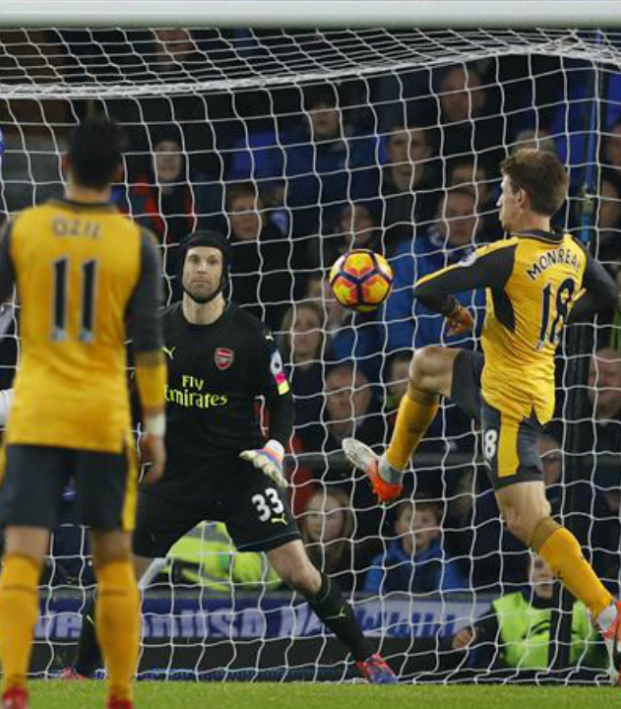 Harry Kettle December 13, 2016
With a chance to go atop the Premier League table, Arsenal squandered an early lead against Everton and lost, 2-1.

When it comes to the Premier League this season, many are seeing it as one of the most unpredictable campaigns in recent memory. There are plenty of quality teams battling it out at the top end of the division, but when you take a good look, there are only a few real contenders that shine through. Unfortunately for any Gunners fans out there, Arsenal do not fall into that category.

The feeling of winning the Premier League isn't something unfamiliar to Arsene Wenger and the North London side, but it's been over a decade since they last lifted the famous trophy. No matter what anyone says, you can't go that long without winning the big one and not gain a sense of fear or trepidation when the opportunity arises.

On Tuesday, Arsenal had the opportunity to return to the summit of the EPL. After going a goal up on Everton, they threw it all away.

May routinely comes and goes and Arsenal have to watch someone else lift the trophy, and it only compounds the hurt. That feeling of loss is embedded deep into their skin, and the big elephant in the room is that their one major opportunity to change that was last season.

Nobody wanted to win the title in 2015-16. Nobody. Leicester City’s triumph was a fairytale for the ages, but Arsenal couldn't bring themselves to seize the moment while the normal contenders faded away.

It's not like the quality wasn’t/isn't there either. Barring a world-class striker, the likes of Mesut Ozil, Alexis Sanchez, Santi Cazorla and Hector Bellerin are just a handful of examples as to the ability they have at the Emirates Stadium.

But there's one very Americanized word that sums up their failures completely: clutch.

Arsenal are not clutch, and they haven't been for a long time. Teams like Chelsea, Manchester City and Manchester United all know what it feels like to be in a high pressure situation and come out the other side with flying colors.

Unfortunately, in the present day, the Gunners have been so depleted that they've forgotten how to get the job done. The statistics are there. In every season following their last title victory the club have conceded more goals than the champions - but the key is that it's not by much.

They keep things pretty tight at the back, but once the season hits the new year, their form drops just enough to eliminate them from title contention. They’re frequent champions of the calendar year but not where it matters, the actual season.

The closest they've come was back in 2008, when they finished just four points behind Manchester United, but even then their finish was only good enough for third. They're like the horse that maintains its form for three quarters of the race only to finish at the back of the pack.

It's not like their seasons collapse entirely, either. They are, traditionally, happy with the fourth place trophy, and it's sickening. They haven't finished outside of the Champions League places under the Wenger, and that's because once he's achieved that, he's done for the year. Where's the passion?

Let's swing back around to that 2008 season. Heading into match day 27, their title push seemed destined to finally reach a grand conclusion, but in the next eight games they won just once. Once. That's pitiful for a relegation threatened side, let alone one attempting to be crowned the best in England.

Plus, their rivals just keep getting better. Sides like Tottenham and Liverpool are becoming genuine title contenders while Arsenal pray that Ozil and Sanchez don't leave.

Wenger needs to go if they want progress to be made. It's the first painful step in a recovery process, like ripping off the bandaid. As we move into a new era of Premier League football, Arsenal need to cut the deadwood away from their side and get into the right psychological mindset to retake control of English football. Forget finishing above Tottenham every year - try doing the same for the other 18 teams in the division.

The self belief is dead at the Emirates and their factory continues to produce mediocrity when they have the resources to challenge any side on the planet. It's easier said than done, but right now, they'll never come away with the spoils.