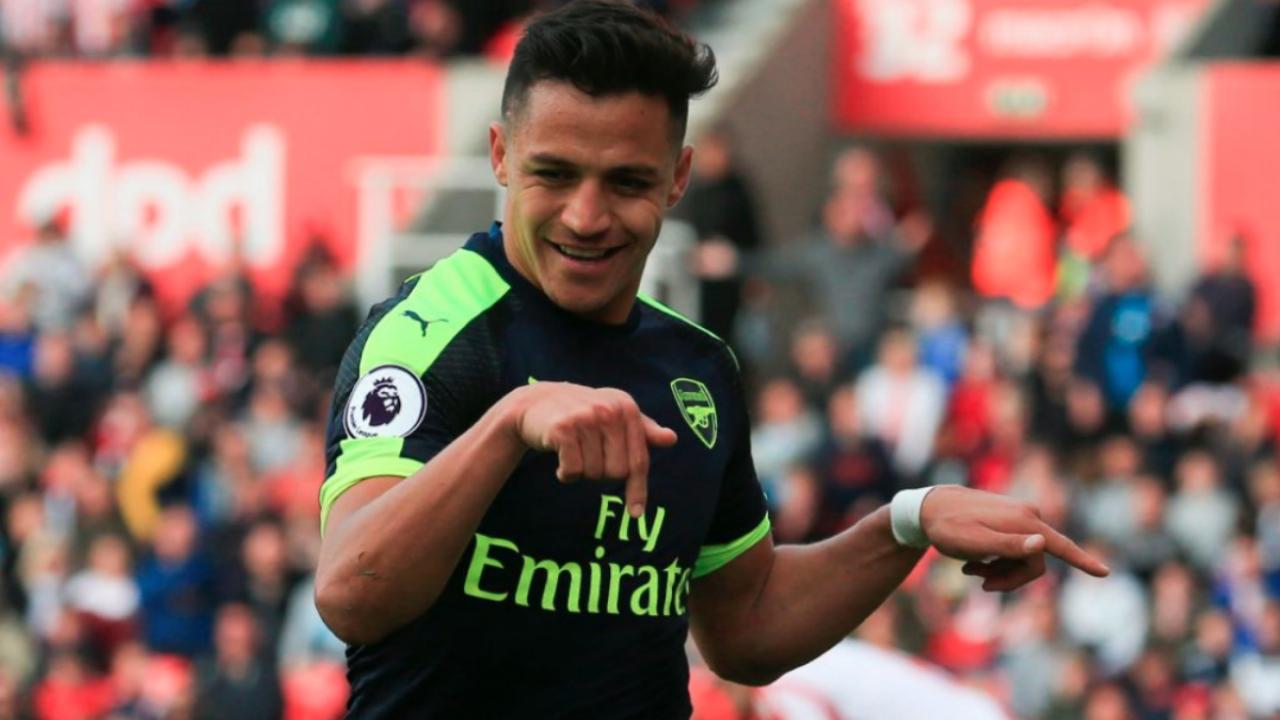 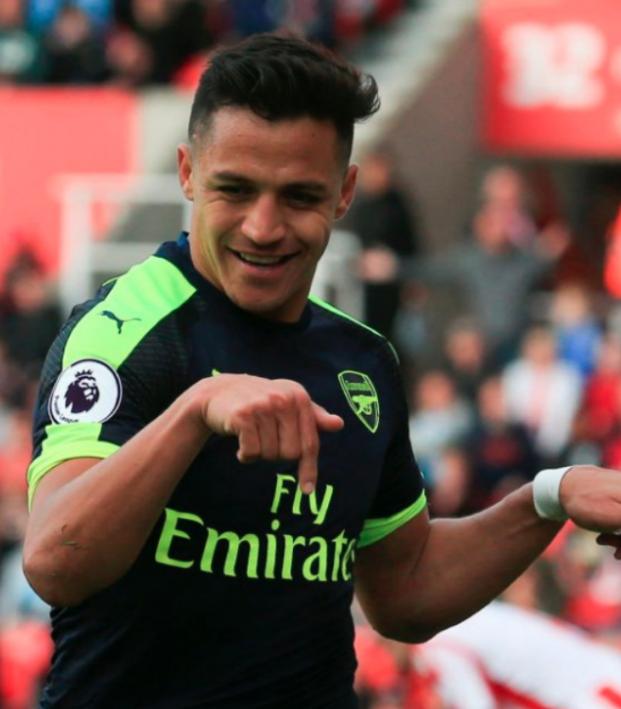 Did Alexis Sanchez Just Use A Goal Celebration To Tell Fans He's Staying At Arsenal?

Matt Jenkins May 13, 2017
For the second match in a row, Alexis Sanchez used a goal celebration to send a message of hope the fans...or to toy with their emotions. Only time will tell which.

Alexis Sanchez doubled down on his message of hope to fans today after he scored in Arsenal's 4-1 thrashing of Stoke City. After hooking up with Mesut Özil in the first half to provide an assist, Sanchez scored easily himself in the second half before asking to be subbed off due to a thigh injury. But not before celebrating his goal with this cryptic message for fans:

OK...so it's not actually all that cryptic. It either means, "I'm staying right here in North London as a Gunner" or "Gunners are going down next season once I leave here for Chelsea."

This comes after a similar display of (seeming) affection for Arsenal fans last Wednesday, when he scored and offered this gesture to the stands during his goal celebration:

Perhaps we're being a little cynical to think this is anything but a sign that Sanchez fully intends to stay put. It's just that we've seen this movie before – specifically when Robin Van Persie performed an identical celebration during the 2011-12 season at Arsenal and then promptly packed his bags for Manchester United.

Rumors have swirled in recent weeks that Sanchez may soon leave Arsenal for either Bayern Munich or Chelsea.

Whatever the celebration actually means, Alexis could be seen on the bench joking with teammates shortly after his goal celebration.

We can't read lips, but our best guess is that he's saying something to the effect of, "I kissed my shirt and did a bunch of mumbo jumbo with my hands and they totally bought it. I know. So gullible. Bayern Munich will offer me like double now."