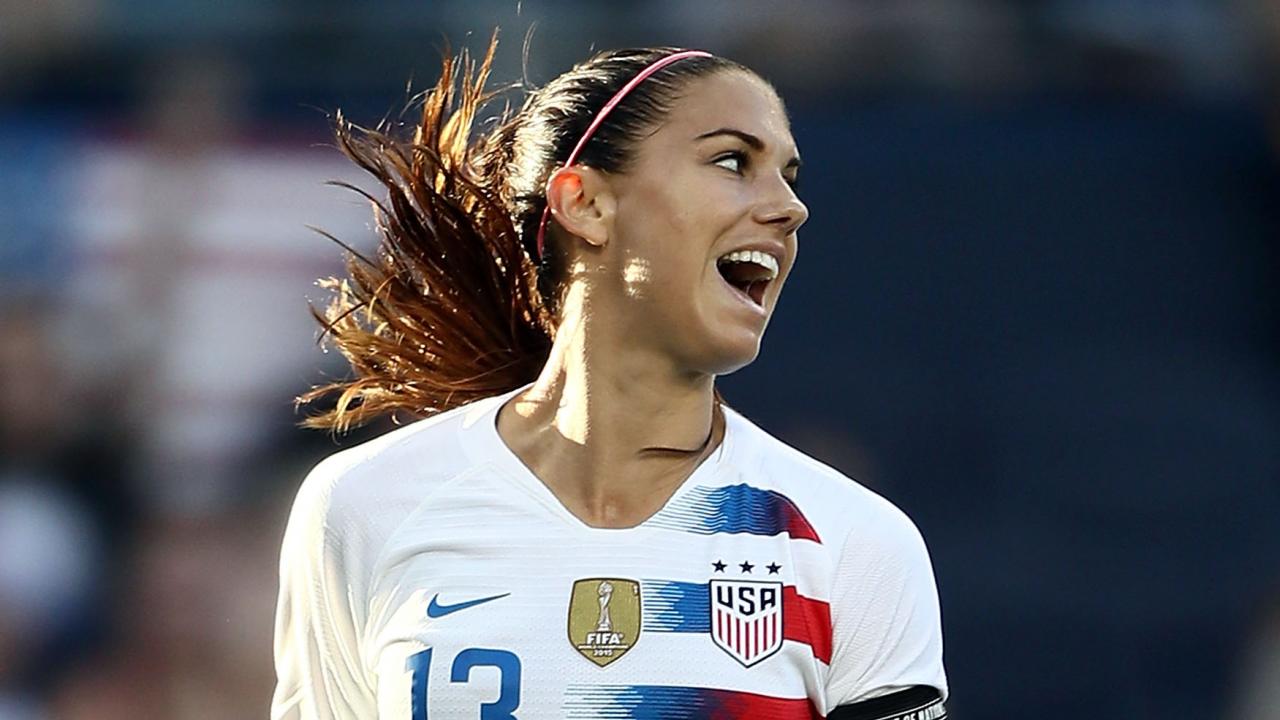 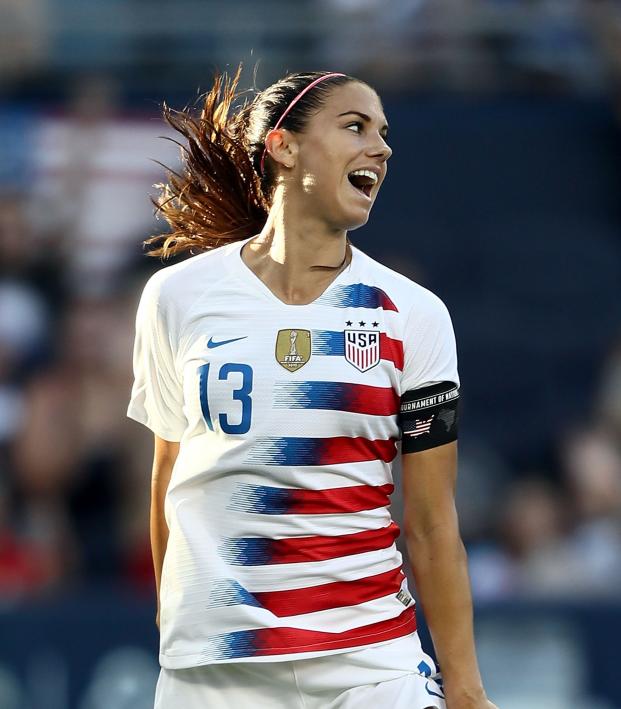 Hannah Lichtenstein October 11, 2018
The U.S. won its group and will play the runner up from Group B in the semis.

The USWNT completed its demolition of Group A with a convincing 7-0 win over the women Soca Warriors at Sahlen Stadium in Cary, North Carolina last night. Head coach Jill Ellis decided to return to her preferred line up — the starting XI she went with for the opening 6-0 win against Mexico — for the team’s final group game.

Alex Morgan, who has been in unstoppable form in 2018, got things started early for the Americans, getting on the end of a slotted ball from Julie Ertz in the box in the ninth minute.

T&T looked to have stopped the bleeding until midfielder Rose Lavelle went on a three-minute tear just before the half, awakening the USWNT beast once again. The 23-year-old scored a banger from well outside the 18 in the 41st and then showed some predatory instincts to poke another one home from close range in the 43rd to notch her first career brace.

Outside back Crystal Dunn completed a nightmare closing first half for T&T after burying a low strike in the left-side netting in the 45th.

She dunn did THAT.
Okay, @crysdunn_19!pic.twitter.com/rATzP7ROa7

To start off the second half, NWSL MVP and Ballon d’Or nominee Lindsey Horan got in on the scoring fun. The Great Horan cooly collected a deflected ball at the top of the box and curled one in past the outstretched T&T keeper for the USWNT's fifth in 49th minute.

Showing why she's the reigning @NWSL MVP. Go on, @Lindseyhoran11!pic.twitter.com/R73NwFTjmC

Just a minute later, Morgan would get her brace, and her 95th international goal and 21st in her last 22 games. Tobin Heath looked to be through after a beautifully weighted through pass from Carli Lloyd saw her one-on-one with the keeper. The goalie pulled off the save against Heath but couldn’t against Morgan, who followed to finish the rebound.

Heath would go on to get her goal in the 58th, an easy tap in off a ball from Megan Rapinoe to complete the rout.

The win means the U.S. close out group play in first place with 16 goals for and zero against across three games. Trinidad & Tobago will feel as if they took a step back in this World Cup cycle as they finished in fourth place in the 2014 edition of the CONCACAF Women’s Championship.

Who the U.S. will play on Oct. 14th in the semis remains to be seen as Group B has proven to be just a tad more interesting. Jamaica and Costa Rica are tied for the second place spot with three points right now after the Reggae Girls stunned the Ticas 1-0 on Monday. Jamaica is expected to beat Cuba tonight and Costa Rica will need to pull off a major upset by besting group favorites and fifth ranked Canada to keep its hopes alive.