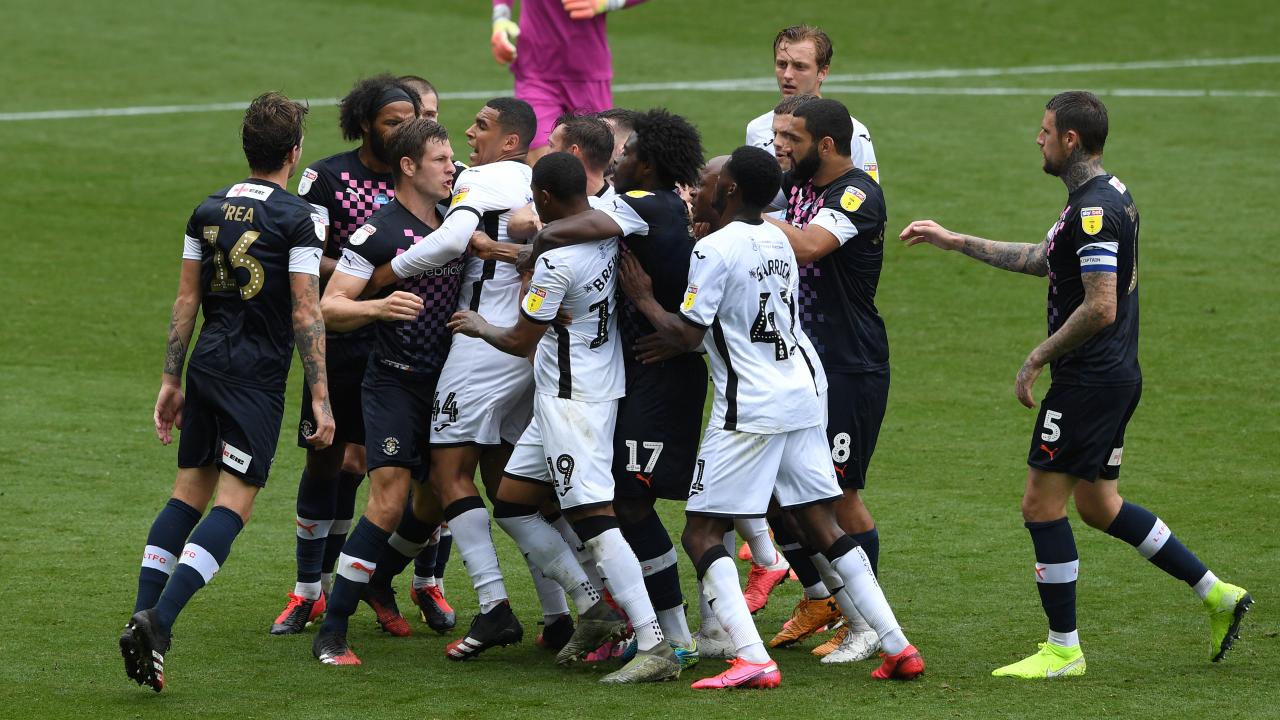 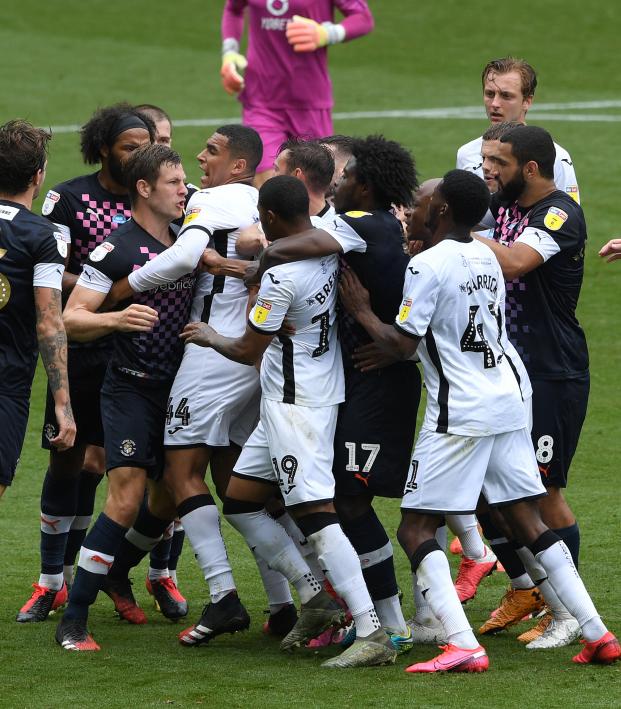 Luton Town arrived at Swansea City's Liberty Stadium on Saturday embroiled in a relegation battle, but the team became involved in a different kind of fight on the pitch. Luton striker James Collins put the Championship strugglers ahead 1-0 with a 72nd minute header, but the real action kicked off shortly after, following a series of increasingly harsh tackles:

This... well, it escalates. Put it that way. pic.twitter.com/NVuunTqYq9

After the first few tackles you're thinking the referee should blow the whistle. But with each successive assault, the level of enjoyment increases exponentially. By the sixth or seventh challenge it becomes clear that this is the best thing ever and play will only be stopped in the event of natural diaster or death.

With so much happening here, it can be difficult to focus on a single aspect of the fracas. But take a second to appreciate Luton's Harry Cornick and Swansea's George Byers making up (top right, 14 seconds in) after this fantastic clattering:

After the proverbial dust settled and a truce was declared, Swansea winger Jordon Garrick (incidentally a former rugby player in his teens) was shown a red card in the 83rd minute for punching/slapping/hitting the face of a Luton player in the middle of the melee (seen around 18 seconds in). Play resumed, and following 11 minutes of injury time, Luton held on for a crucial victory.

It's unclear whether either side participated in MMA training in the lead-up to the match.