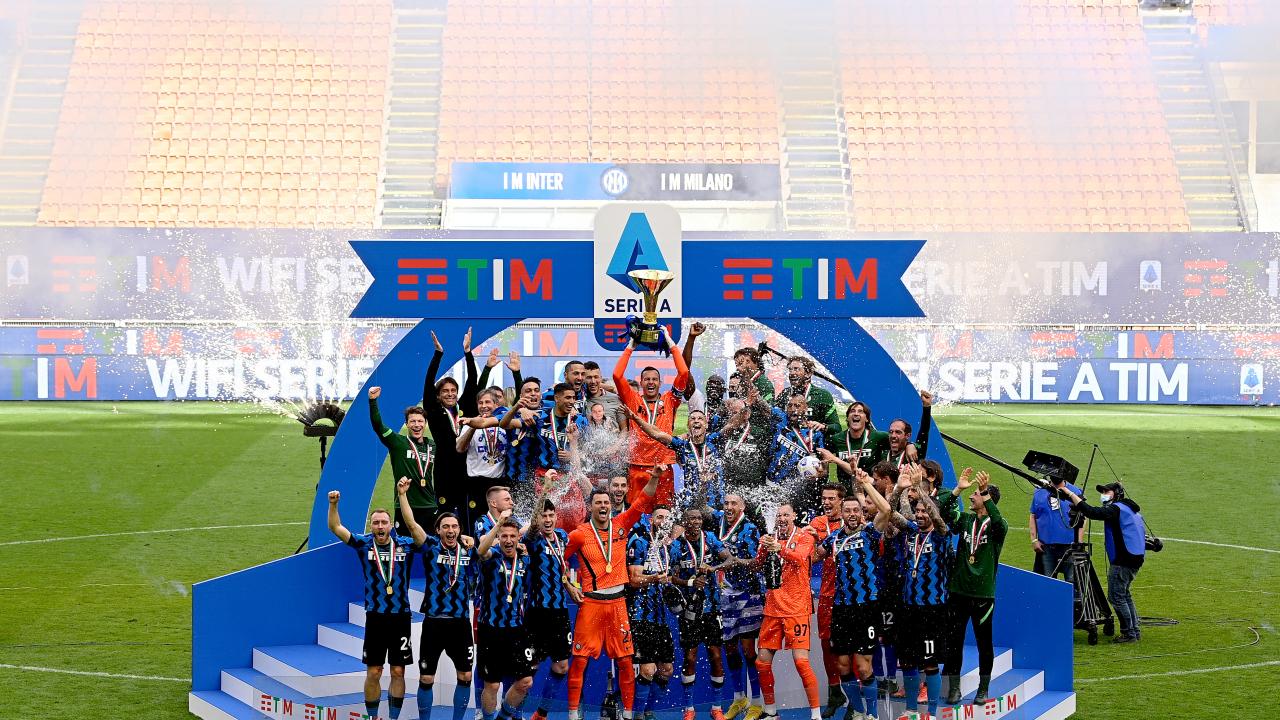 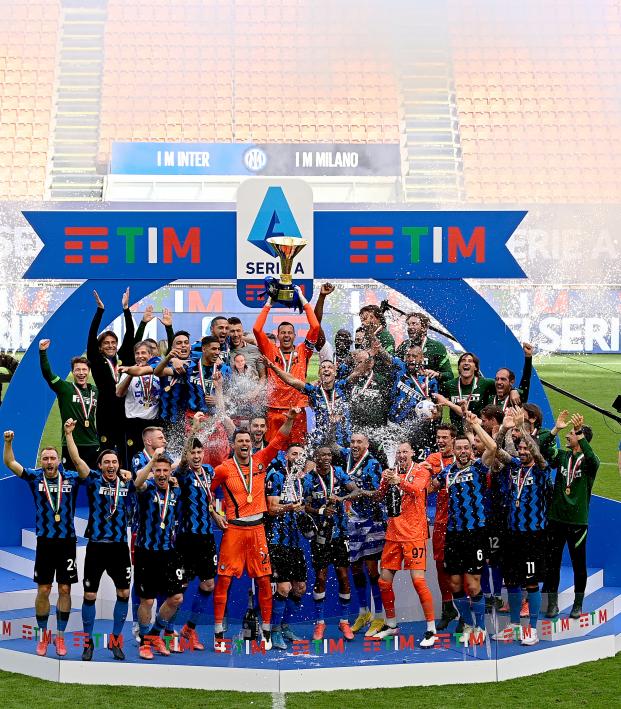 Reuters May 24, 2021
Inter's 19th title, Juventus struggles and Atalanta fairy tales are only some of the highlights.

ROME — A Serie A season like no other heralded a changing of the guard at the top of Italian football.

In his second year in charge of Inter Milan, Antonio Conte masterminded a superb league campaign that ended his club's 11-year wait for the title.

In doing so, Conte halted Juventus' nine-year stranglehold on the trophy, a run that he kick-started by leading the Turin club to the first three between 2011 and 2014.

The Bianconeri snuck into the top-four on the final day of the season, but it did little to paper over the cracks of a disappointing campaign.

Inter’s run to the title was more of a gradual acceleration than an explosive sprint out of the blocks.

Their rivals AC Milan were the early pace-setters, and it was only after suffering a disappointing group stage Champions League exit that Inter's domestic dominance began to show.

Conte’s side were fired by Romelu Lukaku and Lautaro Martinez, who scored 39 league goals between them, and marshalled by a defence that conceded a league-low 35 goals.

They reached top spot in mid-February and immediately stretched their advantage with a thumping 3-0 Milan Derby win. From there, Conte's side never looked back.

Inter sealed the title with four games to spare, sparking huge celebrations from their long-suffering fans outside Milan's iconic Duomo.

"They have grown a lot with their mentality. Now they are players who have won something and therefore they know the path to follow to continue winning," Conte said.

There is little doubt that Juventus’ sharp decline aided Inter's cause.

The appointment of rookie coach Andrea Pirlo at the start of the season was a big gamble, as the former Juve and Italy midfielder had no prior experience.

But few expected it to go so badly wrong. Pirlo struggled to settle on a line-up or system that worked and his side did not top the table at any point over the season.

Victories in the Italian Super Cup and Italian Cup offered some consolation.

But a last-16 Champions League exit to Porto was considered a disaster, and Juve only snuck into the top-four thanks to Napoli's inability to defeat midtable Hellas Verona on the final day.

HELLAS VERONA TIE IT UP pic.twitter.com/SEQ62O6Jvu

Pirlo's future, and that of league top scorer Cristiano Ronaldo, have been called into question over the course of the season as a result of the underperformance.

"I 100% see myself on the bench of Juventus next season, but it is not me who decides," a bullish Pirlo said.

Milan began the season in superb form, going unbeaten for the first 15 league matches and leading the standings until Week 22.

However, a subsequent dip in form eventually led to Stefano Pioli’s side requiring a 2-0 win at Atalanta on the final day to end their eight-year wait to return to the Champions League.

Milan's eventual second-place finish was a fair reflection of their season as a whole, as the Rossoneri spent only three weeks of the 38 outside the top four.

The Atalanta fairytale continued as the Bergamo club, with the 11th-highest budget in Serie A, qualified for the Champions League for a third consecutive season.

Napoli suffered heartbreak on the final day as they failed to beat Verona, a result that would have guaranteed them a Champions League place.

The 1-1 draw saw them slip to fifth, and club owner Aurelio De Laurentiis announced the departure of coach Gennaro Gattuso soon after the game.

Gennaro Gattuso has been sacked as Napoli manager after missing out on the Champions League pic.twitter.com/84IVJeobTV

Lazio and Roma finished sixth and seventh respectively, but the latter have re-energised their fanbase with the surprise appointment of Jose Mourinho for next season.

At the other end of the table, relegated Crotone and Parma suffered seasons to forget, and Filippo Inzaghi's Benevento will join them in Serie B next term.