No Matter Who You Support, We’re All Getting CONCACAF’d At The Gold Cup 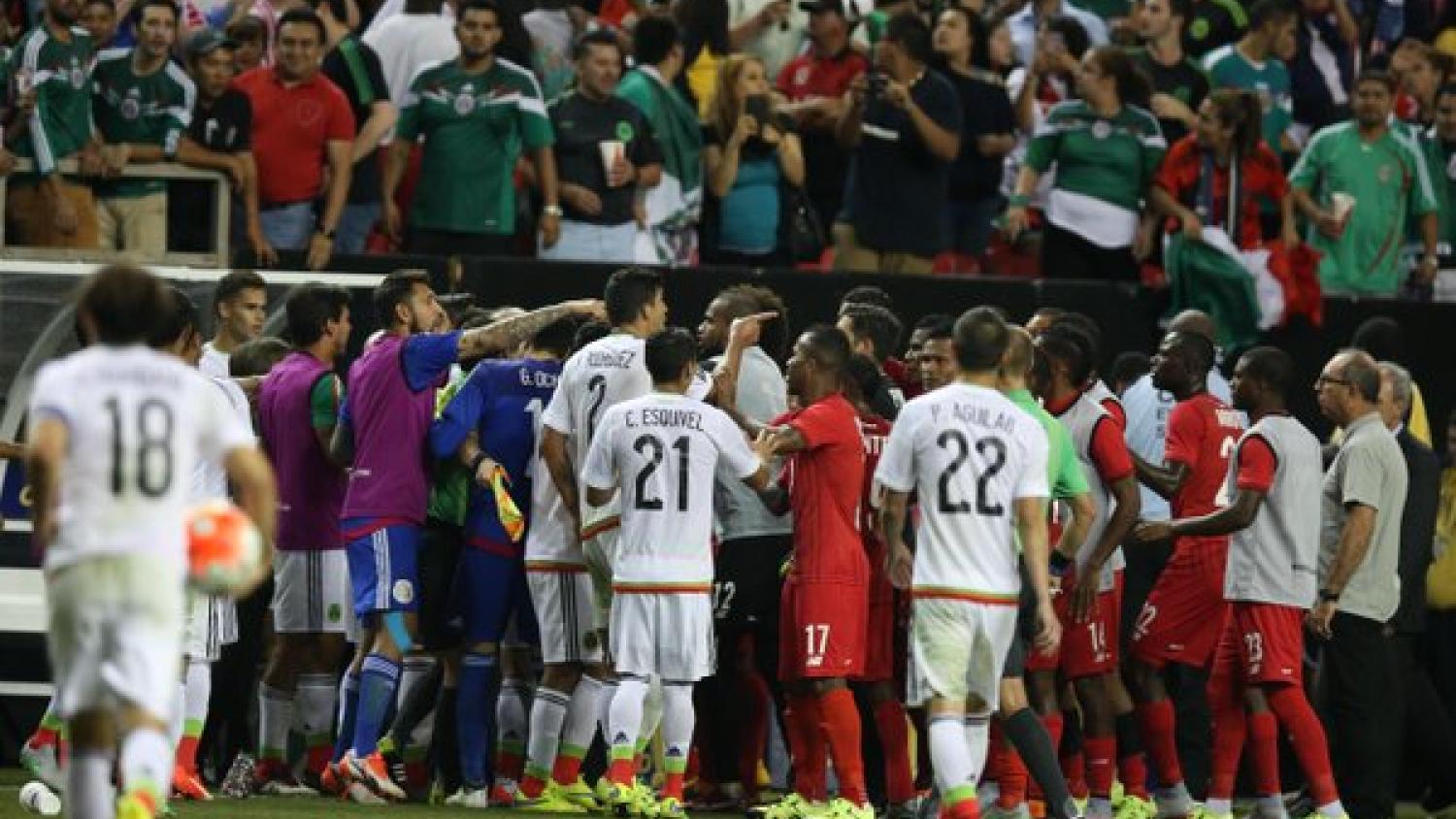 If you’ve sensed an uncanny shift in the winds of summer, don’t be afraid, that’s just the Gold Cup approaching.
@usatodaysports | Twitter

The Gold Cup cometh, and with disgraced former CONCACAF president Jeffrey Webb no longer around to taketh, the 2017 edition of the biennial championship of the North, Central American and Caribbean region promises to giveth in abundance.

Beginning with a titanic clash between French Guiana and Canada on Friday, July 7 and culminating on Wednesday, July 26 with the final in Santa Clara, California, we’ll be treated to three weeks of CONCACAF’y tomfoolery.

Getting schwifty first started at the Gold Cup. In fact, the Copa de Oro is the one competition where you're metaphorically encouraged to take off your pants and take a giant s**t on the floor at all times. That’s part of its aura.

It’s basically a lawless, anarchic house party in which every guest is getting CONCACAF’d out of their minds.

In 13 previous editions, the hideously large trophy has been grappled with by regional powers Mexico and the United States on 12 occasions. Canada did manage to win the 2000 tournament, but that’s a different story entirely.

So while the victors of this competition remain entirely predictable, it’s the journey — not the final destination — that manages to capture our somewhat demented imaginations every other summer.

For competing nations, the journey is long, hot and littered with moments of getting straight-up CONCACAF’d. You can get CONCACAF’d in all manner of ways. For example, you might have to play one match in Glendale, Arizona and then hop on a charter flight to play another match three days later across the country in Charlotte, North Carolina.

You might be on the receiving end of a preposterous referring decision during a quarterfinal match.

That same s**t might happen again at the semifinal stage.

But this happens pretty frequently, so you've just got to get on with it.

You can get CONCACAF'd by the wielders of the dark arts and when you’re unable to resume play because the opposing team needs a stretcher or two or five.

You might have to play a match on the cement surface of the Alamodome. You might get sliced in half by a cynical technical foul while the referee nods his head in approval and waves play on.

No matter what, we’re all gonna get after it in the midst of some of the highest temperatures ever recorded in the United States.

In essence, you never know what’s going to happen at the Gold Cup. People complain that the globalization of football has taken some of the magic away from the World Cup — even when European sides clash against nations from South America or Africa, everyone typically knows each other pretty well, everyone has the same style.

That’s not the case at the Gold Cup. Nations like Nicaragua, French Guiana, Curacao and Martinique arrive at the tournament as unknowns, and it's an almost certainty that one underdog will emerge. After all, only four teams are eliminated after the group stage while eight advance...

In 2015, we had Haiti advancing to the quarterfinals with striker Duckens Nazon making a name for himself. In 2007, Guadeloupe, an overseas department of France and therefore not a member of FIFA because it's not a country, took fourth place. In 2009, the team made the quarterfinals.

But it’s not like this tournament is without its quality, and that's usually provided in the grandstand, can't-miss finale between Mexico and the United States.

You either embrace the madness of the tournament or you leave it alone. This isn’t a competition meant to be approached with a critical eye, it’s meant to fill the time between now and the next World Cup with something overtly theatrical, wonderful and sometimes dumb. This might not be the tournament we crave, but it's the tournament we all deserve.