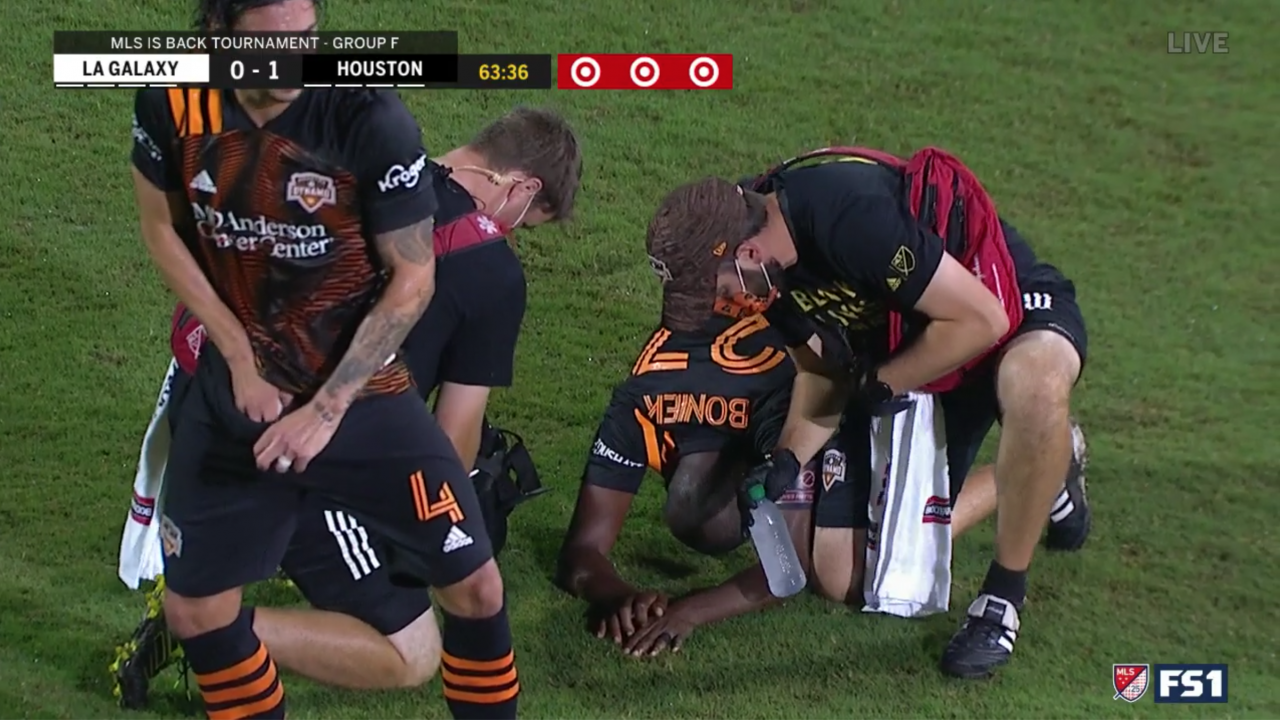 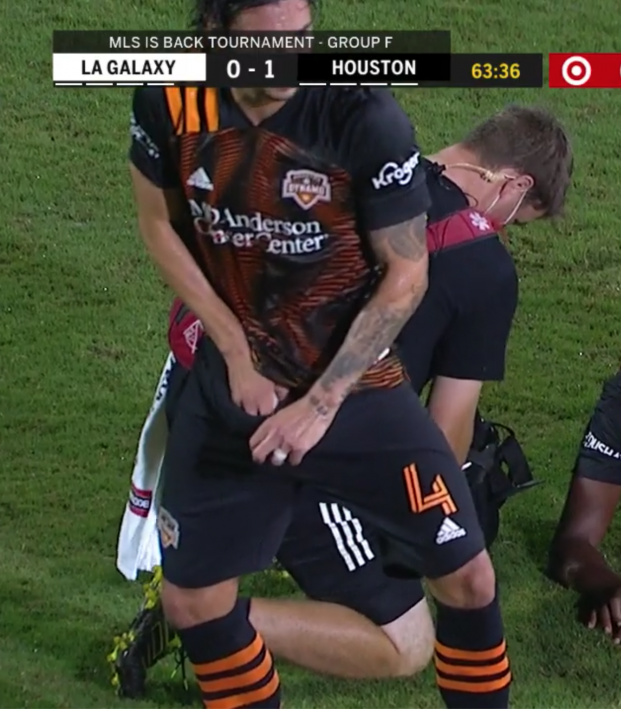 As we get ready for the start of the MLS Is Back Tournament knockout rounds, which begin Saturday night, it’s hard not to look back at the craziest moment of the group stage, one we’re still struggling to wrap our heads around.

The MLS Is Back Tournament featured a round-robin group stage not unlike a World Cup, with 16 of 24 teams advancing to the knockout rounds (FC Dallas and Nashville SC didn’t participate because of positive Covid-19 tests). The group stage saw plenty of great performances, a few awful performances and some stunning goals, like Lucas Zelarayán’s gorgeous free kick against FC Cincinnati.

The most bizarre moment belonged to Zarek Valentin, the Houston Dynamo fullback who was quite literally caught with his pants down.

Major League Soccer is no stranger to the bizarre; I mean, this league used 35-yard shootout to break deadlocks back in the day and it takes a Harvard law degree to understand the league’s pay structure. Playing a tournament in a bubble in Florida was sure to create a few more bizarre moments, none more so than what we saw during the penultimate group-stage match on Thursday night.

In the second half, while Houston midfielder Boniek Garcia received treatment for a heavy challenge against the LA Galaxy, FS1 cameras caught a little more than they bargained for. Valentin, positioned between Garcia and the camera, had his hands down his pants.

Initially it looked like Valentin was playing with his own personal Valentine before he pulled his hands out of his shorts to reveal a bottle of the old magic spray and a poof of the coolant rose up from his crotch. After adjusting himself, Valentin went back for more before the cameras cut away.

Well that’s one way to use the magic spray, which has long held a beloved place in football mythos. (The spray is a topical skin coolant/anesthetic called ethyl chloride and not some magic tincture as the name implies.)

What was Valentin doing with the magic spray? After two days in the dark, the former Akron Zip explained on Saturday.

For the record: I was spraying my groin...not freezing my future babies  #becauseyallasked

There you have it: a completely legitimate reason to be caught with your hands down your pants on national TV. Turns out, Valentin wasn’t cooling off his man parts or trying to prevent chafing as many suggested on social media, he was actually treating his groin muscle.

Unfortunately for Valentin and the rest of his teammates, a questionable penalty call gifted the LA Galaxy a late goal for a 1-1 draw on Thursday, knocking the Dynamo out of the MLS Is Back Tournament.

At least now Valentin can treat his groin in private.