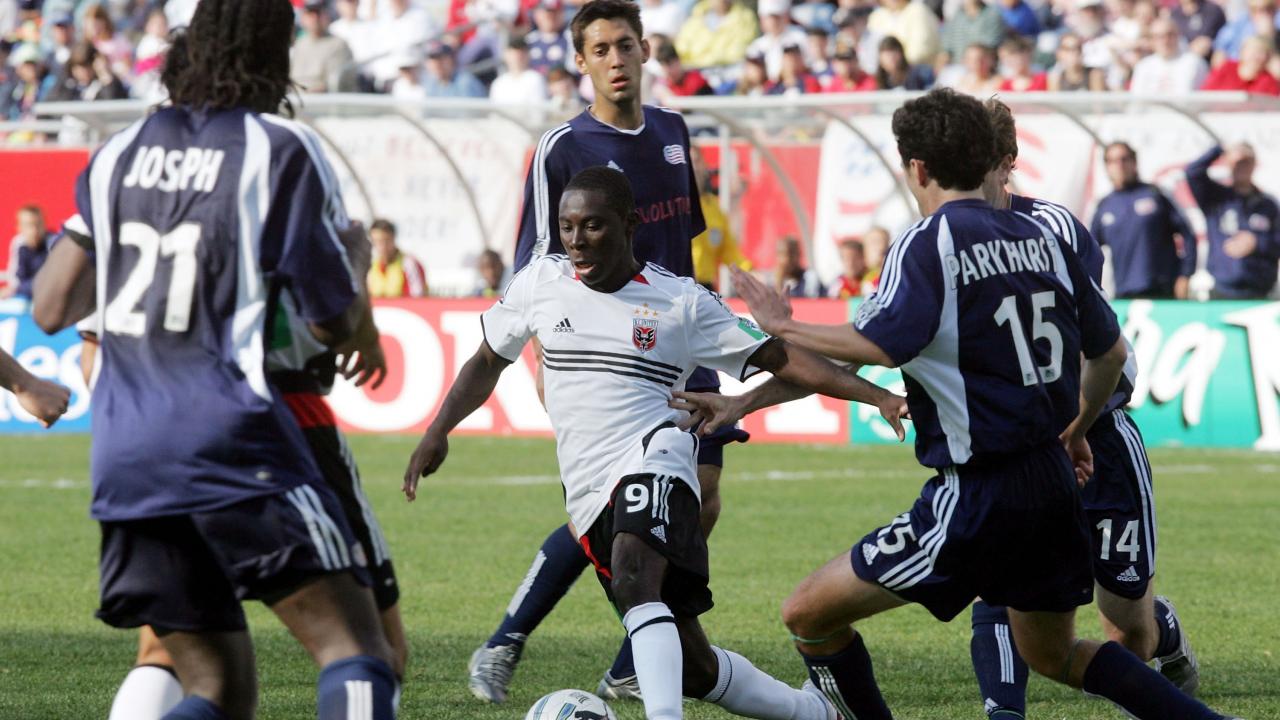 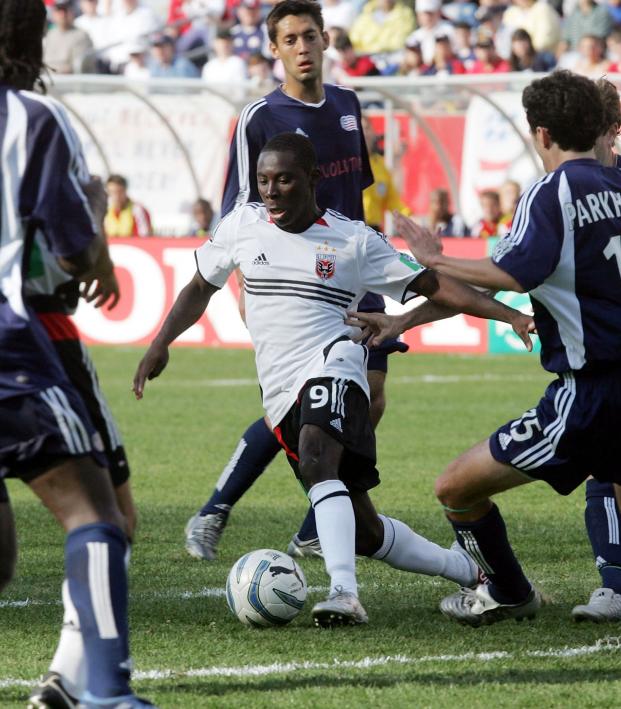 Reviewing The Careers Of The Youngest Pro Athletes In American Sports

Earlier this week, 13-year-old Olivia Moultire made headlines when turning pro by signing an endorsement deal with Nike and a representation agreement with Wasserman Media Group. This is an unprecedented move in the women’s game — and really a rarity in all of sport given how young she is — but it’s certainly not without parallels on the men’s side.

The following is a list of the youngest pro athletes of all time in America’s “big five” leagues, as well as some additional examples from the English Premier League and the FIFA World Cup. These are all remarkable stories in their own right.

Youngest Pro Athletes Of All Time

Contract: Six-year deal worth $500,000 per season. He also signed a multi-year deal with Nike worth $1 million.

What Happened: Although Adu didn’t take the league by storm his rookie season, he still managed to record five goals and one assist in 33 total appearances while D.C. would go on to win its fourth MLS Cup.

More was certainly expected from Adu in season two, but he finished with only four goals and three assists in 26 games. Season three included 35 appearances and by far the most minutes of his career, but he only scored two goals and added four assists.

After three seasons with the Black-and-Red, he was unceremoniously shipped to Real Salt Lake, where he’d only play 11 matches during the 2007 season. However, it was during this time that Adu continued to shine for the U.S. at the youth national level, most notably at the 2007 FIFA U-20 World Cup in Canada.

These performances led to a $2 million transfer to Benfica, where his club odyssey truly began. Between 2008 and 2011, Adu appeared briefly for his parent club but also went out on loan to Monaco (France), Belenenses (Portugal), Aris (Greece) and Çaykur Rizespor (Turkey).

He failed to make much of an impact at any of these clubs, but his standing as a European-based American saw him make a number of appearances for the senior USMNT, as well as his first international goal at the age of 19 (against Panama on Nov. 19, 2008).

After being cut loose by Benfica in 2011, Adu returned to MLS with the Philadelphia Union. Some of the magic came back in Philly, and he was a surprise inclusion for the 2011 Gold Cup. Adu played well at that tournament — including starting the final against Mexico — but that’d really be the end of his international career.

He left the Union following the 2012 season, and then his career went completely off the tracks (at this point, he was only 23).

Over the next five years he’d turn out for Bahia in Brazil (two appearances), Jagodina in Serbia (zero), KuPS in Finland (five), KuFu-98 in Finland (three), the Tampa Bay Rowdies (12) and most recently, the Las Vegas Lights (14). He’s now 29 and without a club.

But don't forget to check out this Freddy Adu movie review page, which is very helpful.

Contract: About $9 million over the first four years

What Happened: After finishing his senior year of high school averaging 22.4 points, 16.8 rebounds and 5.3 blocks per game, the 7 foot center opted against attending the University of Connecticut on scholarship and instead entered the 2005 NBA draft.

He became the youngest-ever selection when the Lakers took him with the 10th overall selection, and he’d become the youngest player in NBA history when making a six-minute cameo during the Lakers’ season opener against the Denver Nuggets.

Bynum only averaged seven minutes and 1.6 points per game his rookie season, but injuries would turn him into a starter in year two. He played all 82 games that season, averaging 7.8 PPG and 5.9 RPG, but he’d also be the subject of an infamous amateur video in which Kobe Bryant responded to the rumor that Bynum could be traded for Jason Kidd.

“Are you kidding me? Andrew Bynum? Fucking ship his ass out,” Kobe said.

Bynum would end up spending seven season with the Lakers, winning two NBA titles and getting named to the 2011-12 NBA All-Star Game — a season in which he averaged career bests for both points (18.7) and rebounds (11.8) per game. His second contract with the Lakers was also a four-year deal worth $58 million, so don't worry about him.

However, the big man also dealt with his fair share of knee issues, and that led to a trade to the Philadelphia 76ers before the 2012-13 season. Those knee problems would stop him from ever appearing for Philly and he’s move on to Cleveland.

The highlight of his time with the Cavaliers was Bynum getting thrown out of practice for shooting the ball every time he received it, regardless of where he was on the court. That’s fucking great.

He’d play two games for the Indiana Pacers in 2014 but then his knees would fail him again.

What Happened: Born in Anambra, Nigeria, Okoye moved to the U.S. at the age of 12 and didn’t begin playing football until he was a sophomore in high school. He knew nothing about the sport, so his coach told him to play Madden.

At 16, he became the youngest player in the NCAA when attending the University of Louisville. He was something of a slow-burn in college, but he exploded for 55 tackles, eight sacks and three fumble recoveries his senior year, earning him Second-Team All-American honors.

His upside saw him selected 10th overall in the 2007 draft by the Houston Texans, making him the youngest ever first round selection at the age of 19. He started out with a bang, recording four sacks in the month of September and being named Defensive Rookie of the Month.

Unfortunately, that’d be the highlight of his NFL career. The 5.5 total sacks he recorded his rookie season would remain a career best — over the course of the next three seasons in Houston, he’d amass 5.5 sacks.

Houston let him go, and he then played for Chicago for two seasons, recording 5 sacks. The 2012 season in the NFL would be his last, and it’d later be revealed that he missed 2013 due to anti-NMDA receptor encephalitis, a type of brain inflammation.

He would need to be put in a medically induced coma to stabilize recurring seizures, and he attempted a comeback, but never made it back to the NFL.

Contract: Probably just the joy of playing hockey as opposed to working in an ammunitions plant.

What Happened: This is an interesting one. Guidolin became the youngest player in the history of the NHL when taking the ice on Nov. 12, 1942. At this point in time, World War II was raging at its midway point — the Axis advance was just beginning to stall although it would still almost two years before the invasion of Normandy.

The war had certainly taken its toll on everything, including sports. The Great Depression and World War II combined to leave only six teams standing in 1942 (now dubbed the “Original Six”).

The war had also resulted in most players leaving for military service, leaving roster holes that needed to be filled. Enter 16-year-old Armand “Bep” Guidolin.

Guidolin would go on to play 10 years in the NHL, including stints with the Detroit Red Wings and the Chicago Black Hawks. During the 1949-50 season with Chicago, he’d finish with 51 points (17 goals and 34 assists) in 70 games, good for ninth on the NHL scoring leaders.

Remarkably, he’d only play two more seasons in the NHL after that career year — Guidolin’s ardent support for the formation of a players’ union saw him blackballed, and he’d then spend nine years in the minors.

After retiring, Guidolin began coaching, including a trip to the Stanley Cup finals with the Boston Bruins during the 1973-74 season.

Contract: You get to be the coolest kid at your high school. (We don't know.)

What Happened: Much like the NHL’s Bep Guidolin, Nuxhall made his big league debut with the Reds because so many baseball players were serving in the military during World War II. But Nuxhall’s path to the majors is worthy of a Drunk History episode.

Nuxhall’s father, Orville, was a semipro player that the Reds were targeting to help fill their depleted roster. However, when Cincinnati approached Orville over a potential contract, he declined, citing his five feral children.

But then the Reds noticed his 6 foot 2 inch 14-year-old son and thought, “That’s our boy.” The Reds waited until the basketball season was over and then the completion of school in June before getting permission from his high school principal to join the team on Opening Day.

Nuxhall — who supposedly had some heat but a lot of problems with control — made his debut on June 10, entering the game in the ninth inning with his team losing 13-0. This is what’s referred to as garbage time.

Nuxhall didn’t make it through the inning.

He lasted two-thirds, walking five batters, throwing one wild pitch, allowing two hits and surrendering five runs. It should come as no surprise that he then went to the minors for a bit.

However, he’d make a triumphant return to the majors in 1952 at the age of 23. In the end, he’d play 16 seasons in the majors, and he’d twice be named an MLB All-Star.

He’s now a Cincinnati Reds legend, having been named to the team’s Hall of Fame in 1968.

What Happened: The mark had previously belonged to Pele, but Whiteside took the record when making what was actually his international debut during Northern Ireland’s World Cup opener against Yugoslavia in Spain. Whiteside had been a surprise inclusion in the squad as he’d only made two professional club appearances prior to the World Cup (although those appearances came for Manchester United).

He’d go on to make 38 appearances for Northern Ireland, scoring nine goals, including one against Algeria at the 1986 World Cup.

He would join Everton in 1989, but a knee injury would force him to retire at the age of 26.

What Happened: The youngest Premier League footballer ever, Briggs is now only 27 but currently plays for Maldon & Tiptree in the Isthmian League North Division.

He’d make 13 appearances for Fulham while going out on loan to Leyton Orient, Peterborough United, Bristol City and Watford. He’d then join Millwall in 2014, Colchester United in 2015, Chesterfield in 2017 and Barnet in 2018 before landing with his current club.

Briggs represented England at the U-16, U-17, U-19, U-20 and U-21 levels, but he later elected to make his senior international debut for CONCACAF nation Guyana back in 2015.