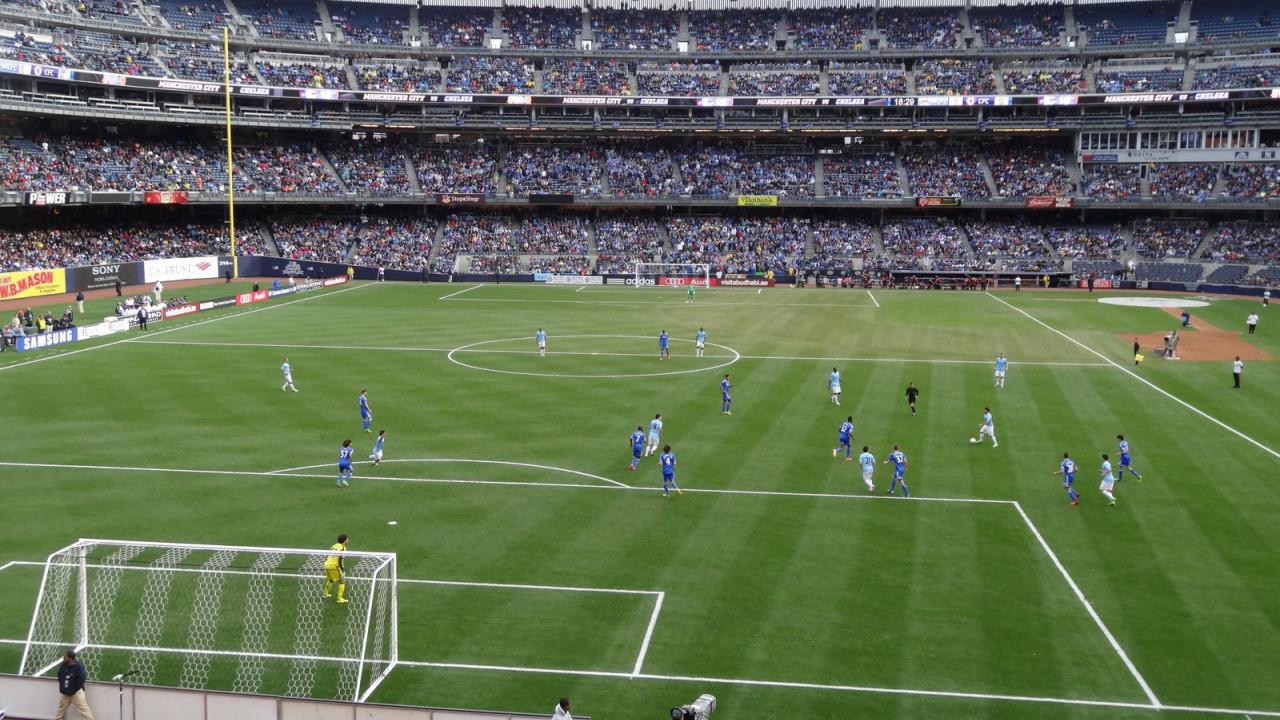 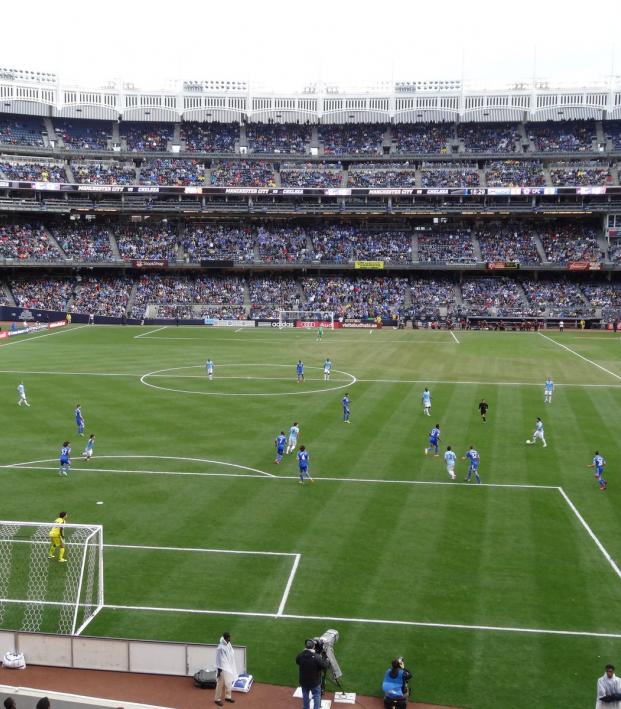 The Worst Stadiums In MLS History

Before MLS, the NASL was a popular competition in the United States, pulling in players like Pele, George Best and Johan Cruyff. NASL clubs mainly played in American football and baseball stadiums, and after the league went broke and MLS succeeded the NASL in the next decade, MLS clubs did not have stadiums of their own starting out.

Because soccer in the U.S. wasn’t as lucrative as other sports, MLS club expenses were saved by sharing space with American football and baseball teams. Unfortunately, the stadiums that MLS clubs had to use were awful in style, in lack of atmosphere, and usually, both.

Playing in American football stadiums may not be all bad — considering the Seattle Sounders have made CenturyLink Field home — but still, it doesn’t help make the league look good. Here are some of the worst stadiums MLS clubs have had to play in since 1996.

The Worst MLS Stadiums Ever

The Kansas City Wizards, now Sporting KC, used Arrowhead Stadium for home matches from 1996-2007. With a terrible color scheme from both the stadium and the club, the whole aesthetic of Arrowhead, plus a team going by the name of "Wizards" just didn’t work. When KC decided to build a new stadium, it abdicated Arrowhead and moved to Community Ballpark for two years. Now KC plays at the beautiful Children’s Mercy Park.

Buck Shaw stadium was always full when the Earthquakes played at home, but that was the best part about it. There’s nothing wrong with sharing a stadium with a university, but it made the Earthquakes look like a minor league club, even if the stadium was full. Besides, the stadium is tiny for a top division soccer team (capacity of 10,525). Nowadays, the Earthquakes have a beautiful new stadium, but unfortunately, Earthquake fans don’t fill it like Buck Shaw.

Sorry San Jose, but you made the list again. If you know anything about the Oakland Coliseum, you'll know it’s not a great place for any sport. Good thing San Jose only used it for a year!

Terrible for soccer, great for concerts. RFK Stadium was DC United’s former home until 2017, when Audi Field was opened. It was the former home of the Washington Redskins, and United quickly made its home at RFK when MLS started. It’s pretty dingy and never could get filled past the lower bowl, spare a few international matches. When a bunch of new clubs in MLS started building their own stadiums, DC United started to look like it was behind the times.

Houston needed a stadium to play in during its first few years, and it’s hard to blame the club for playing in an American football stadium in arguably the most American football-crazy state.

The worst part about the stadium is the fact that there were always gridiron lines on the pitch.

Someone please tell the Krafts to get New England out of Gillette Stadium. When the Revs play in Foxborough, they will always be outshined by the Patriots, not to mention it's an ugly stadium for soccer and not many DPs want to play on turf.

This whole soccer stadium/concert hall design has got to stop. On the outside, SeatGeek Stadium looks like a nice soccer stadium. On the inside, it’s ruined by the concert stage setup on the south stand. In addition, the stadium isn’t even in Chicago, it’s in Bridgeview. No one wants to go all the way out to Bridgeview to watch a Chicago team play.

Columbus Crew’s stadium was the first soccer-specific stadium in the U.S. While it was cool at the time of its construction, it's really outdated and an eyesore these days.

Compared to the rest of the league, Mapfre Stadium looks like a high school football stadium. Oh, and it also has that stupid concert stage design too. But, the Crew are moving to their new stadium in a few years, so no one will have to look at Mapfre anymore.

The home of U.S. Soccer’s Hall of Fame is located at Toyota Stadium. In addition to the Hall of Fame, a new stand with a roof and better seating was added. Other than that, the stadium is pretty ugly.

The color scheme of FC Dallas is red, white and blue for the Texas flag, but the stadium designers chose the two clashing colors of FC Dallas for the blueprint: red seats with blue borders — an odd look to be sure. If the whole stadium looked like the new Hall of Fame Stand, Toyota Stadium would look good. Oh yeah, and there’s a concert stage too.

Okay, the actual plan of DSG park is pretty cool. The seats and the pitch are well designed and well kept. The roof's shape is a homage to the Rocky Mountains, but what doesn’t make sense is that it looks like someone just stacked a few pieces of metal on top of each other and called it good. And why not just, you know, complete the roof? Colorado has its fair share of bad weather, and at most, the roofing covers forty percent of the stadium.

Also, the stadium isn’t in Denver, it’s in the wasteland known as Commerce City. Denver would’ve been the perfect place for the stadium, especially since a ton of young people live there and the Rapids have trouble getting a crowd to matches.

Look, the facade of BBVA Compass is awesome. The glass exterior and the overall feel from the outside tells you it’s a soccer stadium.

Houston Dynamo’s colors are questionable. Not many teams look good in straight orange. What’s worse is that the seats are all vomit orange colored. When people don’t go to Dynamo games, which is pretty often lately, all you see is a bunch of empty, vomit colored seats.

You’d think that Houston’s other colors could’ve worked. All black seats with orange lettering would’ve been amazing and almost intimidating, but it’s understandable that the Dynamo wouldn’t want heat absorbing black chairs in its stadium. No doubt though, BBVA Compass is much better than Robertson Stadium.