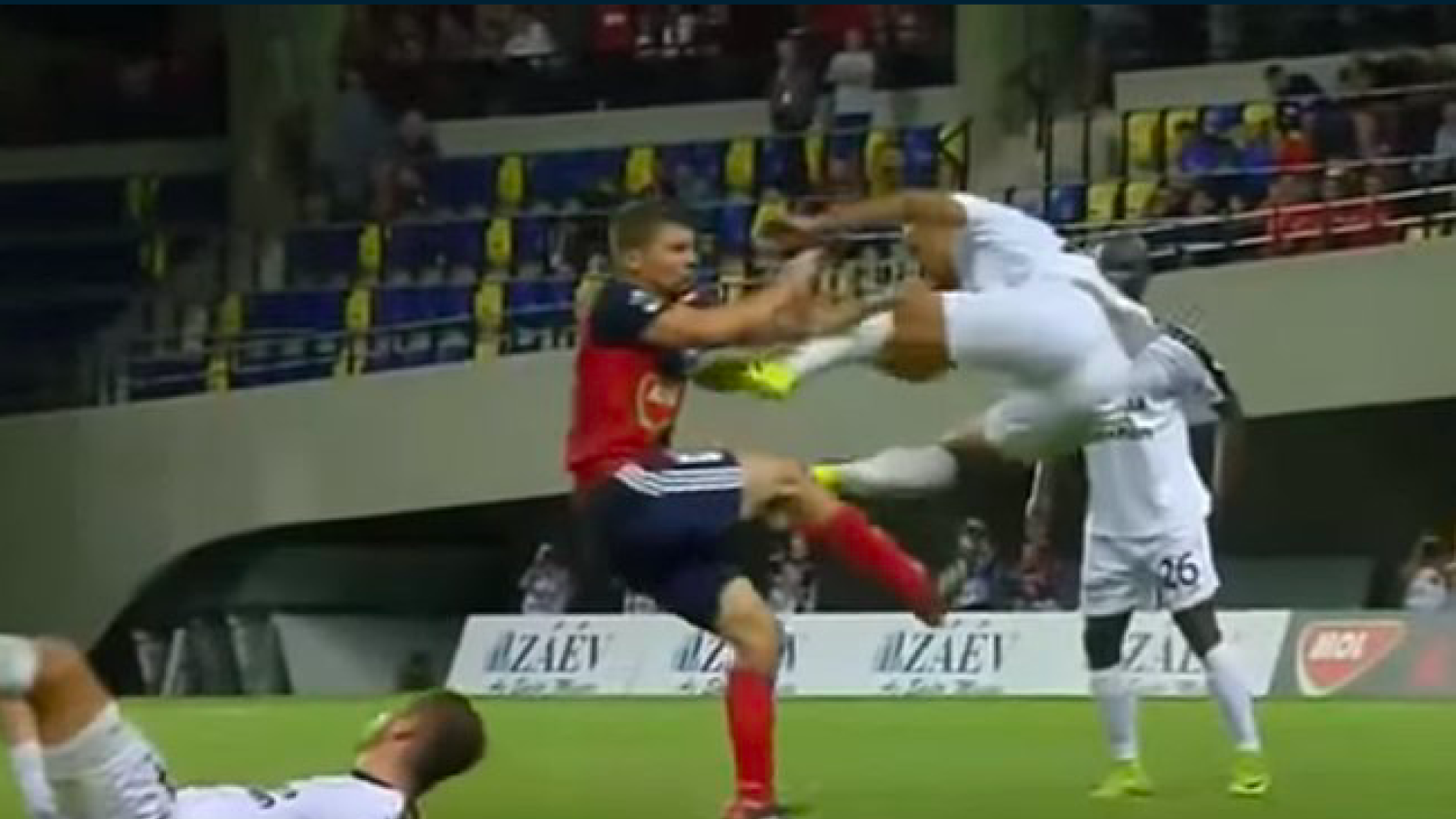 It’s not every day that you see a man nearly impale another with a dropkick.
@waatpies | Twitter

You probably know that before the big guys like Juventus and Barcelona kick off their UCL campaigns, there are a series of qualifying rounds that take place in the summer months before most domestic leagues get started.

Now, here, sometimes things aren’t always so pretty. Not to take a cheap knock at Europe’s minnows but there’s a measurable difference in quality between Premier League or La La Liga sides and say, the teams from the Meistriliiga (that’s the top division in Estonia for all of you dense readers out there).

Take yesterday's fixture between Luxembourg’s F91 Dudelange and Hungary’s MOL Vidi FC in the first qualifying round of the tournament as an example. The Luxembourgish side were down 2-1 and as the final seconds of the game ticked down, defender Bryan Melisse decided that if his side were to exit then hell, why not make it a memorable one.

And so, here we have Bryan Melisse’s feet meeting Mate Patkai’s chest in midair. What a sight to be seen.

“Got the ball ref”

Watch this challenge from yesterday by Bryan Melisse of F91 Dudelange pic.twitter.com/xXpuvGzWt2

Anybody else hear the cracking of ribs? Shockingly (!!), Melisse was shown a swift red card.