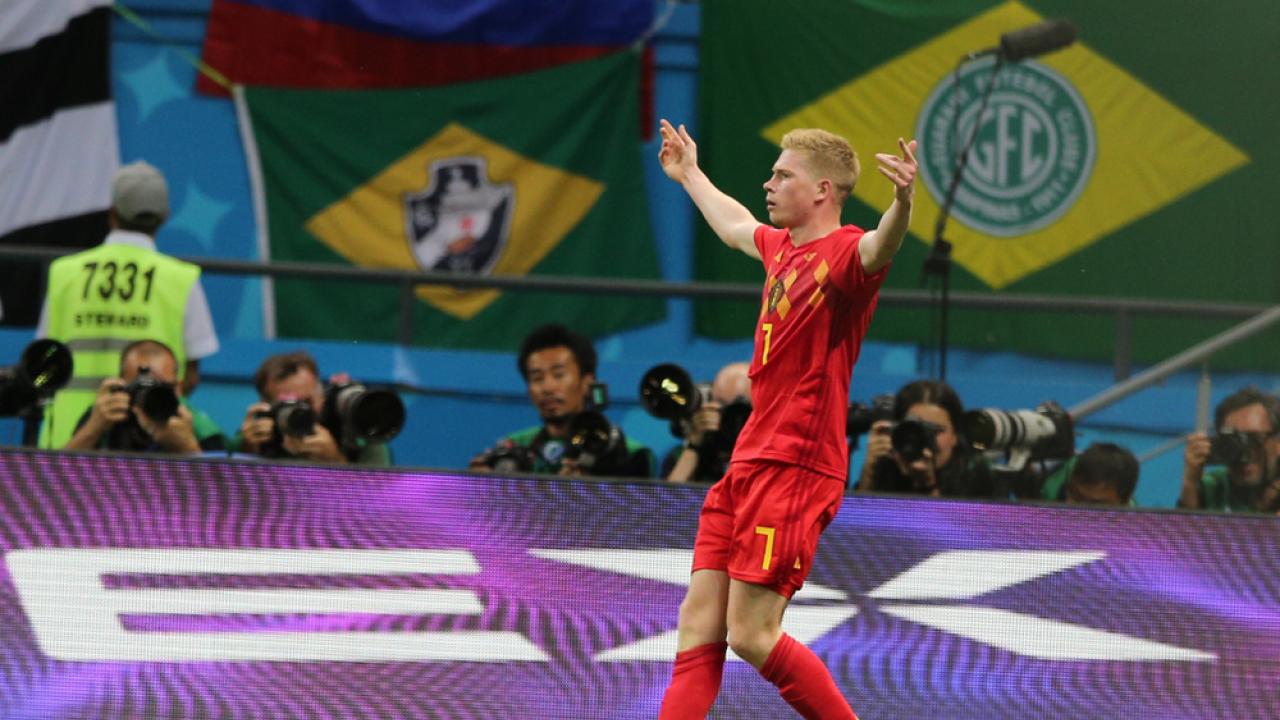 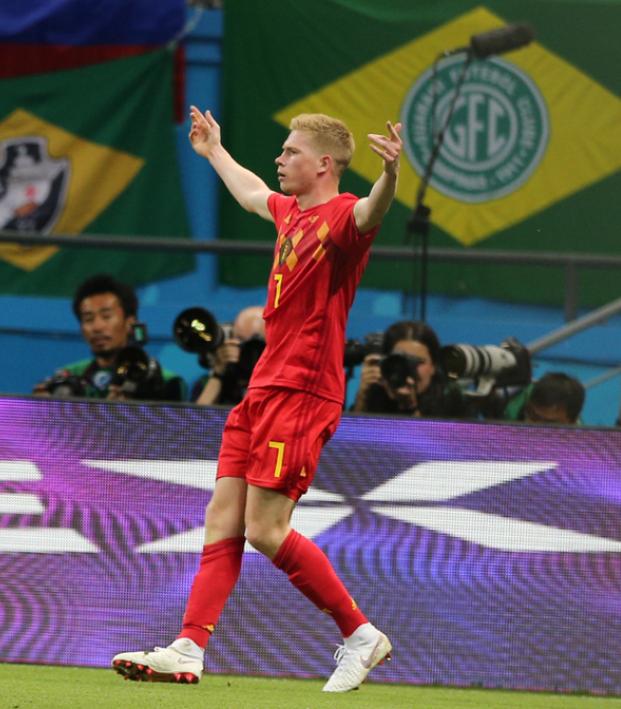 We’re down to the last four teams at the World Cup: France, Belgium, Croatia and England. Who on earth would have thought that these would be the last teams standing? But we’re not complaining. It’s been a World Cup full of surprises and there's definitely room for more. I mean, England won a penalty shootout.

As always, we’ve picked our best lineup from the top performers in the quarterfinals. A 4-4-2 formation is how the team looks again.

Was there really any doubt about this one? Pickford has experienced a meteoric rise in the past few years. He was a member of the Sunderland team that got relegated at the end of the 2016-17 Premier League season and was subsequently snapped up by Everton.

He justified his selection for the Three Lions with an incredible performance in net, making crucial saves, especially when he had to dive to his left to palm away a header to keep the score at 1-0. Pickford will have to be equally sharp, if not more so, if England want to keep Modric and friends at bay in the semis.

Harry Maguire bagged the first goal against Sweden and followed it up with tackles, clearances and everything else you want from a defender. Always a threat from set pieces (AKA Alexi Lalas’ wet dream), Maguire has shown that he is incredibly composed on the ball, and he's been reading the play when defending to perfection.

Meunier operated in a back four for Belgium as opposed to its typical back three with wingbacks, and he was tasked with one of the most difficult jobs in soccer: mark Neymar and keep him quiet. He did pick up a yellow card for his troubles, but apart from that, Neymar did nothing at all. Meunier is his teammate at PSG, so he already knows some aspects of his game, but Meunier was immense as Neymar was shut down and dived his way out of Russia and back to Brazil. Hats off to you, Mr. Meunier.

Raphael Varane opened up the scoring in Les Bleus’ match against Uruguay and was up to the task of nullifying Luis Suarez. His job was made slightly easier with Edison Cavani ruled out injured for the match, but Varane never looked troubled at the back. He’ll need to be ready for the threat of Lukaku and Hazard though.

Kevin de Bruyne was played further up the field compared to his normal role for Belgium, and it payed dividends as he thumped in what ultimately turned out to be the winning goal of the game. He always was a threat on the counter and dribbled the ball around with ease. KDB also tracked back to help out his team when defending, giving a truly world-class performance.

The #BEL counter is a scary thing

What can’t Modric do at this World Cup? Dobby the Elf’s doppelgänger has dropped back into more of a box-to-box role as opposed to the attacking midfield role he played in the group stages, but he has still had an important impact in every game. Modric always looked to penetrate a stubborn Russian defense, and he was calm and composed to convert a penalty in the shootout.

Rakitic has also been a revelation for the Croatian side, operating in a deep-lying playmaker role. He kept the ball, made crucial tackles but most importantly, converted the winning penalty that saw Croatia move into the semifinals. Rakitic somehow always looks so assured on the ball when there is immense pressure on him, and it really is poetry in motion.

Jordan Henderson, what a player. A constant scapegoat for Liverpool and England, Henderson looks to finally have shut up his critics after turning in a performance that was critical for England’s victory over Sweden. He moved the ball around quickly, he chased down Sweden’s players and also made several key blocks, especially when he literally threw himself in front of Sweden’s shots.

I love the roll after the block! RT @vivajoeshearer: Jordan Henderson here has been overlooked due to Pickfords mad save. Blocks the shot, chases the geezer down and then celebrates like a loon after clearing it pic.twitter.com/yZekUMkSeh

Eden Hazard was unplayable against Brazil. No, seriously. He completed all of his dribbles against Brazil, as they had to resort to fouling him to stop his advances. He was a constant menace on the counter, and Brazil’s Fagner will have nightmares of Hazard running at him for years to come. Belgium manager Roberto Martinez will be hoping that Hazard can keep up his form against France in the semis.

10 - @hazardeden10 completed all 10 of his dribbles against Brazil - the most dribbles attempted by a player with a 100% success rate in a World Cup match since 1966. Baller.#BRA #BEL #BRABEL #WorldCup pic.twitter.com/xMLaQVqiTa

Lukaku was also a menace against Brazil. Knowing that Marcelo would fly up the left wing to join the attack, Lukaku would fill the space that he left behind, dragging Brazil’s center back Miranda all the way with him and opening up plenty of space for Kevin de Bruyne and Eden Hazard to attack. He didn’t get a goal for his performance, but he deserved one for the intelligent way he opened up space.