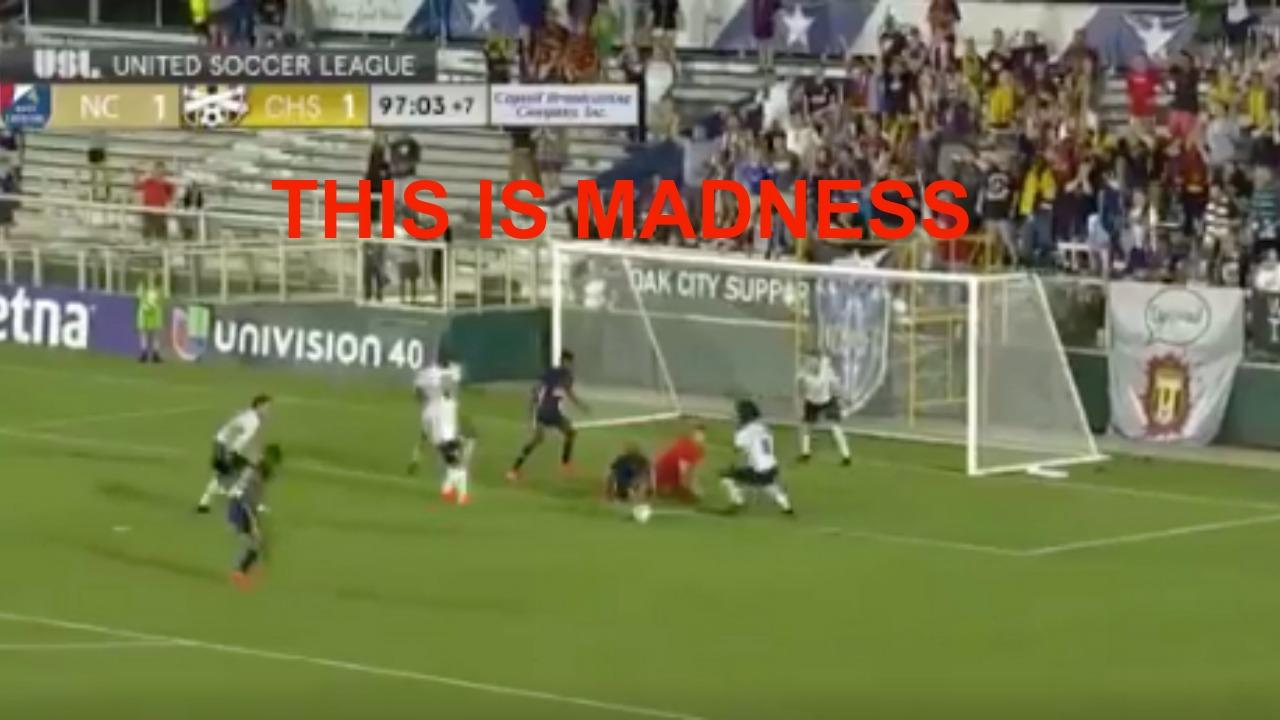 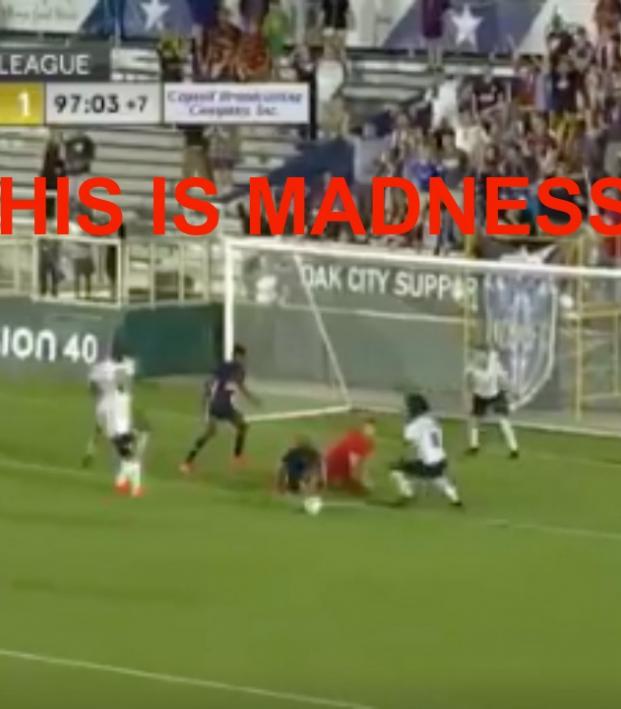 North Carolina FC and Charleston Battery played to a 1-1 draw in USL play on Saturday. Ataullah Guerra gave Charleston the lead in the 63rd minute, but NCFC’s Daniel Rios equalized in the 81st.

Seven minutes of second half stoppage time were added as North Carolina went in search of a winner, and it almost arrived in the 97th minute — if not for a goal-line clearance, a shot off the post, a save from the keeper and a myriad of other blocks/scrambles/deflections/madcap instances of defending.

You’re gonna want the sound on for this one, because the commentary delivers.

Oh my god. North Carolina FC just gave us both the best and worst thing I've ever seen in my life... #SportsCenterNotTop10@NorthCarolinaFC @Chas_Battery @USL @SportsCenter pic.twitter.com/IirtFLgHSK

Charleston currently sits sixth in the Eastern Conference after 17 games. North Carolina is down near the bottom of the table in 13th.