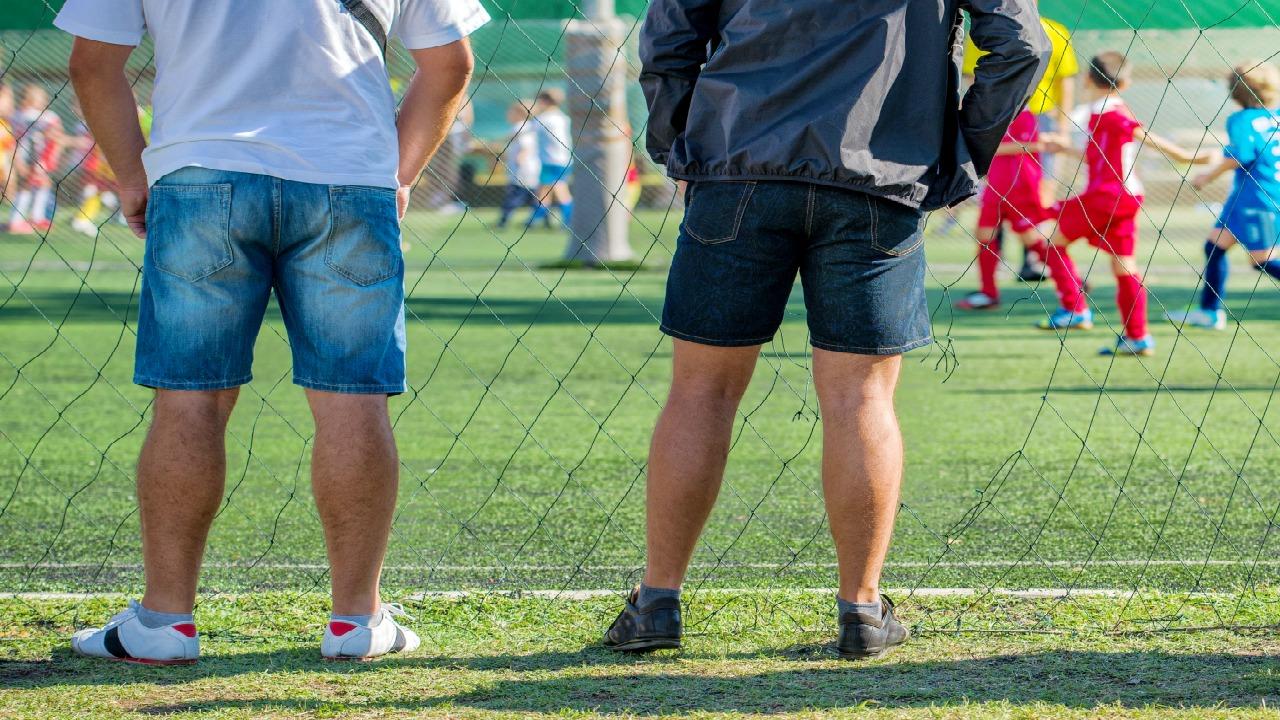 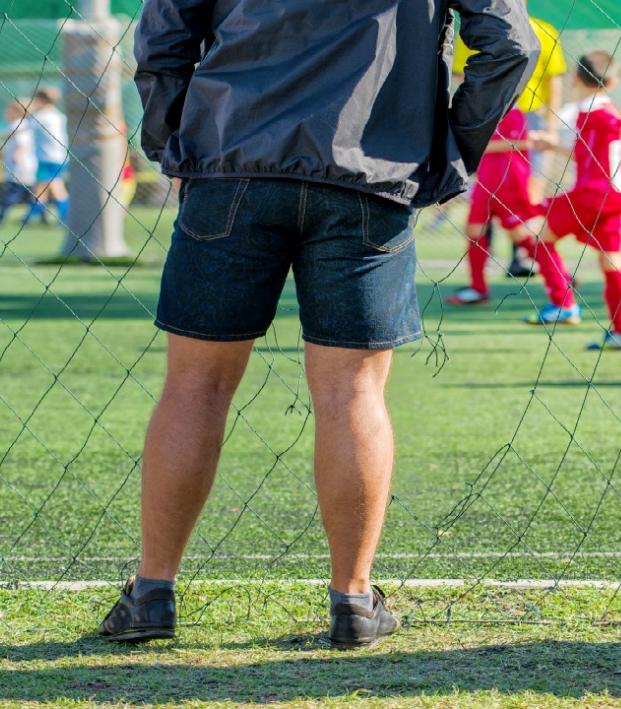 Why Soccer Dads Are Actually Worse Than Soccer Moms

She’s got the mom jeans, a minivan packed full of kids and that oh-so-lovely Karen haircut. You know the one, it’s like a lady bowl cut.

And if you’ve ever been a referee for youth soccer, you know that soccer moms go absolutely ballistic over anything they don’t agree with. But even in all of her motherly glory, there's one thing worse than she… the soccer dad.

If you disagree, then you’re lucky. You've obviously never had to work with a soccer dad. A soccer mom will scream her head off from the sidelines in the comfort of her own shaded lawn chair, but her bark is worse than her bite. 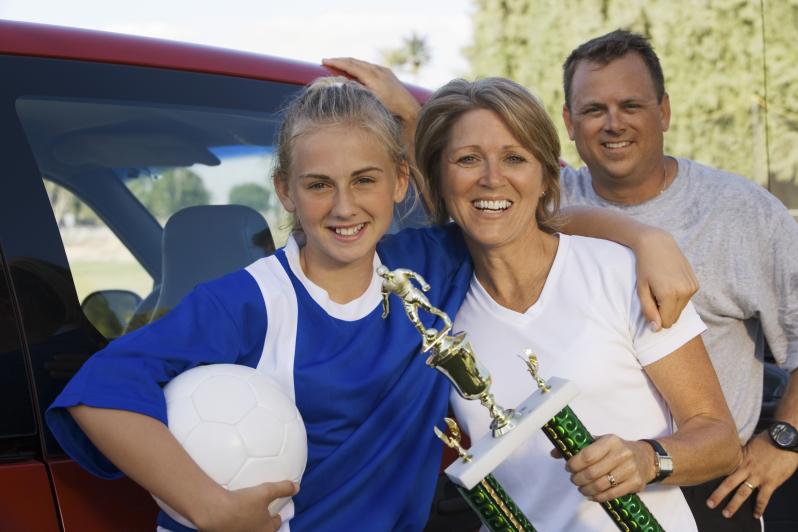 Don't let those smiles fool you...

A soccer dad, on the other hand, is way more viscous and mobile. He stalks the field, head held high, hands in his pockets and sunglasses perched at the top of his magnificent bald head. For some reason, these nightmare fathers think their kid is the best thing to grace the sport since Pelé. And they’re always wrong.

Maybe the fact that their kid isn’t as talented as they think is what makes dads so bruteish — they have to take it out on someone.

For some reason, a referee becomes less of a person when they put on the jersey and whistle. It’s the total opposite of any superhero story ever. I was one of those poor, unfortunate souls that was absolutely demolished by a soccer dad.

Words and logical thought go out the window when a soccer dad gets angry. He becomes an ape that just wants to rip someone’s head off.

I was once a referee, in the good old days. It was my first job and I was at the ripe old age of 16. No one ever tells you how horrible being a referee is and how much worse indoor 3v3 tournaments are than regular 11v11.

I think the heat and sweat fumes are what make people go crazy...

This particular dad showed serious signs of aggression. He would bang on the glass, yell at the kids on his team and at the kids on the other team. It would have been hilarious if he had left me out of it.

What really got this guy going was a bad call on my part. I think I missed a hand ball, but we’ll never know. He apparently was the greatest referee of all time because he saw the call and tried to stop the game because of it. I watched his face turn bright red as his beady shark eyes stared me down. 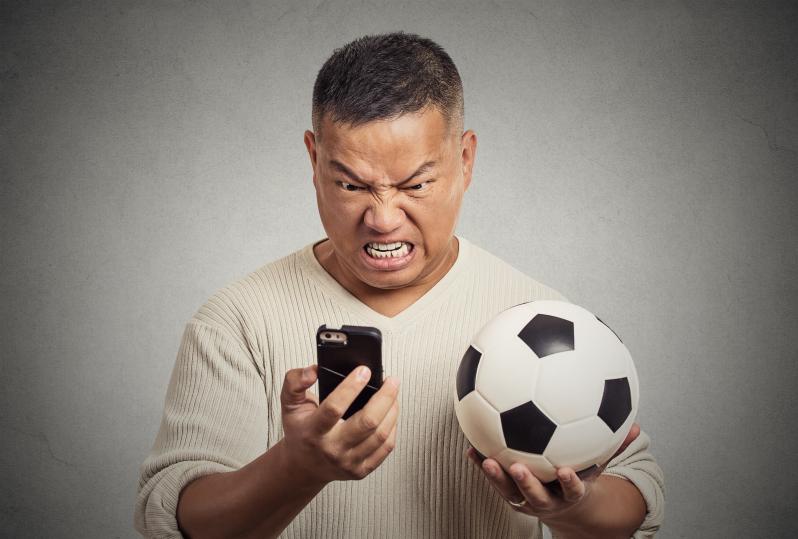 The soccer dad: a largely unpleasant being.

He started yelling some obscenities at me — most were not appropriate for the 12 year olds at the tournament but he didn’t care. He slammed his fists against the glass and pointed a big, meaty finger at me. I did my best to ignore him, sure as hell grateful for the glass separating us.

However, my torture wouldn’t end there… The game ended and I thought he would just go home and complain about my referee skills to his family for the rest of his life. I would have been fine with that. But he found me after the game. My stomach dropped to the floor; I wish my fight or flight instinct had kicked in.

I watched his kid cower in the corner as this soccer dad went off on me. His face was so red and swollen I thought it was going to pop. He had sweat beads rolling down his forehead. I thought he would start breathing fire. I won’t lie, I cried. All the other soccer parents just sat back and watched as a middle aged man terrorized a 16-year-old girl.

And ever since that day I’ve been traumatized… I’ll never forget that guy, he was the worst.

So you might say that soccer moms are simply annoying… But soccer dads are actually terrifying.

I’ve never had a soccer mom find me after a game to insult me. I have also never seen a soccer mom get so crazy. So please, when we talk about soccer parents, just believe me when I say the soccer dad is far worse than the soccer mom.