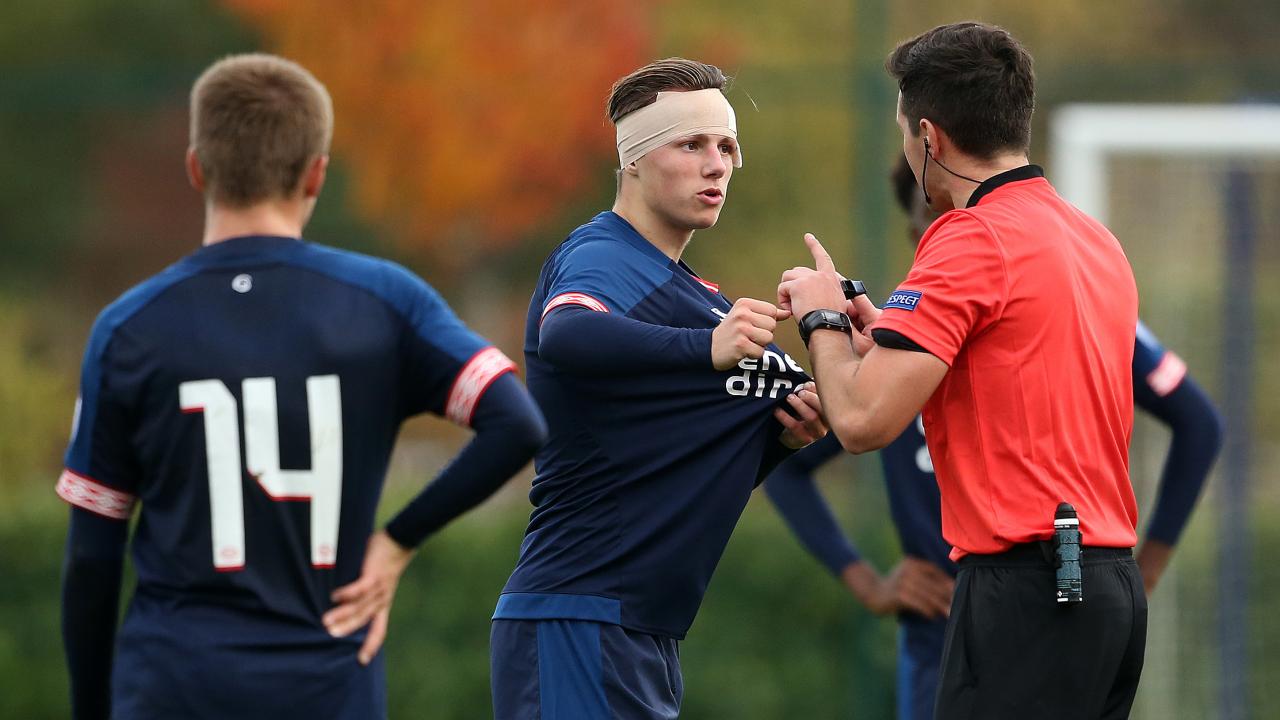 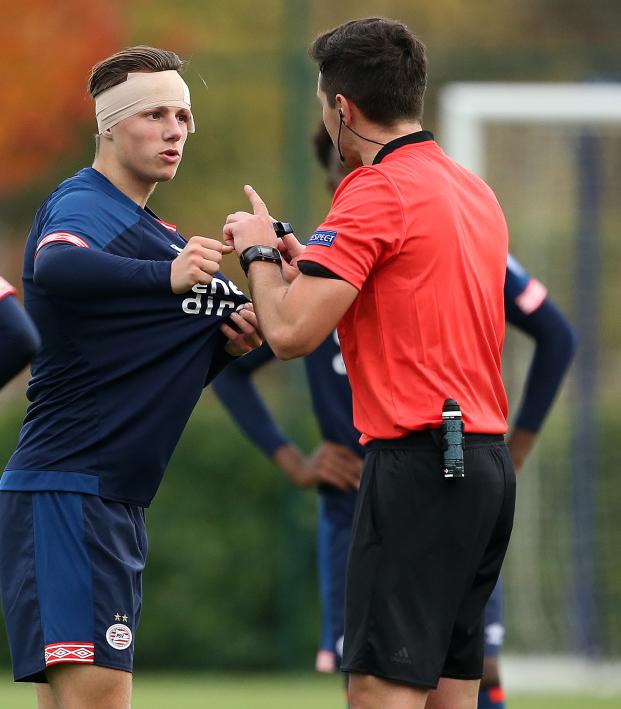 The Best And Worst Youth Sports To Referee

After 12 years away from the sphere of youth refereeing, I feel like I can finally come clean. While there’s a lot to like about making officiating your main means of employment throughout high school — namely the fact that you get to be outside while your friends construct thousands of take-and-bake pizzas at Papa Murphy’s — there’s also a fair degree of post-traumatic stress.

There are definitely moments I’ll never forget: always having to flip a coin to determine who’d be stuck with reffing the eighth graders (although the crew we competed against in the toss was made up of guys in their mid-40s), a coach threatening to beat my 17-year-old brother’s ass in the parking lot and my brother replying “OK, see ya there,” and one ref who was so lazy and so out of shits to give that he called off a game because it had drizzled hours beforehand and there was now “mud on the field.”

But these are my learnings from a half-decade of presiding over football, baseball, soccer and basketball proceedings. For parents and children, this is an apology. For teenagers, this is a guide to potential employment.

Refereeing Youth Sports: The Pros And Cons Of Each Pastime

-Per game, the best pay of them all.

-Games always started early Saturday morning, so you’d be done by the afternoon. No evenings wasted watching the center-quarterback exchange go to hell for the umpteenth time.

-You and your co-worker can come together to discuss what in the hell is going on and clarify all the rules you don’t know in a secretive little huddle that’s accepted by others as probably being a really deep and meaningful discussion.

-You can toss that yellow flag like Joe Montana.

-What the hell are some of the rules and how do you properly enforce said rules, especially when they’re different at every age level?! For example, at the younger levels, there are no kickoffs, so where does the ball start? There are also no punts, so when a coach metaphorically elects to punt on fourth down, how many yards do you mark off? And is it five, 10 or 15 yards for that particular offense we just flagged? If you think about it too long, it really could be any of them. We could’ve helped ourselves out by sticking around through orientation, but what’s the point of that when you can sign-in and leave?

-The solution was to use the Socratic method of questioning to get one coach to unknowingly reveal all. But for punts, the secret was to keep one eye on the field while using the other eye to denote the coach’s expression: if he looks generally pleased with you, put the ball down and let's play; if he looks generally annoyed, keep walking until he looks pleased.

-That goddamn clock that stops and starts and stops and starts and you forget to stop or start your watch one or two times (or maybe for a whole quarter) and you have to guesstimate. Oh the internal panic when a coach would ask “how much time is left?” and you’d look at your watch and realize you’d forgotten to press anything for like seven minutes.

-By eighth grade, there’s usually a rolling battle between the parents of the different teams stationed on opposite sidelines. You’re essentially in no man’s land while expletives and complaints explode around you like shrapnel.

-Some of the coaches — like the one that threatened to kick my brother’s ass in the parking lot — have rage issues.

-It doesn’t help when your brother can’t make it and your dad steps in. He’s heard the stories and, as a battle-hardened youth coach himself, he’s not going to take any shit. He’s also a terrible ref... he whistles a play dead when the running back is in the midst of breaking a tackle and scampering the distance. Dad compounds the godawful decision by ejecting a coach that has a problem with said call.

-You’d ref back-to-back-to-back games. About midway through the second game you’d be losing it. By the time that third game kicks off… christ.

-That red card is never coming out of your pocket. That yellow is a rarity too. You’re basically out there to apply the handball law from time to time and lord over the awarding of throw-ins.

-There’s nothing quite like rambling around that grass carpet under the summer sunshine without a care in the world.

-Tournaments bring better money and there’s a nice, jubilant atmosphere to it all.

-Being an assistant referee sucks. When each team is hoofing it up field to its quickest player, you’ve got an overly active role. Thankfully each team also deploys this strange sweeper defender like 10 yards behind the rest of the defensive line, mitigating the challenge.

-It’s difficult to position yourself in the face of such directness, which is a tactic employed by every youth team in the nation. You’re gonna be sprinting up and down the pitch for the entirety of the game.

-Having an experienced and helpful AR at the youth level doesn’t happen. If you’re the main ref, you can’t rely on them to flag for any fouls, ever. They might also blow an offside call, making your day that much more hellish.

-Listening to parents scream “KICK IT!” and “NICE KICK!” and “SHOOT!” ad infinitum.

-At the other end of the scale is the snob. They've just watched the 6 a.m. Premier League match on NBCSN and there’s no way in hell you understand things on their level and they want you to know that.

-You’re telling me I gotta buy five different colored jerseys out of pocket?

-If the game goes to a certain hour (most little league fields don’t have lights), or if a team is winning by 10 runs, it’s over. There’s no better feeling than reaching one of those landmarks.

-Your strike call: "SssttttIIIIIIIIIck!!!" Basically all the actions and things you get to scream in baseball are fun, customizable and totally acceptable.

-The game is effectively You vs. You. You decide everything because these rainbow pitches crossing the plate are never going to work, but we all have to go home at some point. So your strike zone is large and forgiving (although this angers parents when their kid is at the plate). Sorry tiny kid that attempts to make himself even smaller to ensure a walk — I’m calling three straight strikes.

-Every decision you’re pissing someone off. Both teams — regardless of how you’re calling the game — come to the same agreement: you suck and are favoring the other team. This is baseball's unwritten, inviolable law.

-It can get pretty damn hot in all that gear.

*I didn't get any further than this in the world of basketball.

-You get to sit in a comfy little chair and there’s usually music bumping from somewhere.

-Although you have the headache of managing the clock, you just pay extra close attention to the whistle. You’re like Pavlov’s dog.

-There’s a feeling of power derived from the fact that every basketball game is decided with 1.2 seconds left.

-Sometimes it feels like there are way too many buttons for simple operations and you screw everything up.

-You are inside a smelly, dimly lit gym.

Again, I apologize to all the parents and children that had me as an official. But to all the teens in my position, you have my sympathy.