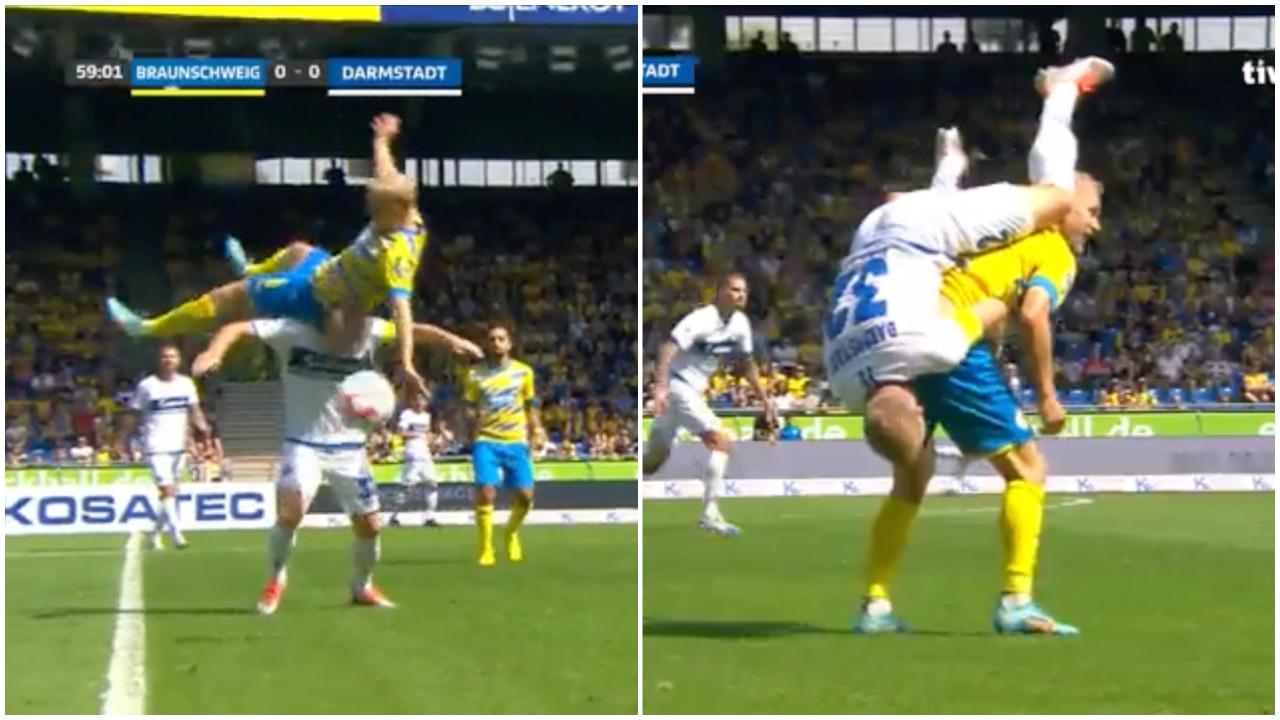 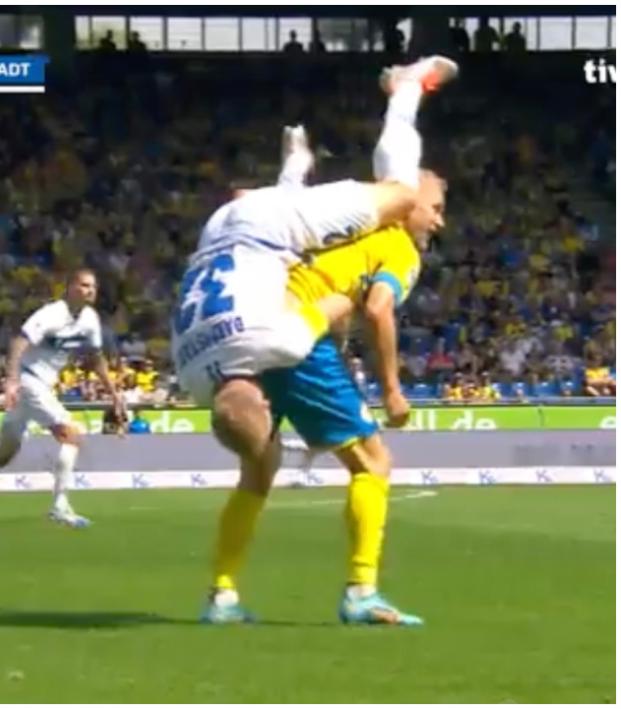 Play Of The Weekend Isn't A Goal Or Pass, It's This Freakish Bit Of Gymnastics

European football returned this past weekend with the start of the 2022-23 season, and we were treated to some stunning moments across the continent like Lionel Messi's bicycle kick, an insane half-volley from France and a brace for Erling Haaland on his Manchester City debut.

But if you want to understand why the world calls soccer the beautiful game, then you have to see what happened at Eintracht-Stadion in Germany's 2. Bundesliga during a match between Braunschweig and Darmstadt.

Yes, soccer produces incredible feats of technical quality and goals of extreme physical violence, but it also has all the subtlety and grace of a Simone Biles floor routine.

Here we have two opponents putting their grudges aside to delight fans with a flawless demonstration of tandem cartwheels.

Nothing to see here between Braunschweig and Darmstadt.

Just a couple of reversals even Dean Malenko would be proud of.

They don't have no award for that.

Here's another angle of the action:

I like how the ref plays advantage with the Braunschweig player flying through the air, but when he glances back a second later it's now the Darmstadt player who's airborne. He's seen enough to blow his whistle.