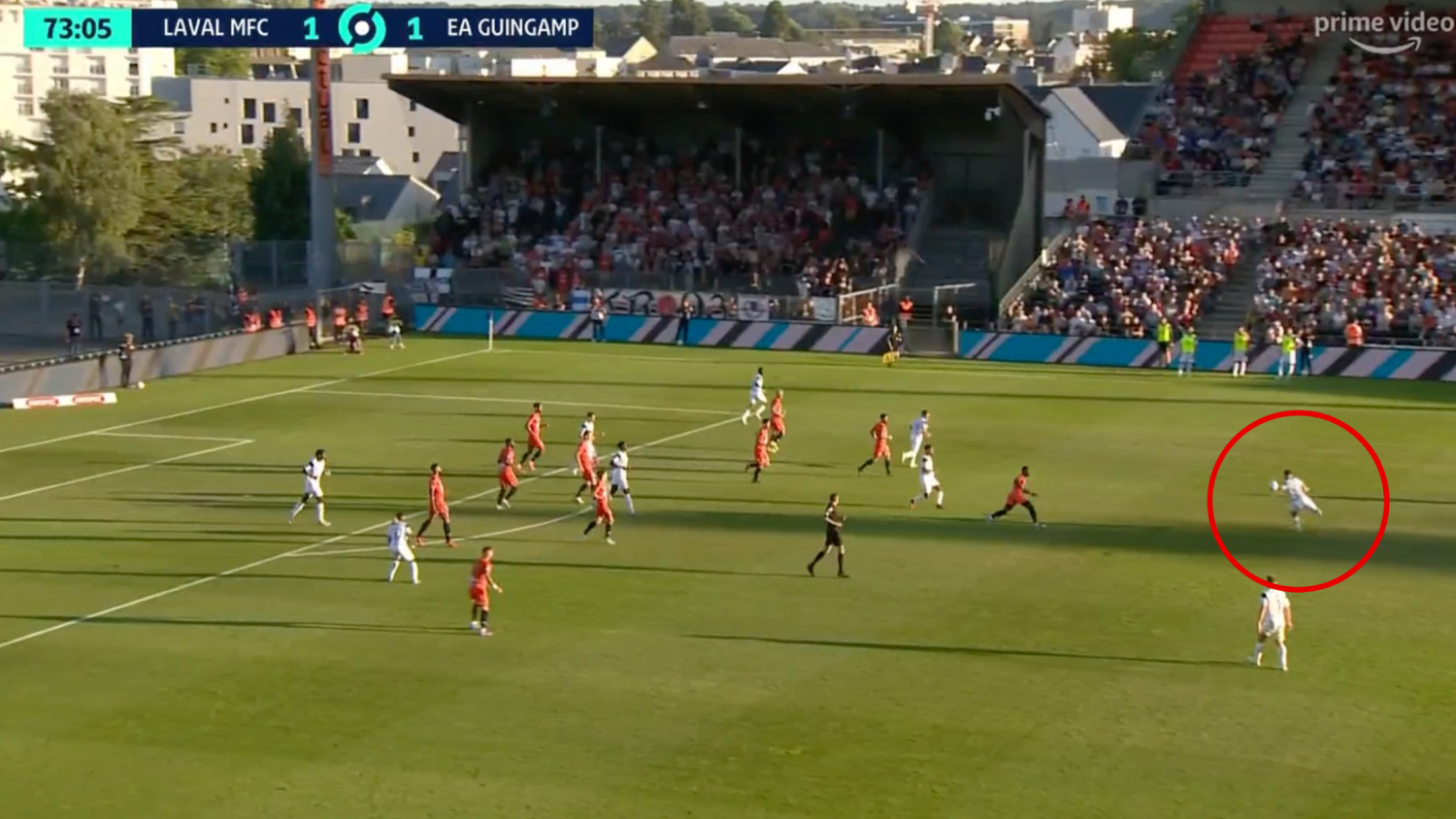 While Lionel Messi captured many of the headlines from France this weekend thanks to his bicycle-kick goal against Clairmont, he was nowhere near scoring the best goal in France this weekend. That honor goes to Guingamp winger Jérémy Livolant, who scored a genuinely ridiculous effort from the better part of 40 yards in Ligue 2.

France’s second division is already in its second week, but Livolant already seems to be in midseason form; 74 minutes into Guingamp’s match and tied 1-1, the Frenchman found himself on the end of a clearance and let out a shot that sent the commentator into hysteria as the ball rocketed into the top corner of the net. Do yourself a favor and watch the additional angles. You won't regret it.

Why he decided to shoot from there is irrelevant. What matters is that he had a rush of blood to the head, just decided to call “game” from forty yards out, and within two seconds he had the Puskás award locked down. It was outrageous, audacious, stupendous. To quote Crash Davis: “Anything that travels that far ought to have a damn stewardess on it.”

After that shot, Air Livolant is officially in service.