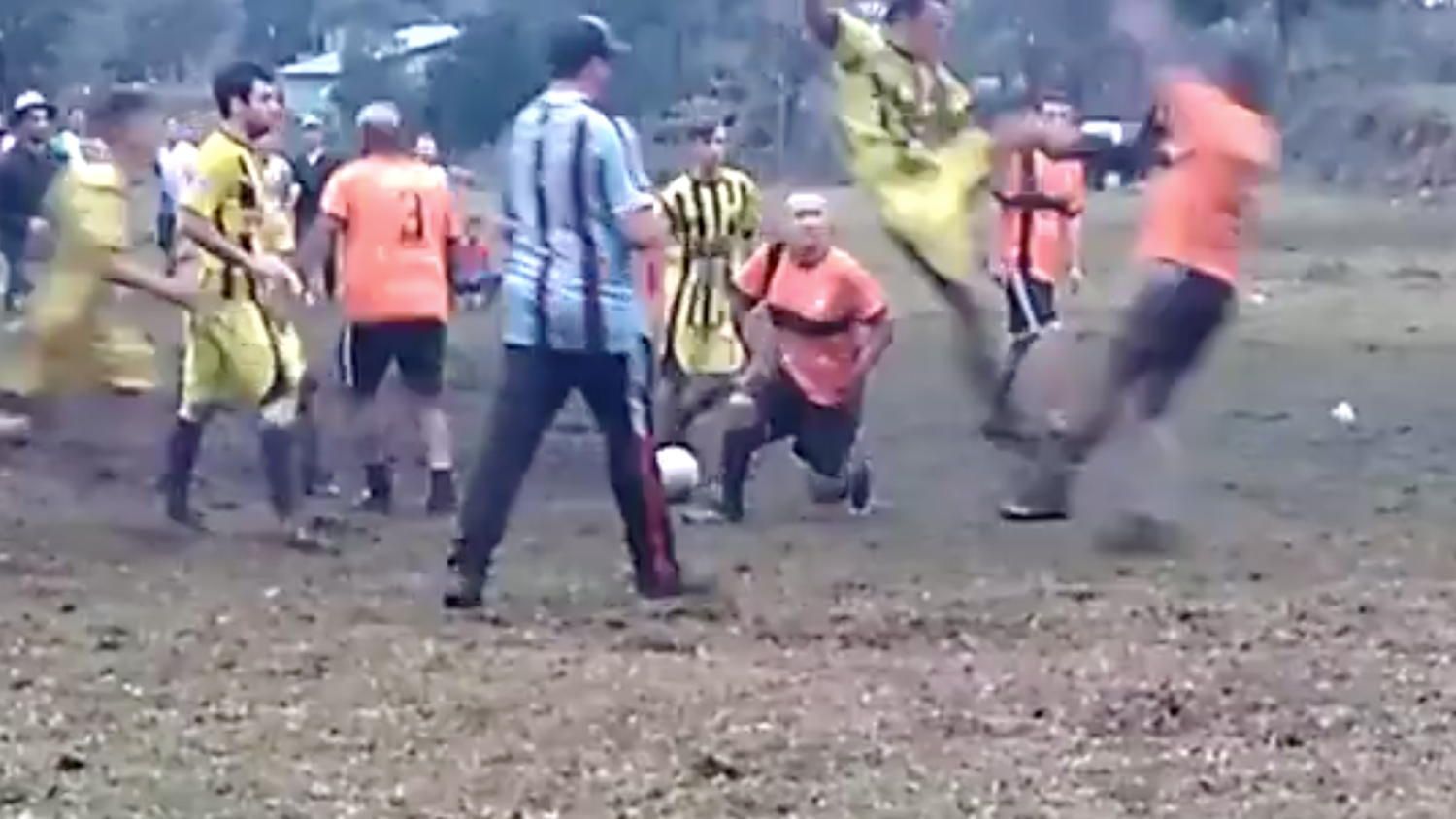 Just another day on the pitch in Brazil.
@Miltonneves | Twitter

What does Joga bonito mean?

Well, we can show you what it doesn’t mean.

Joga bonito usually refers to Brazilians playing the beautiful game beautifully, as only Brazilians can. Think 1970 Brazil in full flowing force or the 2002 Canaries zipping past all comers. It’s Pelé, Ronaldo and Ronaldinho.

But this clip out of Brazil on Saturday shows the complete opposite of Joga bonito, looking more like capoeira than anything else.

Ahh, what a pretty piece of play.

Let’s break this dreadful moment of madness down, because it deserves dissection.

No. 27, we’ll call him Chun Li, comes in late with a flying kick like he someone was holding down the right shoulder button in Street Fighter II. He then decides, despite having taken out the opponent and two of his own teammates, not enough damage was done. So Chun Li gets up and kicks the opponent, who was still sitting on the turf.

Then No. 18 (I think), let’s call him Ryu, comes out of nowhere to send a flying karate kick into the chest of Chun Li, who didn’t really have any room to complain. Ryu clearly went to the Nigel de Jong school of defending.

Most curiously, after it all, Chun Li of all people tried to calm others down. I guess he had gotten his kicks in and didn’t want anyone else to go after him.

The video ends there, so we have no idea how the referee sorted it all out.

Side note: Apologies for the old Street Fighter references, but I haven’t played the game since SFII on SNES.