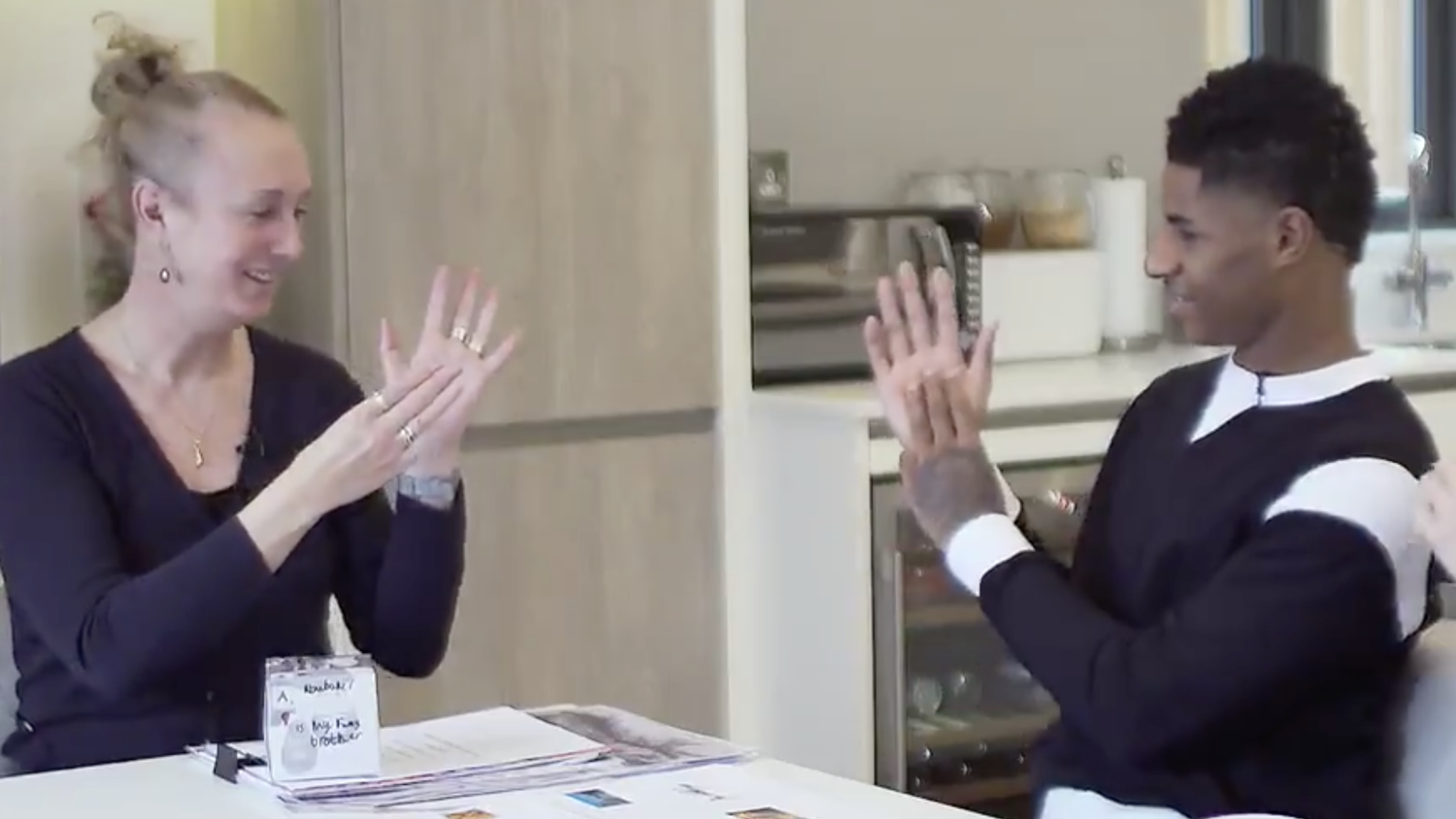 Rashford is hot on the heels of Ben Foster for Nice Guy of the Year.
@BBCBreakfast | Twitter

A week after Ben Foster put the biggest smile on a leukemia patient’s face, Manchester United’s Marcus Rashford is now doing his part for the youth. The Man United man has been sidelined with a double stress fracture in his back since January, but with the extra time off trying to heal, Rashford has been doing some great things in his community.

In early February, a young United fan composed the cutest letter to Rashford asking if he would be a judge for a poetry competition for deaf children. Rashford happily obliged.

I mean how can I say no to this Sheryar, that’s some swerve
Count me in pic.twitter.com/oPAbQqpt3u

One month later, Rashford appeared on BBC Breakfast with an update on how his sign language is progressing.

@MarcusRashford is judging a poetry competition for children with hearing loss #BBCBreakfast’s @sallynugent joined him for his first sign lesson… pic.twitter.com/wvv4Xob7ja

With the alphabet out of the way, surely he's ready for the next step, right? Well, that's up for debate as he accidentally confused the phrase “well done” with “milk.”

As I said, work in progress... https://t.co/NmSOJaPAsk

Regardless of his ability to communicate through sign language, Rashford is setting a great example for what injured footballers can do with their spare time. Perhaps Eden Hazard will find something useful to do during his rehabilitation after a successful surgery.

Manchester United is hoping to see its injured forward return to the pitch before the end of the season. The Red Devils return to Premier League action on Sunday with the Manchester derby against City.