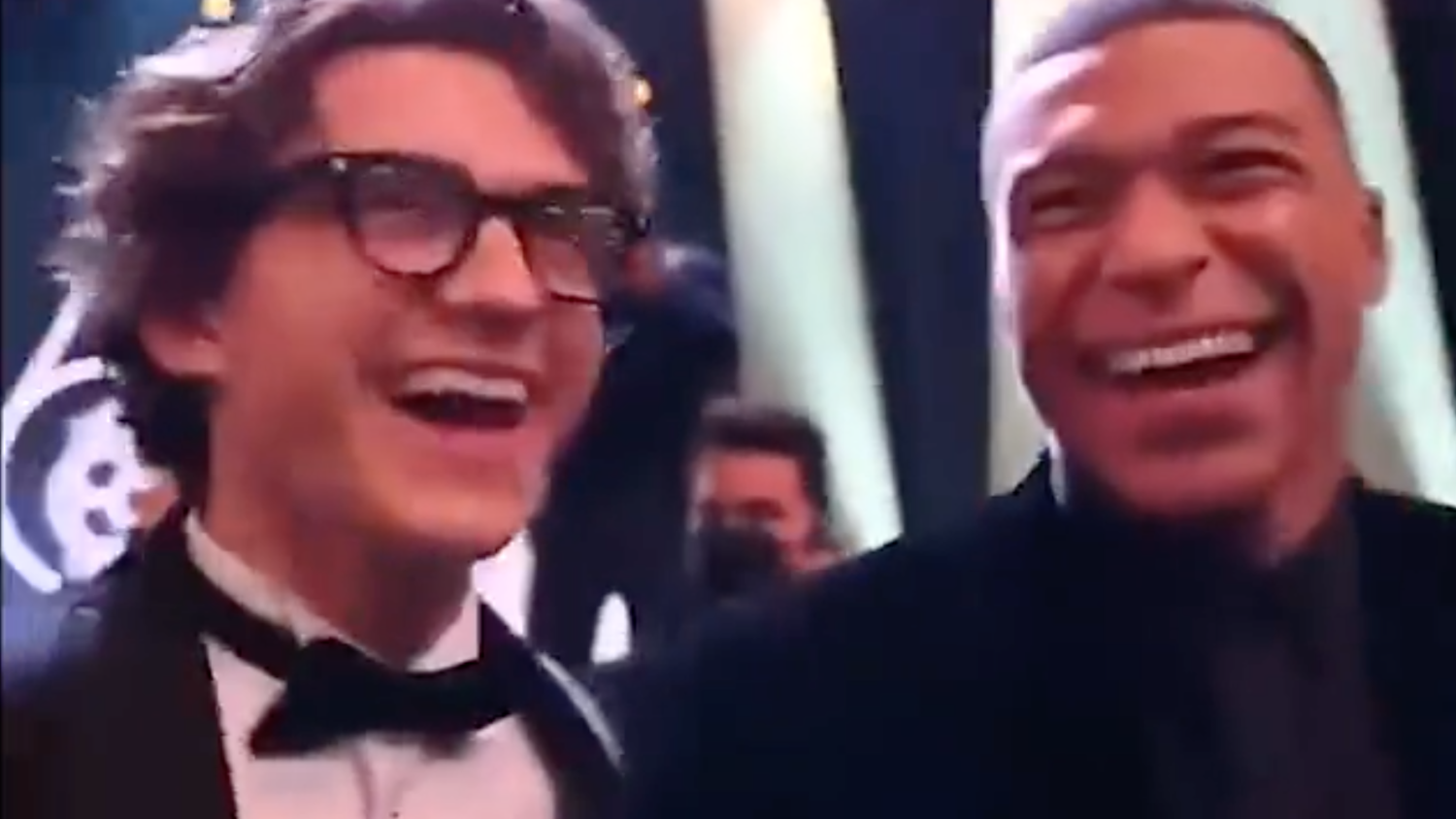 Given the popularity of superhero movies these days, it’s easy to believe they can do anything — one large-chinned figure can snap his fingers and make half the world disappear, another underwear-on-the-outside figure can fly so fast he can reverse time and another dude fires a bow and arrow really well (OK that guy I don’t get). But not even your friendly neighborhood Spider-Man’s webs can ensnare the fastest footballer on the planet.

Tom Holland, who plays the current Peter Parker/Spider-Man, was at the Ballon d’Or festivities on Nov. 29, along with Zendaya, his partner in the Spider-Man movies (the Dune and Euphoria star plays MJ) and in real life. Holland, a London native, is a noted Tottenham fan, so it was probably really great for him to see actual superstar soccer players instead of the lot that trots out for Spurs every week.

Overwhelmed by the planet’s best footballers, of course Holland/Spider-Man tried to recruit players to his beloved Tottenham.

It didn’t go so well.

Holland recently talked about how he tried to convince Kylian Mbappé to join the Lilywhites. The French forward’s response was cold as ice.

A “no” would have sufficed, but Mbappé felt the need to say such a move would be “impossible.” Brutal. Mbappé must be more of a Miles Morales guy.

You can’t really blame Mbappé for his response. With great footballing power comes great footballing responsibility; Mbappé can’t waste his talents on Tottenham. The World Cup winner belongs at one of the world’s most glamourous clubs. Like, say, Spurs’ rival Arsenal, which just so happens to have an opening for a new captain and possibly a lead striker to replace the club’s Black Panther aficionado.

Oh well, it was worth the try for Holland. It hasn’t exactly been the best season for Spurs, who fired their manager and have to be worried about losing Harry Kane. Holland recently said his dream Champions League final is Tottenham against Brentford, but we know that’s never going to happen, not unless he uses his powers for evil to force Mbappé, Erling Haaland, Vini Jr. and Virgil Van Dijk to join Spurs.

(Side note: Is it just me or does Holland sound like he’d be better suited to play a hobbit than an Avenger?)

Honestly though, Holland should have tried to recruit another PSG star to Tottenham. Given his love for comic books and especially Spider-Man, Peter Parker would’ve had better success trying to bring Neymar to Spurs.