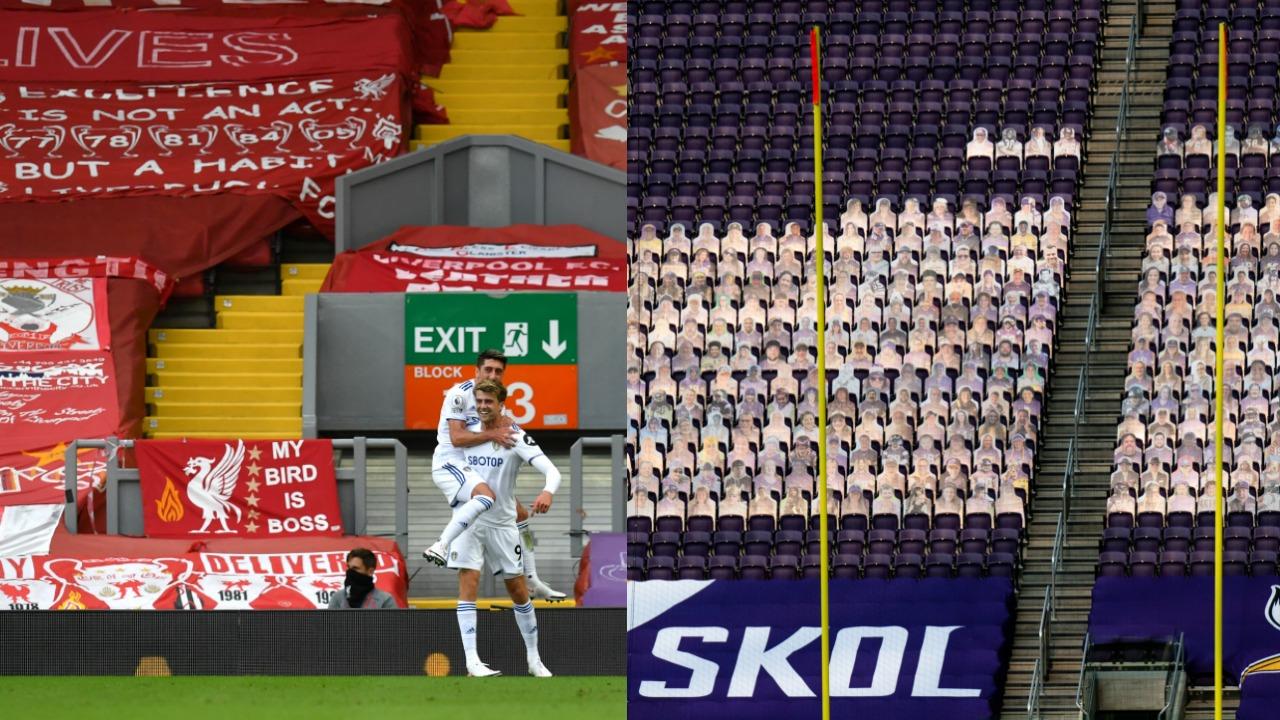 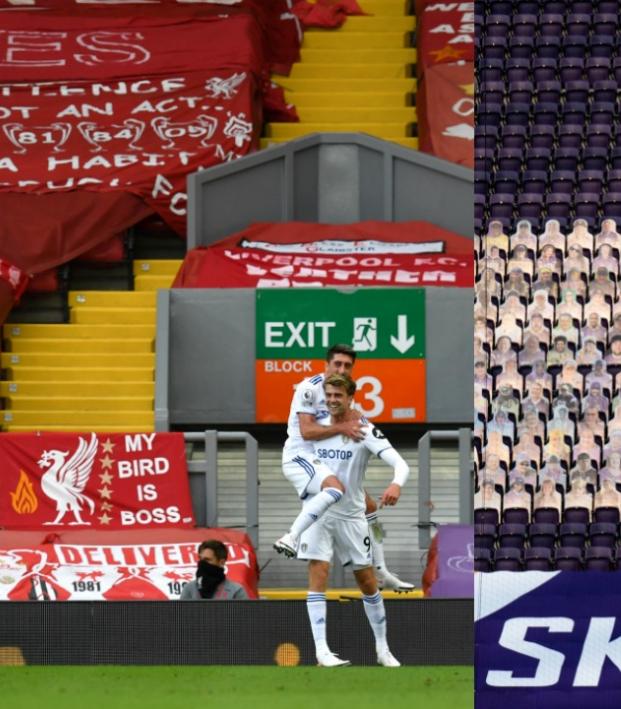 The crisp, serene, hazy weather of an Indian summer descends on the land. Fall coloring dashes the landscape in vivid hues of earthly life. The crack and smoke of an afternoon barbecue rolls into the flame and warmth of an evening fire pit.

Hoodies come out. The beer grows darker. The movies and TV shows are more frightening. All good things.

This is our chance — before the snow falls and the days grow increasingly shorter — to make commune with place and time, and this feeling of hope and expectancy is most naturally reflected in the Premier League table and NFL standings: It’s a new season; it’s anybody’s season.

In normal times this great feeling sweeps over the congregating masses, whether they’re filtering in and out of pubs outside the ground or tailgating in the parking lot.

Before the mood can turn foul or a general understanding of “no, this actually isn’t our season — we’re godawful” can be stomached, there are those resplendent home days when everything that shines is surely gold.

That wasn’t the case this past weekend as both the EPL and NFL kicked off new campaigns without fans in attendance.

Over in England, all eyes were locked on Liverpool as the defending champion welcomed newly promoted Leeds United to Anfield.

On paper, this was a Liverpool team that had vanquished all challengers last season — winning 32 matches, including 18 straight at one point, and pushing its unbeaten home league record to 59 games — against a Leeds side returning to the big time for the first time since 2004.

But Leeds manager Marcelo Bielsa recognized that there was no time like the present to get after Jürgen Klopp’s men.

When asked to wax lyrical about Liverpool’s historic ground, Bielsa provided the sort of bullshit-free response that’s endeared him to so many: “We’re going to play in Anfield, but Anfield is only Anfield if it’s full.”

The rollercoaster of a match — Liverpool thrice took the lead, Leeds thrice pegged them back — was settled in the 88th minute with Mohamed Salah converting from the spot.

“It’s a tough team, to be fair. They had a great game,” Salah said after the match. “There’s no fans but they play, they react really well and they scored three goals against us — that’s huge. I’m happy about the result and we have to keep on improving and try not to concede as many goals. Without fans it’s so tough — especially at Anfield, everybody knows that.”

In the end, Liverpool was one of only two teams to win at home from eight opening fixtures (the other being Crystal Palace). Most notably, Tottenham slumped to a 1-0 defeat to Everton at Hotspur Stadium while West Ham (perhaps thankfully given what might’ve been the reaction) lost 2-0 to Newcastle at London Stadium.

That’s a win percentage of 25 percent. Historically speaking, the home side usually wins 46.2 percent, draws 27.52 percent and loses only 26.32 percent.

Over in the NFL — where home teams almost always win between 55 and 60 percent of the time in any given season — the effect wasn’t as dramatic, although it did slip. Home teams went 8-8 (50%), but the “new normal” was most keenly felt in Minnesota, where the Vikings welcomed the Green Bay Packers to U.S. Bank Stadium in what’s one of the league’s greatest rivalries.

The 73,000-seat stadium — which can reach deafening levels of noise — was completely empty for Sunday’s main event.

In a normal meeting between these two teams, Packers quarterback Aaron Rodgers would be forced to use a silent count in order to get plays off without a false start. Without fans, that bit of home comfort was flipped entirely on its head.

Rodgers — who has one of the most feared cadences in the game — used a hard count on third down to draw Vikings defenders offside. This would be entirely impossible during a normal road game, but it worked on massive third downs on three different drives, leading directly to a field goal and two touchdowns for the Pack.

“This is one of the toughest buildings to play in the National Football League, there’s no question about that,” Packers coach Matt LaFleur said. “It definitely benefited us from an offensive standpoint in terms of being able to use that hard count.”

Rodgers called it “one of the strangest experiences (he's) had in the NFL,” while Vikings receiver Adam Thielen said “it feels like when you’re losing a game and it feels like that the whole game. … There’s just no excitement and there’s just no energy from an outside source.”

Where we go from here is anyone’s guess. While the Vikings opened the season behind closed doors due to a Minnesota mandate that restricts indoor gatherings to 250 people, they’ll travel to Indianapolis’ Lucas Oil Stadium next week, where up to 2,500 fans are allowed inside.

This is the sort of approach that Klopp hopes the EPL soon allows for.

“I've mentioned from time to time that we are still in difficult times, so in this environment where we sit here and talk about football we tend to forget that for a few minutes,” Klopp said. “But things are not sorted out there, obviously. But I really hope that this will not be a season without supporters.

“I hope we can stick to the plans for October-November that some people can come back in a stadium. I really hope that because we have to give these things a try as well. If we can create a safe environment in the stadiums for people, and only then, then there should be opportunity for them, yes. It is part of our life. I hope it will happen sooner rather than later.”

For now, home cooking amounts to little more than constipation inside empty, cavernous stadiums that couldn’t give a shit without the added energy of fans.