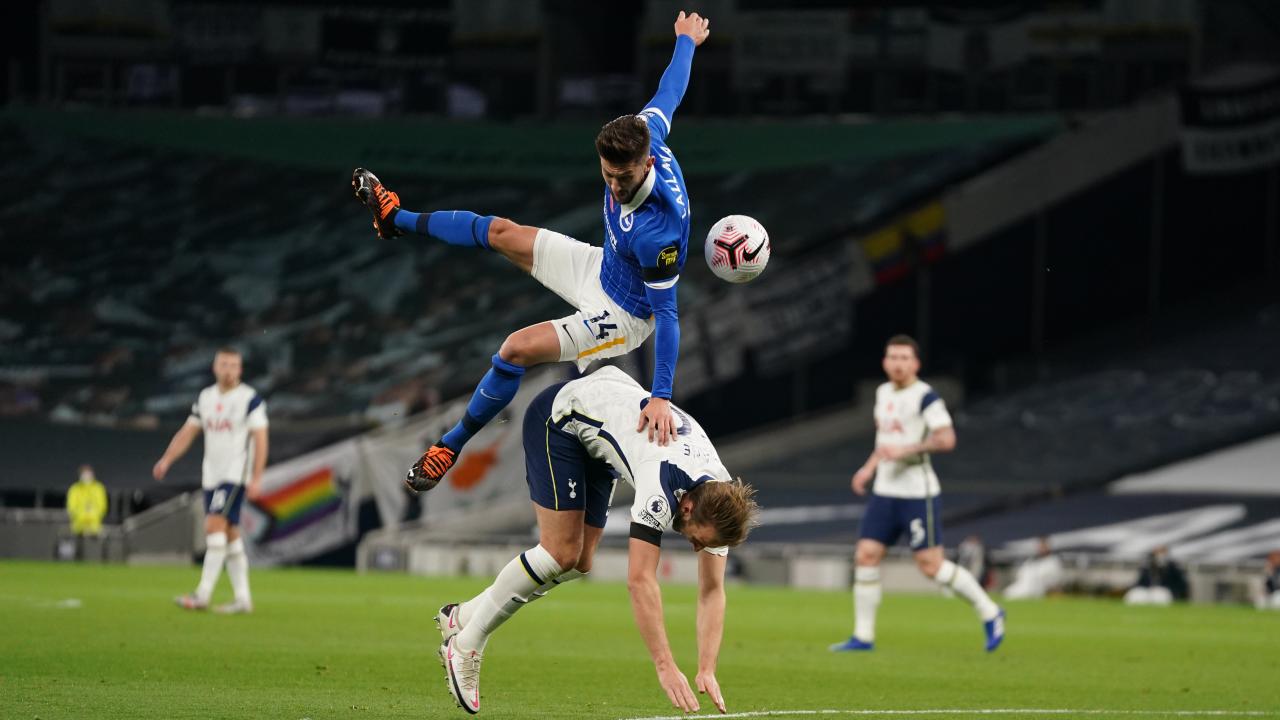 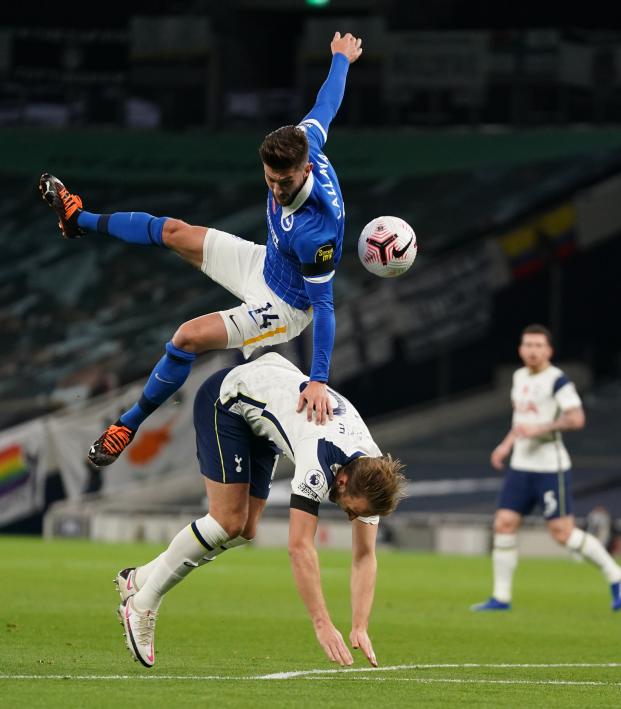 Much of the discussion surrounding soccer refereeing this season has focused on the use of the Video Assistant Referee. The VAR controversy is dangerous to the modern game, but there is another issue — a serious player safety concern — that is being carelessly overlooked because of the VAR commotion.

The most dangerous play in football is currently the aerial challenge.

When the ball is on the floor, modern referees tend to call a pretty tight game. Cleats up challenges, slide tackles from behind and anything high, late or involving excessive force has been eliminated from the sport. This allows for a more free-flowing game and protects player safety.

But when the ball is in the air, it seems that a completely different set of rules applies. Elbows go up, arms are swinging, players are recklessly jumping over or carelessly ducking under their opponents when the opportunity for a header arises. Sometimes players will receive a yellow card for throwing an elbow, but often the only course of action is a free kick.

Nearly every other sport has serious punishments for making contact to the head of the opponent. Basketball gives flagrant fouls which can result in ejection, football also has serious penalties and ejections, and in rugby — the strictest of all — any contact above the shoulders is a penalty and the threshold for ejection from the match is very low.

Yet soccer still lags behind other sports when it comes to refereeing dangerous play around the head and neck area.

One of the most dangerous moves in the game is a maneuver that has been dubbed "The Harry Kane." In this stratagem, the ball is in the air but the player makes no attempt to go up for a header.

Instead, Harry Kane backs into his opponent, undercutting his opposite number when they jump up for a header. The undercut player is put in a precarious position and the result is a very awkward fall, often on their head or back.

The climax of this interaction comes when Kane (or any other player) plays innocent after the deed is done, knowing full well that he looked back, saw the opposing player and deliberately chose to undercut him in the air.

Kane will often come out claiming the be the aggrieved party, holding his back or his head as he is completely indifferent to the fact that his opponent was inches away from a serious head injury.

"We play in a game where you get contacted every other minute probably with the opposition defenders," Kane said in defense of one of his recent escapades, in which the striker undercut Brighton's Adam Lallana but managed to win a penalty for Spurs.

“The ball went up in the air, I tried to get my body there, Adam tried to jump up and he has come through the back of me before getting the ball and the ref made a decision. If that was just from a goal-kick, I don’t think there’s any debate at all. I’m not going to cry if I don’t get it; I’m not going to go over the top if I do get it."

The problem is that Harry Kane is completely naive to the harm he could have caused to Lallana. What he sees as a discussion of the rules of the game is actually an issue of player safety.

Lallana was lucky in the sense that the result of the play was a penalty and not broken vertebrae, but that's not always the case:

South Korean player Lee Seung-mo broke three neck vertebrae and fractured his finger in 2018 with a similar incident. @HKane waits for his opponent to leap then takes his legs from under them causing them to lose control.

Please Retweet and share this before he hurts someone. https://t.co/OJ4zpVrAgs pic.twitter.com/Q9DXelAIA0

Kane is the poster child for this maneuver, but he is certainly not the only one executing it (nor is it as funny as some people find it):

Often, this ducking action is done by other players but is not intentional. When someone is jumping toward you, the natural reaction is to duck and protect your head. But even when there is no intent, it is still a very dangerous move.

The question then becomes, how does soccer end this ducking epidemic and protect players contesting the ball in the air? The answer can be found in any number of other sports that already have blueprints in place for how to properly protect the safety of the players.

One sport that does exceptionally well at enforcing player safety rugby (rugby union, none of that rugby league crap with its awful clothesline tackles and hits to the head). Despite being one of the most physical sports in the world, rugby has a strict set of laws that dictate where and when contact can be made with an opposition player.

When making a tackle, any contact above the shoulder, which includes the head, neck and collarbone area, is deemed a penalty. These types of tackles frequently result in yellow and red cards, and there is a thorough understanding among rugby players that this type of play is unacceptable.

The rules involving contact with a player in the air are equally stringent. Players often jump into the air to contest kicks during the match, but the opponent is not allowed to make contact with them in the air.

Law 9.19c of the World Rugby Laws of the Game reads: "A player must not tackle, charge, pull, push or grasp an opponent whose feet are off the ground."

Contact with a player in the air can only be made if the opponent is also off the ground and making a fair play on the ball. Therefore, the player on the ground has to be aware of the player in the air and is responsible for the safety of the airborne jumper, because even the slightest contact or dip of the head can result in a nasty fall.

None of that Harry Kane naivety is acceptable in the world of rugby.

In the soccer sphere, this means being aware of players who are contesting a header in the air. Either go up and make a legal challenge for the ball or get the heck out of there. I refuse to believe that players who can pick out video game-like passes also fail to recognize when a 6-4 center back is charging in for a header.

Not only should there be more responsibility on the shoulders of players, but if any progress is to happen, referees must also be stricter and more mindful in these scenarios, punishing players who illegally make contact with a player in the air.

While refs can implement some advances, the only way these dangerous challenges can stop is if the laws of the game specifically outlaw them, like in rugby. If leagues can tinker with VAR every year, they can also work with FIFA to make necessary updates to the laws of the game.

This also allows for more focus on how players challenge for the ball in the air, as referees can key in on players illegally using their elbows and knees to get leverage or inflict damage on their opponent, rather than worry about players getting upended.

In the end, it doesn't matter whether Harry Kane tries to hurt other players or not because this is an issue of player safety, and the sport needs to do everything it can to protect its players from serious injuries. Right now, that is not happening.