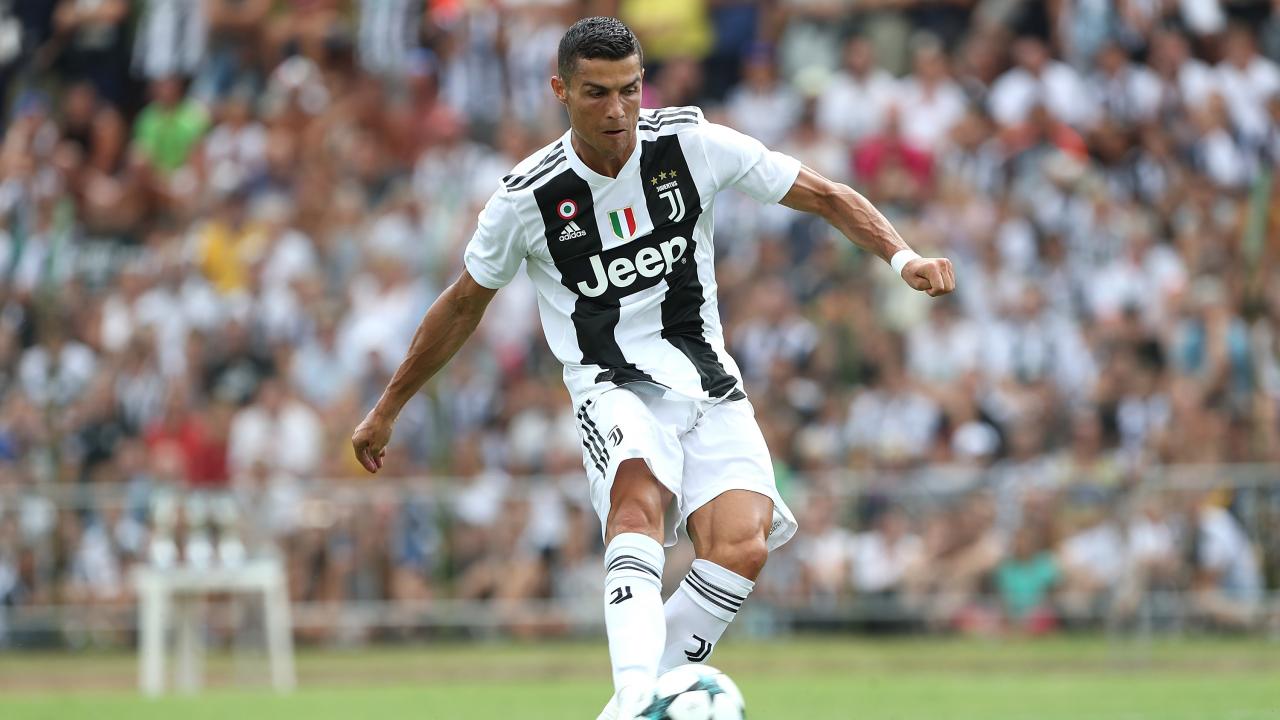 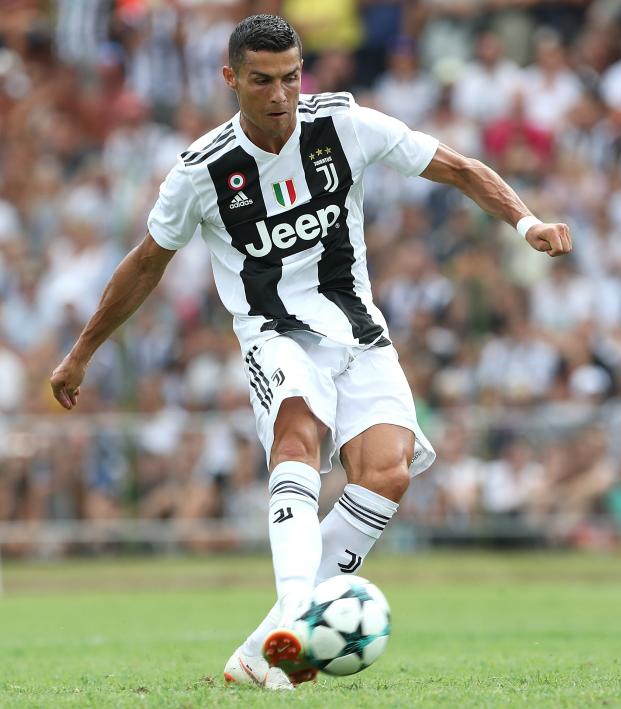 Ranking The 18 Best Serie A Players

Following Cristiano Ronaldo’s move from Real Madrid to Juventus, interest in Italy’s Serie A has increased tenfold around the planet. But even before Ronaldo made the move, the division was experiencing something of a renaissance with clubs like Napoli garnering immense praise for its playing style while traditional powers Inter and Milan began targeting glory again. With ESPN now committed to broadcasting the league stateside, an Italian revolution is upon us.

Compiling a list of only 18 names means that some legends who demand to be included must be omitted (Daniele De Rossi, Andrea Barzagli), and some players who lit up the division last season must be put on hold (Joao Concelo, Luis Alberto). Having said that, here are the top Serie A players heading into the 2018-19 season.

We begin our countdown with one of Italy’s finest prospects, 20-year-old winger Federico Chiesa. Already a recipient of five caps for the Azzurri, Chiesa advanced through Fiorentina’s youth setup before making his senior debut in 2016.

His price tag is reportedly around $80 million at the moment, and he’s attracted attention from Liverpool, Manchester City, Manchester United and, of course, Juventus.

Italy’s top flight has no shortage of world-class keepers, even with the departures of Alisson and Gianluigi Buffon to Liverpool and PSG, respectively. Pepe Reina is as safe a pair of hands as you’ll find in world football and Gianluigi Donnarumma continues to impress at the tender age of 19.

But Inter Milan’s Handanovic has been one of the division’s best keepers for over 11 seasons now (he played for Udinese before transferring to Inter in 2012 for nearly $22 million). The 34-year-old retired from international football after amassing 81 caps with Slovenia, but he’s still going strong with his club — he signed an extension through the 2020-21 season in 2017.

There’s nothing to dislike about Papu. The 5-5 attacker is the creative force behind everything good at Atalanta and the side’s captain. He’s been an absolute maestro in Italy over the last three seasons, including a monstrous 2016-17 campaign in which he scored 16 goals, registered 10 assists and lifted his side into the Europa League.

Although his goal tally sunk to six last campaign, he still tallied 10 assists (fourth most in the division) and inspired La Dea to the Round of 32 in the Europa League. His average of 2.9 key passes per game in 2017-18 was tops in Serie A.

The maverick midfielder spent four and a half hugely successful seasons with Roma before transferring to Inter in June for around $43 million. He was instrumental in Roma’s surprise push to the Champions League semifinals last season, starting 11 matches while scoring two goals and adding two assists.

During the 2016-17 season, he recorded 11 goals and five assists in 37 appearances, all of which helped Roma to a club-best total of 87 points (although the team still finished behind Juve).

He’s a polarizing figure — a statement best justified by his smoking habits (his New Year’s Eve 2018 video was a little too lit for most Roma fans) and his omission from Belgium’s World Cup squad. However, there’s no denying that he’s an absolute monster in the middle of the park.

Hamsik’s game has gradually evolved into a deeper position to support the Naples Trinity, but that didn’t stop him from overcoming Diego Maradona as the club’s all-time leading scorer last season. The new campaign will mark his 12th season in Naples, and the Slovakian has 120 goals to show for it.

His eye for goal is uncanny, but he’s also twice finished as the division’s top provider while thrice being named to the Serie A Team of the Year.

He’s an ever-present for Napoli, appearing in all 38 league games for each of the last three seasons. He’s tireless, versatile and a player that would certainly be near the top of the list when discussing that undefinable concept of footballing IQ.

The 2016 Serie A footballer of the year experienced a disastrous year-long stint with Milan last season, but he’s quickly returned to Turin with the hugely promising Mattia Caldara going the other way. Still, there’s no denying the 31-year-old’s immense quality.

Of Juve’s legendary back three consisting of himself, Giorgio Chiellini and Andrea Barzagli, Bonucci has always been regarded finest footballer of them all.

He’s renowned for his ability to start moves from the back, but he’s also long since established himself as one of the toughest defenders on the planet.

Perisic returns to Inter after a massive World Cup campaign, which included important goals against Iceland, England and Croatia’s first in the final. Perisic’s role with Inter is no different.

Last season, he registered 11 goals and nine assists in 37 appearances. His contributions played a large role in Inter’s return to the Champions League, and he penned a contract extension to stay at the club through 2022 despite being constantly linked with Jose Mourinho’s Manchester United.

The 34-year-old is entering the twilight of his career, but a place in the 2017-18 UEFA Champions League Squad of the Season and the FIFA FIFPro World XI second team speaks volumes about his continued brilliance.

He missed a number of matches last season due to various muscular injuries, but he’s the face of Juve’s insatiable quest for more trophies. Regardless, it’s been accepted that a fully fit Chiellini could probably mark three attackers out of a match by himself. That might be hyperbole but maybe not.

Edin Dzeko you beauty.... what a goal #NapoliRoma #AsRoma pic.twitter.com/fhMy1p0OmU

After finishing as Serie A’s leading scorer in 2016-17 with 29 goals in 37 appearances, Dzeko showcased just how much he’s flourished at Roma following his Manchester City days by spearheading the side’s journey to the Champions League semifinals.

Dzeko scored eight goals in 12 appearances in Europe’s premier club competition last season, earning himself a spot in the UEFA Champions League Squad of the Season. Remarkably, he scored in both legs of Roma’s win against Barcelona in the quarters and both legs of Roma’s wild 7-6 aggregate defeat to Liverpool in the semis.

Like Dzeko, Pjanic’s international profile is somewhat reduced by playing for Bosnia and Herzegovina (although both were magnificent in helping the nation qualify for the 2014 World Cup). There’s no other explanation for how criminally underrated he is.

He’s arguably the most talented dead-ball specialist on the planet, and although he’s not renowned for his physical qualities, there’s a growing rumor that Real Madrid views him as Luka Modric’s successor in its midfield.

He’s equally adept at playing in front of the back four as he is further up the pitch, and he eloquently combines his playmaking ability with immaculate defensive awareness and tactical understanding.

Perhaps the most talented Italian attacker of his generation, the lasting image of Italy’s failed World Cup qualifying campaign will be that of Insigne sitting on the bench against Sweden while Gian Piero Ventura failed spectacularly with his selections.

After scoring a career-best 18 goals in 37 appearances in 2016-17, Insigne managed eight from 37 last season, but he did set a personal high with 11 assists throughout the campaign, the third highest total in the division.

Sergej is probably the most sought after midfielder on the planet after the 23-year-old Serbian took Serie A by storm last season. Standing at 6-4 and blessed with pretty much every attribute you’d look for in a midfielder, he’s been compared to the likes of Paul Pogba and Yaya Toure.

With 12 goals in 35 appearances last season, Sergej led all midfielders in Serie A. He’s reportedly being closely watched by Real Madrid, Juventus and AC Milan, but Lazio is looking for more than $125 million for its prized asset.

With 111 goals in 177 Serie A appearances, no player’s been as consistently prolific as Higuain over the last five years. Yes, he has his detractors for failing to fire both Argentina and Juventus to glory (his inability to score more than five goals in a UCL campaign for Juve is what brought the club to Ronaldo), but fans of the Rossoneri know they’ve landed a sweet deal.

With the 30-year-old leading the line, Milan’s confident that a return to the Champions League is in the cards.

For the 2016-17 season, Mertens moved from his normal position out wide to the center of Napoli’s attack, and the Belgian has flourished ever since. That campaign, he scored 28 goals in 35 matches. Last season, although those numbers dropped somewhat, he still scored 18 in 38.

His ability and penchant for the spectacular was again on show this summer with that goal he scored against Panama. He was an important part of Belgium’s third-place finish and took his cap total to 75 in Russia.

Inter’s talisman, the 25-year-old has been an absolute force in Serie A over the last four seasons, scoring 91 goals in his last 137 appearances for the club. Last season was his best yet as he finished joint top scorer alongside Ciro Immobile with 29.

He’s had a perplexing international career with only four caps and zero goals, as well as being dropped from Argentina’s World Cup squad, but he’s an icon in Milan. The club’s desperate to tie him down to a new, longterm deal with Real Madrid hovering.

Lazio came oh so close to qualifying for the Champions League last season, and a lot of that was down to the work of Immobile. Along with finishing joint-top scorer in Serie A with 29 goals in 33 appearances, he also added nine assists.

He’s reportedly being targeted by Tottenham and Napoli, but he’s also said to be loving life in Rome, where he’s now scored 52 goals in only 69 appearances.

It was onwards and upwards for Dybala last season as the Argentine registered a career-best total of 26 goals in 46 appearances. His 22 goals in Serie A trailed only Ciro Immobile and Mauro Icardi, but he also added five assists.

Due to his preferred position on the pitch (extremely similar to that of Lionel Messi’s), Dybala only registered 22 minutes on the pitch in Russia. However, the 24-year-old is Juve’s prized asset and he represents the future for La Albiceleste.

| Cristiano Ronaldo’s first goal for Juventus on his debut for the Italian giants against their B team.

He scored just EIGHT minutes into his debut! pic.twitter.com/02sGItujzL

What needs to be said? A five-time Ballon d’Or recipient, five-time Champions League winner and the holder of pretty much every major goalscoring achievement in Europe (Real Madrid’s all-time top scorer, most goals in the history of the UCL, the continent’s all-time leading international scorer, etc.), the 33-year-old continues to redefine the game.

With 44 goals from 44 appearances last term (including 15 in the UCL), Ronaldo is seemingly still at the height of his powers. He’s redefined his game from that of a dazzling winger to that of a menacing, lethal center forward, but as he demonstrated with Portugal at the World Cup, he’s still very much capable of doing it all.