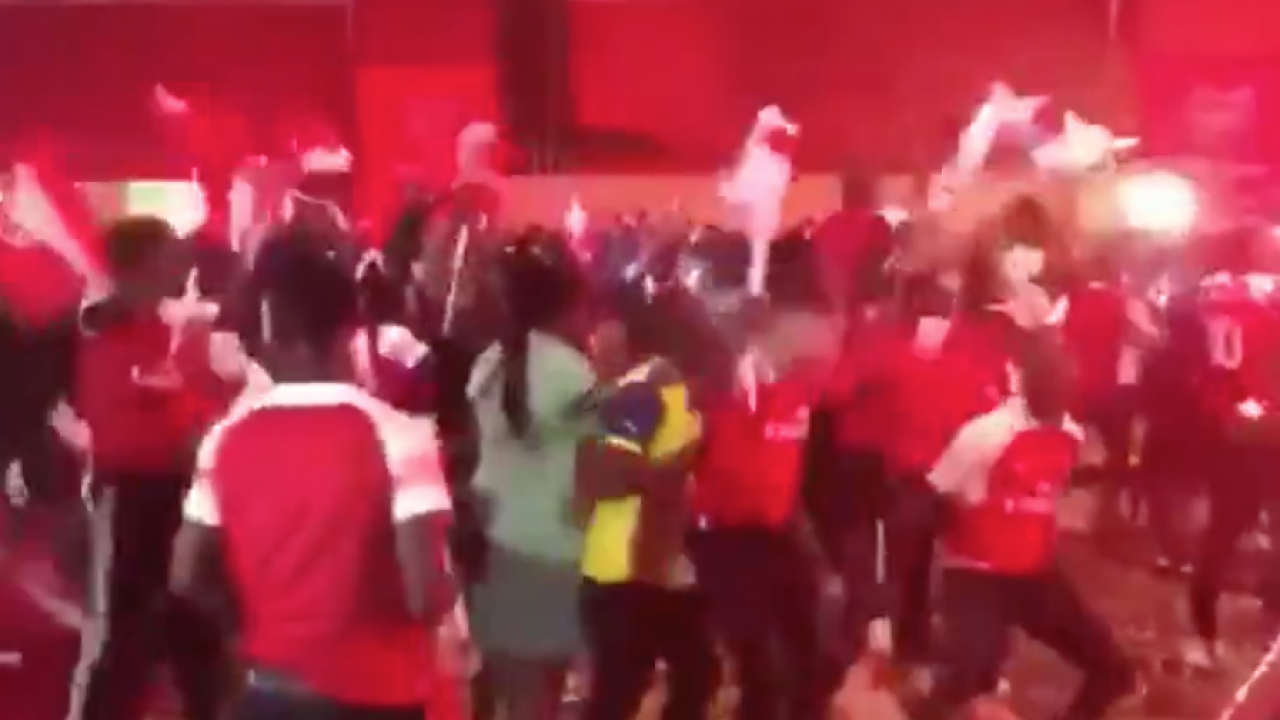 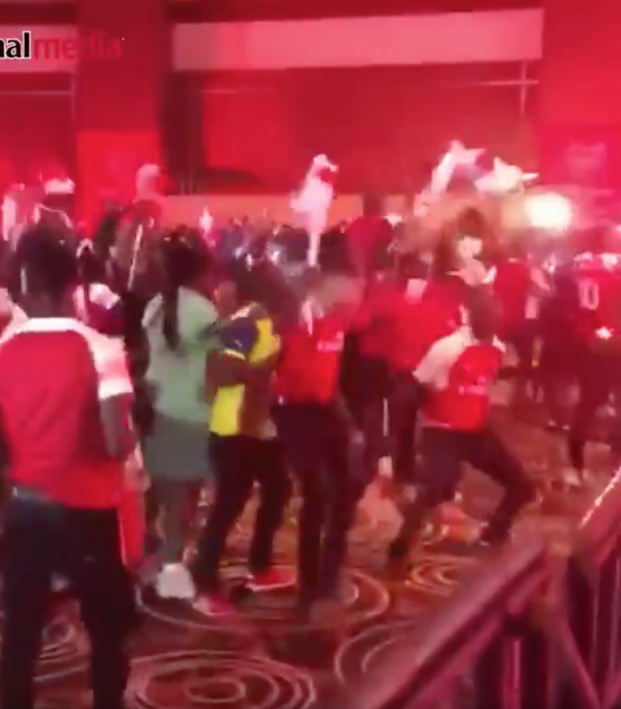 Arsenal’s 1-1 draw with Liverpool was an engrossing match on Saturday. But don’t take our word for it, take it from these Nigerian Arsenal fans.

Liverpool remained unbeaten in the Premier League and Arsenal kept its 14-match unbeaten streak in all competitions alive as the two English giants battled to an entertaining draw. James Milner scored the opener in the 61st minute and for a while it appeared the Reds (in purple) would go on to score a big road win.

Then came Frenchman Alexandra Lacazette, who scored a fantastic equalizer in the 82nd minute to secure the Gunners a share of the spoils.

LACAZETTE! Beautiful from him! pic.twitter.com/zJxG8fRjGN

The play began with midfielder Alexi Iwobi (playing at left back as Arsenal chased an equalizer), who made an incisive pass to spring Lacazette. Iwobi, a Nigerian international, had plenty of Arsenal supporters back in his home country excited about the goal.

At a watch party in Lagos, Nigeria’s largest city, Nigerian Arsenal fans celebrated like they had just won the World Cup.

Gotta love that kind of passion, from the numerous red flags to the fantastic dancing. It certainly looks more fun than your average watch party in the United States.

Arsenal was putting on a special screening of the match for fans in Lagos and the passion was evident right from the kickoff, not just for Lacazette's goal.

We're putting on a special screening of tonight's game in Nigeria

Just imagine how the fans would’ve reacted if Iwobi had scored a late winner.