Morocco Shows The World Some Ways Not To Treat A Concussion 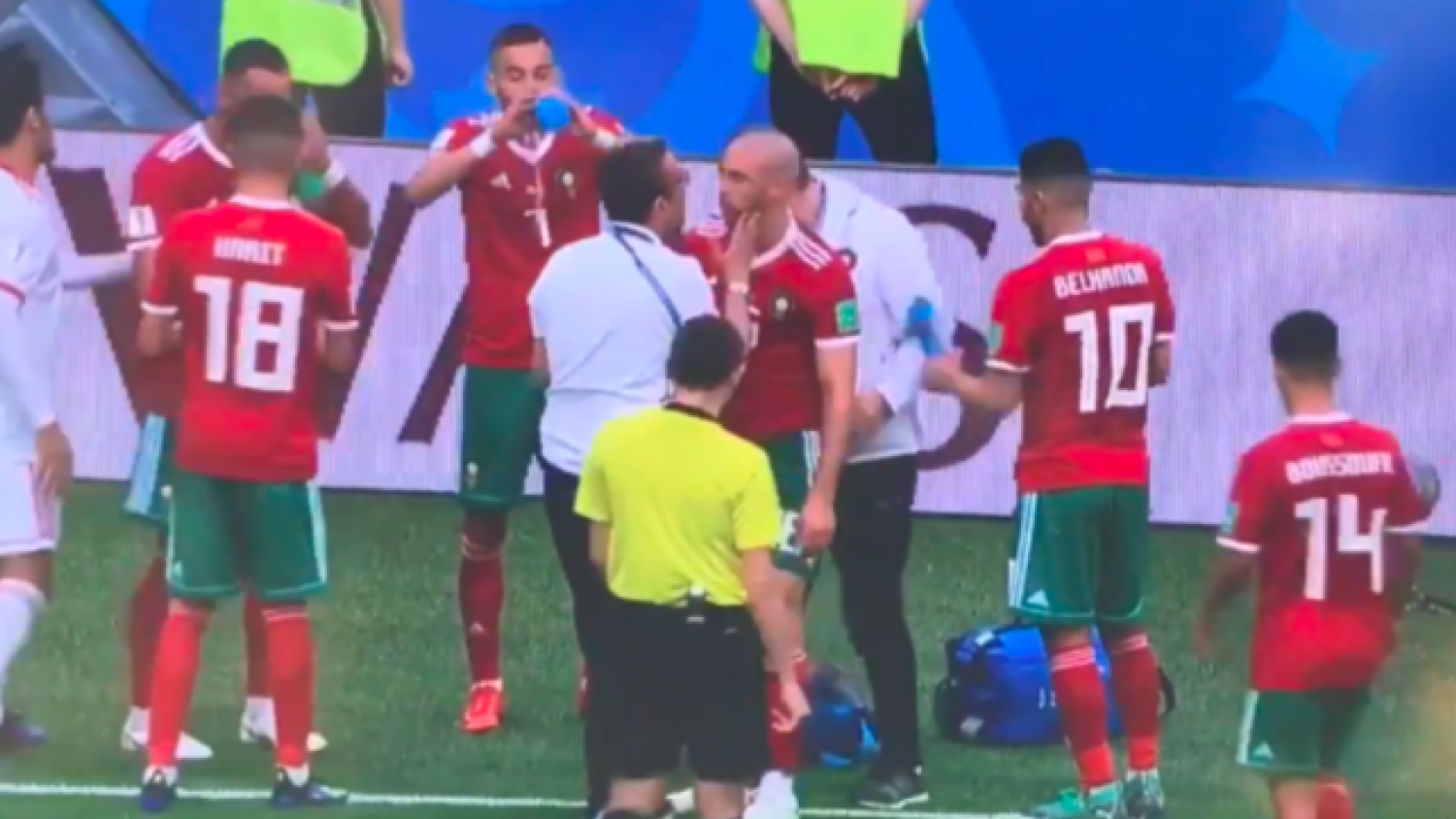 No doubt the sport has made strides in managing concussions, but today’s game showed there is still work to be done.
@Morfootball| Twitter

Rightfully so, the storyline everybody’s been talking about from Friday's fixture between Iran and Morocco is the 95th minute own goal that saw Iran take just its second ever World Cup victory and its first in 20 years (against the U.S.). They will also be going into Match Day 2 leading a group that consists of Spain and Portugal. Football is awesome.

However, we have to talk about something else — a decidedly less positive thing — that happened in that game. During the second half, Morocco’s Nordin Amrabat and Iran’s Vahid Amri clashed heads while chasing a ball down the sideline. Amrabat suffered the brunt of the blow, falling to floor in concerning fashion.

Anybody with a set of eyes can surmise that Amrabat suffered a heavy concussion here. While attending to the injured midfielder, Morocco’s medics gave viewers a lesson in what not to do to a slow-moving, disoriented person who just received a heavy hit to the skull — slap them several times and squirt water in their face.

Morocco’s concussion protocol: slap him a couple times, when he stumbles backward spray him in the face with water, and an ice pack on the head... always the way to cure a head injury ‍♀️pic.twitter.com/miVenufve9

A disconcerting scene to witness to say the least. Thankfully, he was subbed off and we hope he'll be treated more delicately in the coming days.