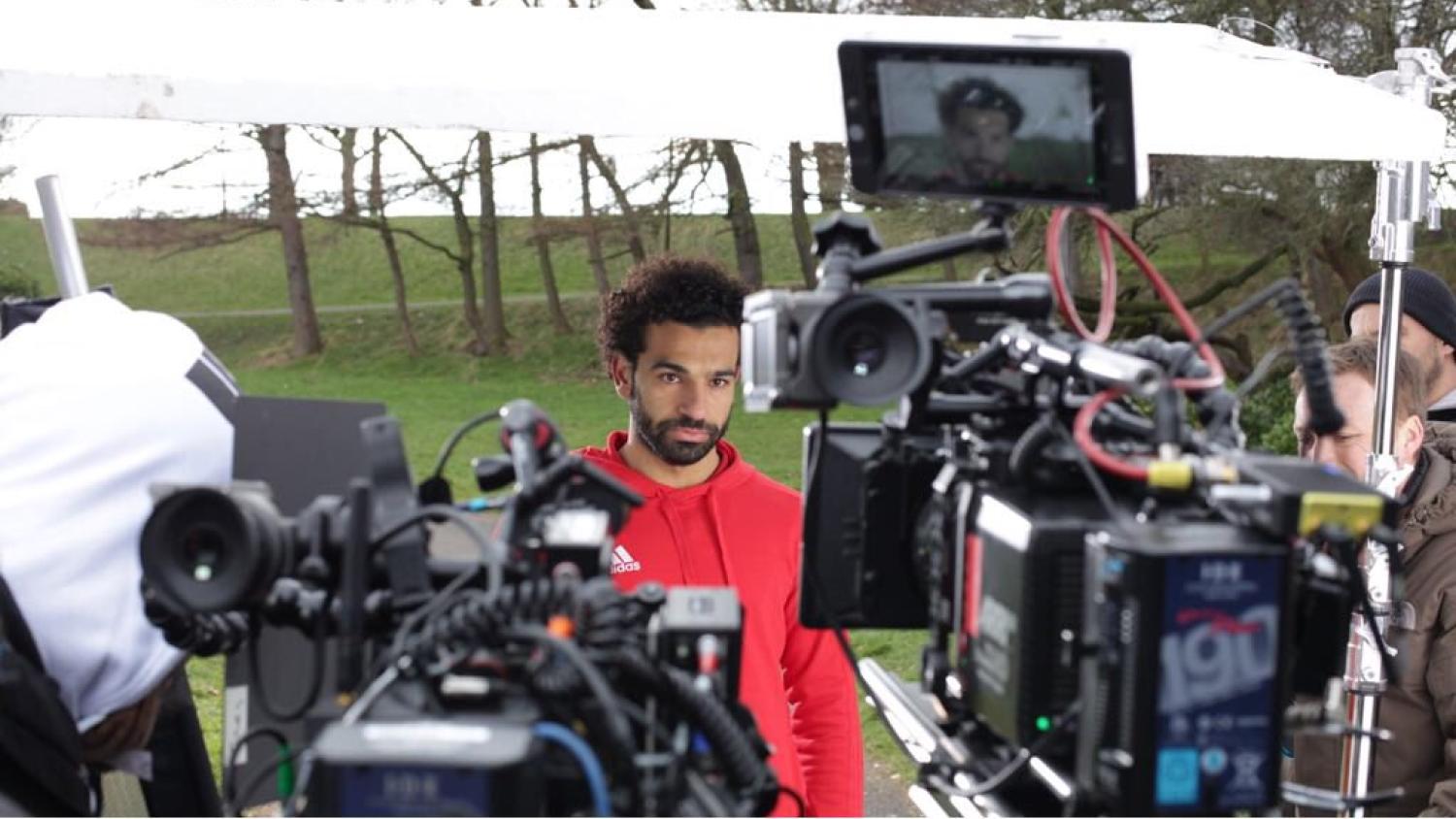 Mohamed Salah is blazing hot and Liverpool’s boy wonder has more than just a few goals up his sleeves. After a “Say No To Drugs” campaign video, Egypt Today reported a 400 percent rise in phone calls to the ancient country’s drug abuse hotline. Take a look at the next Denzel Washington in this video:

The ‘drug’ in the video can be seen smoked which means only one thing: Egypt isn’t down with the ganja. … Wait, where are you going? Oh, a quick vacation re-planning, we understand.

Initiated by Egypt’s Ministry of Social Solidarity and the Fund for Drug Control and Treatment of Addiction, FDCTA, the plan was to steer youths away from drugs and encourage them to get their Salah on. That means pick up a soccer ball, wear a blindfold and shoot for the goal with a guaranteed score just like Salah. The 25-year-old holds an EPL record being Liverpool’s top scoring player on a debut season with 36 goals in all competitions so far — beating Fernando Torres’ 33-goal record in the 2007-2008 season.

As much as I resent the Scousers, I must admit that Salah is one top-notch, classy dude for this admirable take on the youths’ problems. The feel good, peace train doesn’t stop here though. Soccer players from Brazil’s Socrates to the U.S.’s Alex Morgan are all for using soccer in the good fight to make this world a better place.

In his blog, no, not his Yelp review page, Manchester United’s Juan Mata proposed to his fellow soccer peers a common goal: 1 percent of all their salaries to be donated to charity. The campaign, supported by Street Football World, initiated in late 2017 and pledged a promise that it would use that money to support soccer-related charities all across the globe. Mata also proposed on his blog starting a Common Goal XI, urging his professional peers to collaborate into using their powers for good. Mata is no Superman, but this initiative is on par with its Justice League efforts as Alex Morgan, Olympic gold medalist, FIFA Women’s World Cup champion and the real life Wonder Woman, has joined the Common Goal as well. 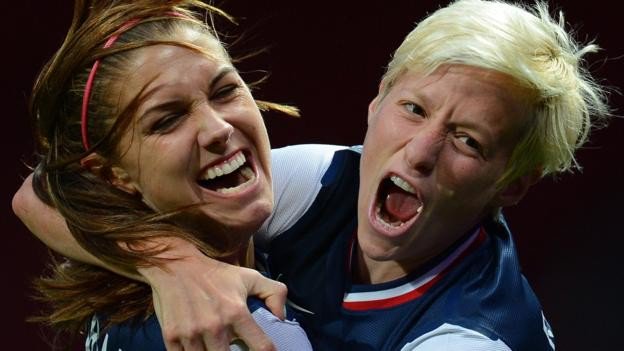 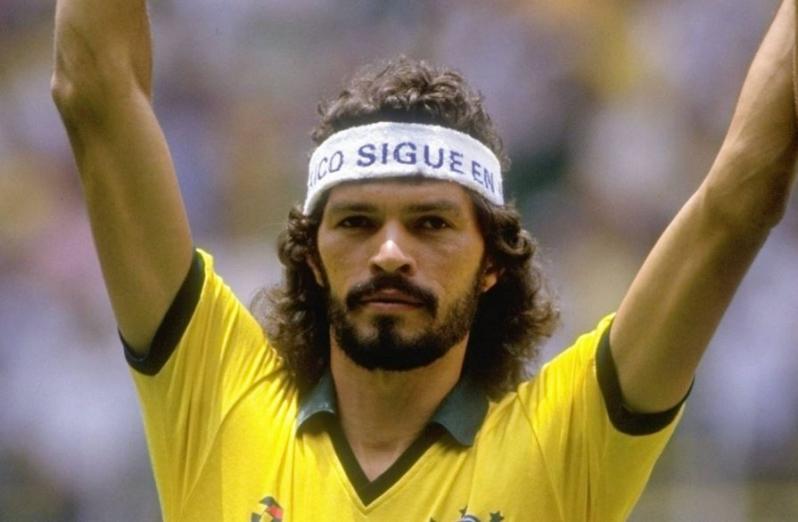 Socrates is more than a Greek philosopher. Photo: @footballmanics | Twitter

Socrates, the Brazilian not the Greek, is a football legend adored for skills on the pitch and his fight for humanity also on the pitch. The man was simply known as Socrates, maybe because his full name is eight words long or maybe because he embodied the values of his namesake. The values, in this case, that helped him take on a dictatorship head on.

Socrates, who was also a licensed physician and political columnist, took it upon himself to stand up for democracy in the 1984 Brazilian elections. During his time with Corinthians FC, he protested with his teammates against the horrible regime in favor of Diretas Ja (Free Elections Now), a social movement urging Brazil to conduct its politics for the people and not the corrupt government.

Doctor Socrates used his influence in football to try to make Brazil a better place. More stories about this amazing Footballer, Philosopher and Legend in Doctor Socrates’ biography  pic.twitter.com/wfJiPStuxy

His way of fighting back against the system didn’t stop at protests outside the pitch as Socrates would often write hopeful messages on a sock, tie it around his head and step onto the pitch like he did in the 1980s FIFA World Cups. Messages like “Yes to Love, No to Terror” to some as simple as one word like “Justice” and justice is exactly what’s expected from a man who reportedly cited John Lennon as one of his idols.

In 2004, soccer’s most beloved legend, Pele, named Socrates in the FIFA 100 list of the world’s greatest living players. Unfortunately for the world, Socrates died in late 2011 due to heart complications.

Goals like this one against the Soviet Union immortalized his incredible attacking skills. 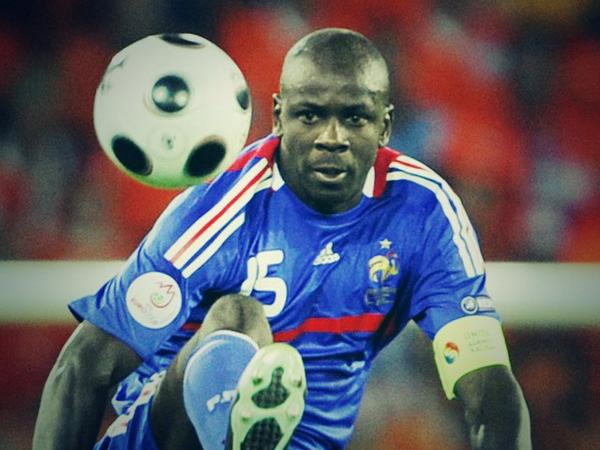 As for an honorable mention, France’s most capped player Lillian Thuram is our man. His extensive record is heavily decorated as Thuram led France to a World Cup victory in 1998, a Euro Cup victory in 2000 and graced prominent clubs like Juventus and Barcelona with his skills.

On live television, Thuram, who has over 140 caps for France, debated Nicolas Sarkozy, who would go on to be France’s president later. Sarkozy, representing France’s right-wing, labeled ghetto kids as “scum,” which infuriated Thuram and urged him to school the future president. When Sarkozy became president he offered Thuram the job of Minister of Diversity to which Thuram snubbed, embarrassing the president and his party.

In 2010, Thuram became a UNICEF ambassador after years of speaking out against racism in soccer and out. A year later he organized a curated exhibition in a French museum called Human Zoos: The Invention of the Savage. The exhibition was exactly that as it showed the various points in history where colonized peoples were caged and displayed as exotic creatures.

In 2013, France’s most beloved captain marched in Paris with others in support of same-sex marriage and advocated for same-sex couples to adopt children. Only time will tell what else this man can achieve.