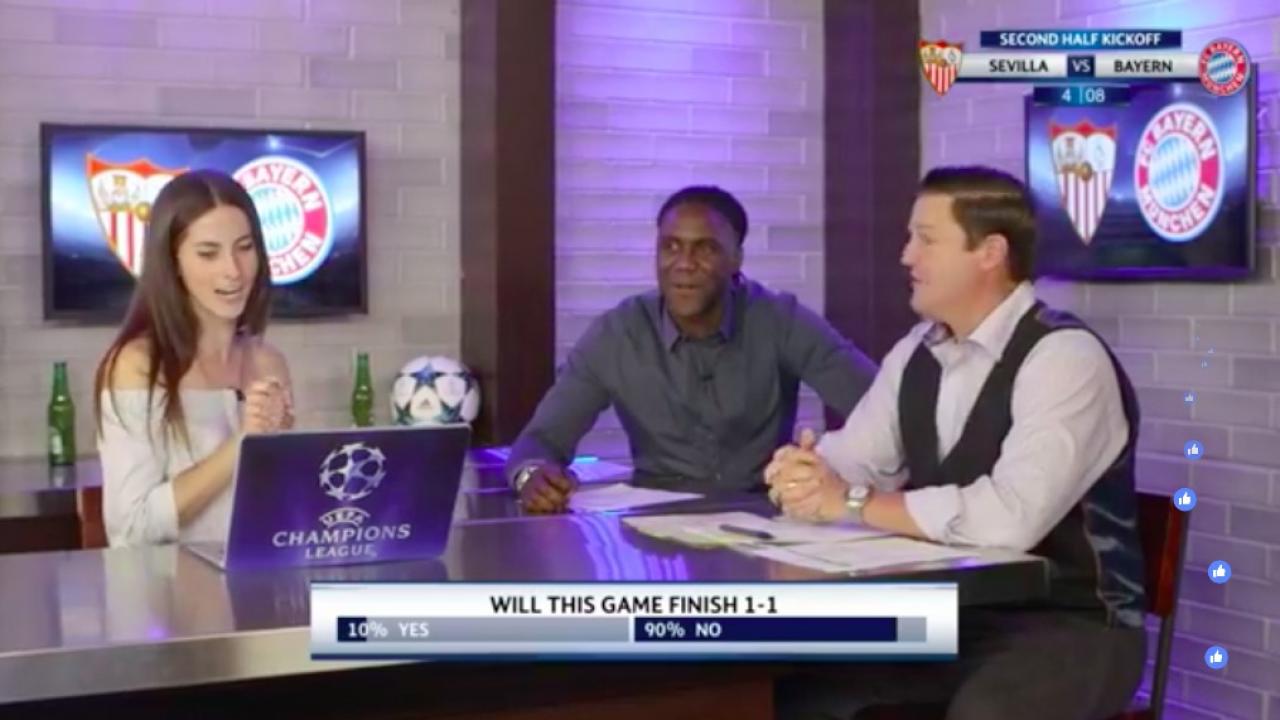 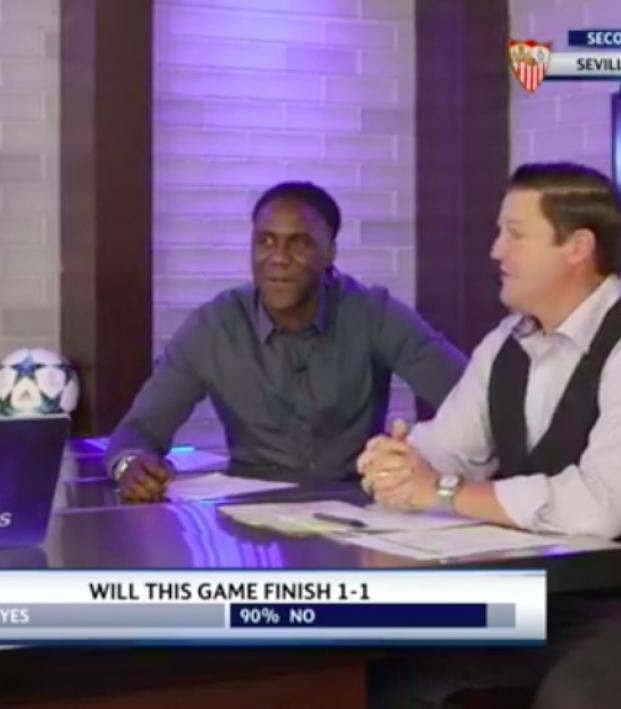 He played extensively in the Premier League for the Blues, Birmingham City and Wigan Athletic, as well as amassing 22 international caps for the Netherlands over an eight-year international spell.

This is all extremely impressive, as is winning the Eredivisie and the FA Cup, additional things Melchiot has done.

Around 35K were tuned in today to watch the three sit around a little bar set and do something very different from what you might find on FS1 or NBCSN — it’s supposed to be a new age media setting where commenting, sharing and interaction is favored over the traditional broadcast style. It's just a lot more informal.

For Mario Melchiot and most viewers, it’s just hell. It’s a zoo of what you’d expect on the inter web. Here’s a random sampling of probably 90% of the general comments during today's match between Bayern Munich and Sevilla:

“Arjen Robben is trash and a cheater.” -Arjen Robben didn’t come on until the 79th minute.

I think we can all agree that watching the Champions League for free is a good thing, but going to commentators for questions and opinions remains a bold strategy that ultimately really sucks. This is unfortunate because it's basically the premise of the entire exercise.

I don’t think Mario Melchiot will be back next year.