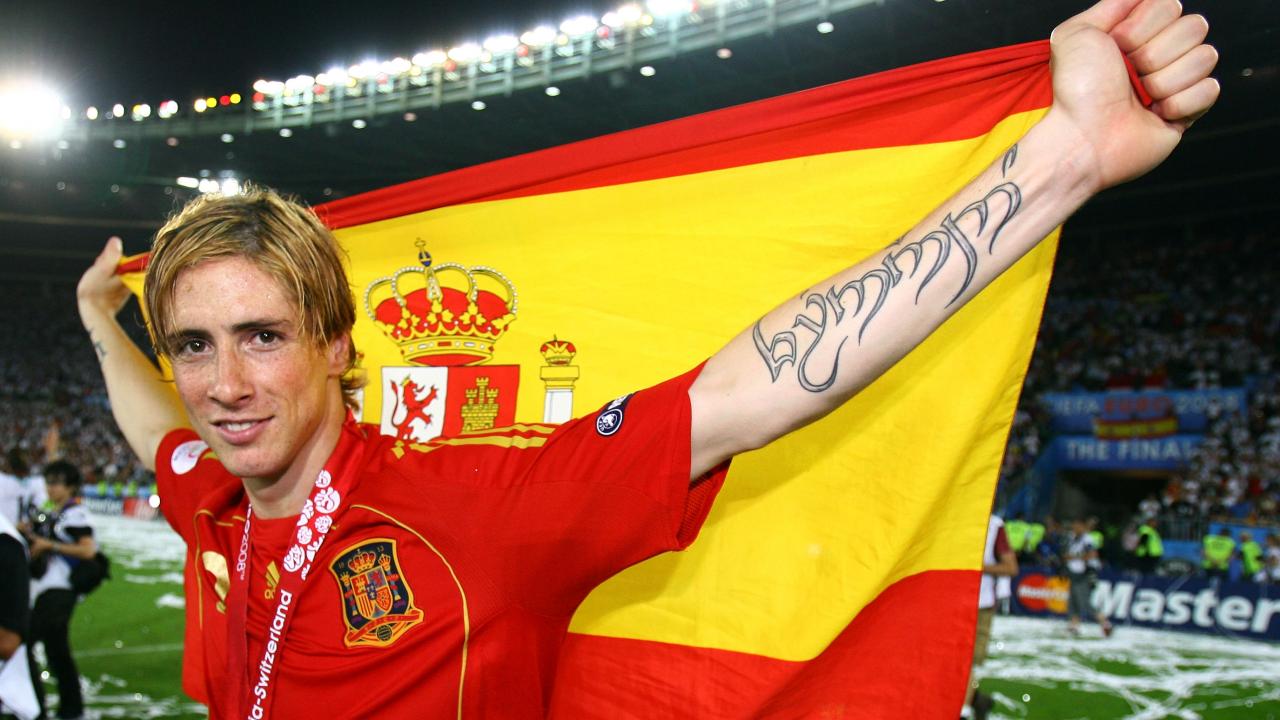 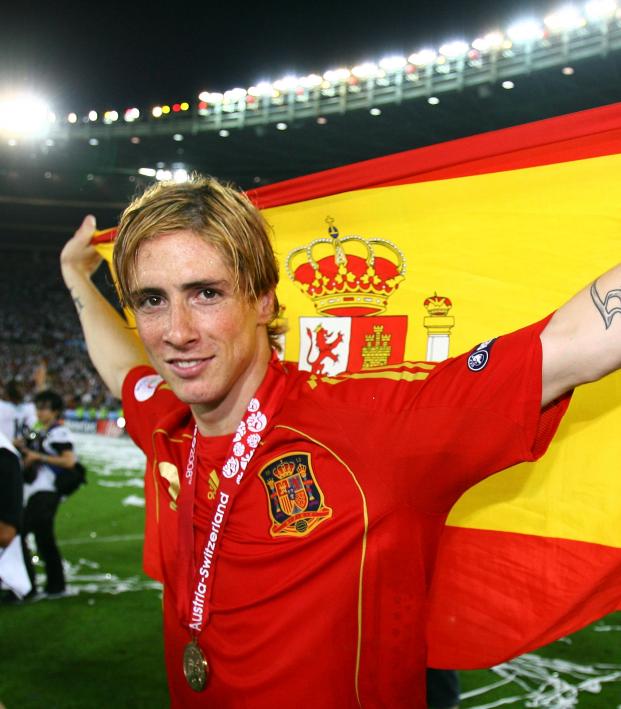 Where my soccer nerds at? You know who you are, and you’re not alone.

Soccer fandom comes in many varieties; we are not a monolith. Today, I want to celebrate soccer nerds, like myself. I’m not talking about people who can be nerdy over soccer-related things like expected goals stats and heat maps. I’m talking about those who are passionate about the beautiful game but also love to nerd out over things like Dungeons and Dragons, science and computers, obscure board games and video games — real, hardcore nerds, the type who bristle at the mere mention of “The Big Bang Theory” and it’s unfunny portrayal of our kind. We’re the ones who play GameBoy/3DS/Switch on the way to soccer games; we’re the ones who understand and trust science, wearing masks even during soccer matches.

There is no escaping the fact sports are traditionally dominated by people who care mostly about physical domination. Sport is, generally, about who is able to compete better in a physical space, be it a soccer pitch, basketball court or baseball field. Physical abilities are typically the most important aspect of sports. It’s why Cristiano Ronaldo would wipe the floor with any 7-year-old in a game of one-on-one; he’s just way bigger, stronger and faster. Intelligence helps, but it’s meaningless without the physical abilities to back it up.

But those who play and watch sports aren’t always defined solely by their physical characteristics. While many are content to be like Ronaldo and care only about their physiques, I know there are plenty of soccer nerds who enjoy activities often stereotyped as geeky, even if it seems we’re in the minority. Soccer nerds have even infiltrated the highest eschelons of the professional game. 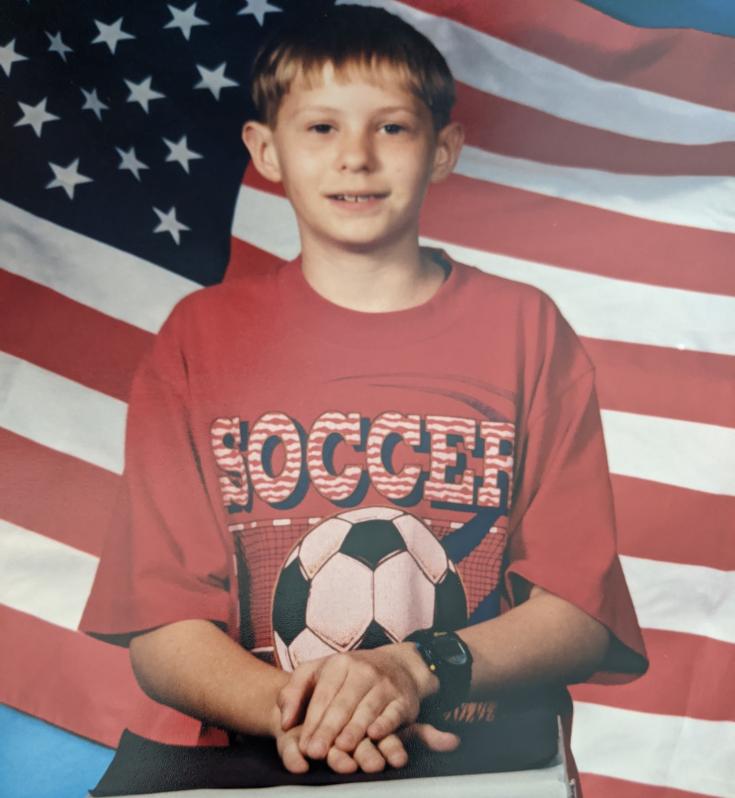 This little soccer nerd just finished playing Final Fantasy 7 for the first time. He'd grow up to be the self-proclaimed coolest nerd at The18.

Of course, I didn’t always want to be seen as a nerd. In middle school I was concerned that my wind pants only had two stripes instead of three like the cool kids whose parents bought them adidas clothes. It can be hard balancing the life of a soccer player and a nerd in middle school and high school, when social status is of outsized importance.

Fortunately, I was able to find a group of likeminded friends, soccer teammates who also enjoyed doing well in school, playing video games (often FIFA, but not always) and building our own computers. I also had friends who played on the football or basketball teams but also were no strangers to staying up all night playing the original X-Com. Not that it was always easy. I missed raids in EverQuest to play in out-of-town soccer tournaments. I missed soccer practices to do school projects. There’s always a give and take when you have multiple hobbies.

Although I had a solid group of friends, there were still occasional clashes between nerds and jocks. My high school team, unlike my club team (back when we did both) had different dynamics, the former less accepting of anything but male machismo. It can be hard being a nerd in such a setting, whether you’re playing boys or girls sports. But I was fortunate to always have a group of teammates I could count on to unwind with a FIFA tournament or LAN party.

After high school, it becomes a bit more normalized to be a nerd — or maybe you just stop caring so much about what the “cool kids” think. Nerd, a word seen as derogatory as a youth, becomes a word worn with pride. All that angst felt as a teenager turns to little more than an emo playlist you occasionally listen to while playing an old game.

It’s easier to embrace your nerdiness when you don’t go to a school of peers constantly judging you — or at least you feel like they’re constantly judging you. It’s easier embrace who you are after you’ve fully discovered who you indeed are, though it still doesn’t help the embarrassment when your glasses get broken during a game of indoor as an adult. When I was single, I put in my dating profile that I play games like a nerd and watch sports like a jock (apparently it worked).

There is, of course, a spectrum of soccer nerds, who, like soccer fandom in general, come in many varieties. There are the soccer nerds who have read the entire collection of Isaac Asimov, those who love tabletop games, those who LARP, those who love anime, those who only play Call of Duty and even those who actually think Big Bang Theory is funny (I presume; I’ve yet to meet one).

The point is, supporters of the beautiful game are not all brotastic jocks, even if it often seems like it. There are even nerds who have succeeded at the professional level.

Soccer Players Who Are Nerds

Ruud van Nistelrooy, Sergio Agüero and Fernando Torres are all huge Lord of the Rings fans, the latter two having tattooed themselves in Tengwar, a language created by J.R.R. Tolkien. Agüero has “Kun Agüero” and Torres “Fernando” in Tengwar on their arms.

The Dragon Ball Z “fusion” celebration is popular throughout soccer, including with Josef Martinez and Miguel Almiron, former Atlanta United teammates. The two even continued doing half of the celebration after Miggy left for Newcastle.

While playing video games like FIFA and Call of Duty isn’t seen as a nerdy endeavor these days, countless footballers have turned to livestreaming their gaming exploits, particularly in Fortnite. Players like Neymar, Mesut Özil and Allie Long have broadcast their gaming sessions on Twitch. Two of those three have won World Cups, but the one who hasn’t is a huge comic-book nerd.

Sci-fi films like Star Wars and anime/manga series like Captain Tsubasa are beloved by too many footballers to list, though we’ll list one: Lionel Messi, who named his dog Hulk and dresses his kids in clothes with superheroes on them. Alexis Sanchez named his dog Atom after a robot in the movie Real Steel. The duo F2Freestylers balled out in Star Wars costumes. Even Cristiano Ronaldo is reportedly a bit of a bingo nerd.

Nerds are everywhere and should be celebrated. Personally, I think everyone has a bit of nerd in them, even if some don’t want to admit it. It’s all a spectrum, and the more willing you are to accept your nerdiness, the more fun you’ll have with whatever your hobbies may be. Unless it’s watching Big Bang Theory.

To all the soccer nerds out there, much love and respect. I hope you don’t feel left out in a culture that is often unwelcoming to our kind, but know that you are not alone. And trust me, it gets easier to ignore the haters and trolls as the years go by and your life is so much more fulfilling because you weren’t afraid to pursue what you love.