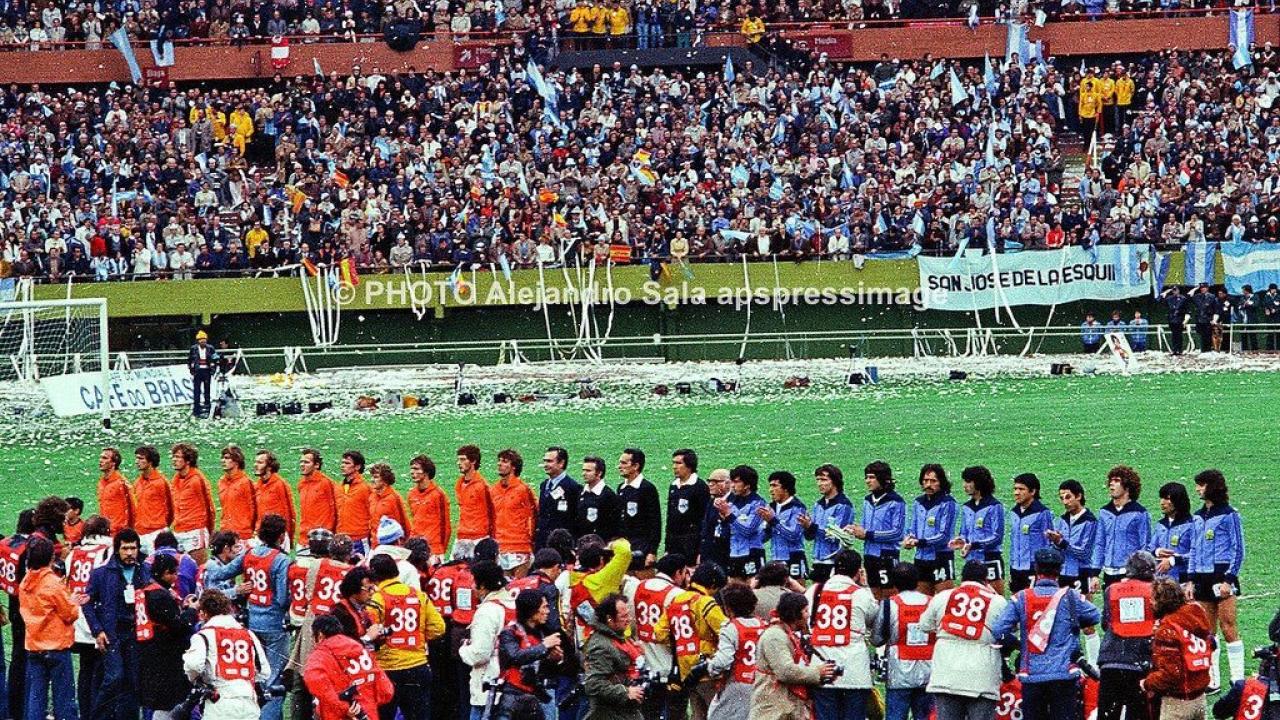 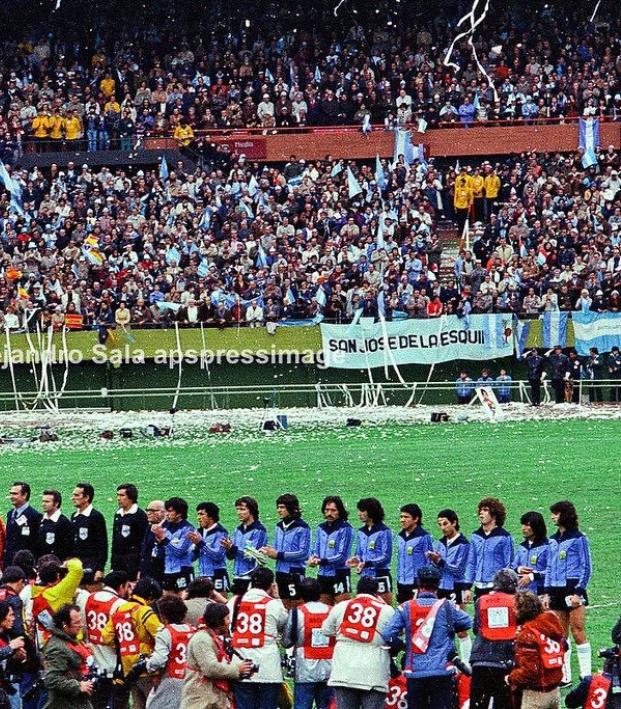 FIFA doesn’t have a good record of awarding World Cups to the best countries, instead opting to award the world’s premier sporting event to nations with questionable backgrounds, from Mussolini’s fascist Italy to Argentina’s military junta.

Barring nuclear war, the 2018 World Cup will be hosted by Russia, a nation that has in the last decade invaded multiple countries, illegally annexed territory, led insurrections in border nations, murdered opposition journalists and denied rights of the LGBT community. Oh and that whole U.S. election thing that has yet to be sorted out.

Not to outdo itself, the 2022 World Cup will be hosted by Qatar, a nation with about as much footballing history as your neighbor’s dachshund. Qatar has been blamed for multiple human rights violations, neighboring nations are accusing the country of harboring terrorists and the workers who immigrated into the country to build the World Cup stadiums have been treated like slaves. Oh and that whole FIFA election scandal that points toward bribery for votes.

But why dread over the future when we can dwell on the past? Here is a ranking of the five worst World Cup hosts.

South Korea only got the World Cup because of a last-minute decision to co-host with Japan, which had never been done before or since. The logistics of holding a tournament in two different counties speaking two different languages that weren’t even connected by land was bad enough, but a few fishy elements on the pitch put South Korea on this list, not the least of which was the team scraping through a group that included Portugal and Poland (and those plucky Americans).

In the Round of 16 against Italy, Korea was awarded an ambiguous penalty early. In extra time Francesco Totti was taken down in the box in what looked like a clear penalty decision. Instead, the referee gave the Italian a second yellow for diving. Italy then had a one-on-one goal-scoring opportunity incorrectly called offside by the assistant referee. When the referee, Byron Moreno, returned to his native Ecuador, he was suspended and later became involved in drug trafficking.

In the quarterfinals against Spain, South Korea was the beneficiary of a few more dubious calls. Spain twice had goals bafflingly called back. The referee in the match was later suspended for unrelated match fixing.

South Korea, which entered 2002 as the 42nd-ranked team in the world, eventually went out to Germany in the semifinals. Perhaps as the result of karma or a balancing act by the soccer gods, Italy and Spain went on to win the next two World Cups. 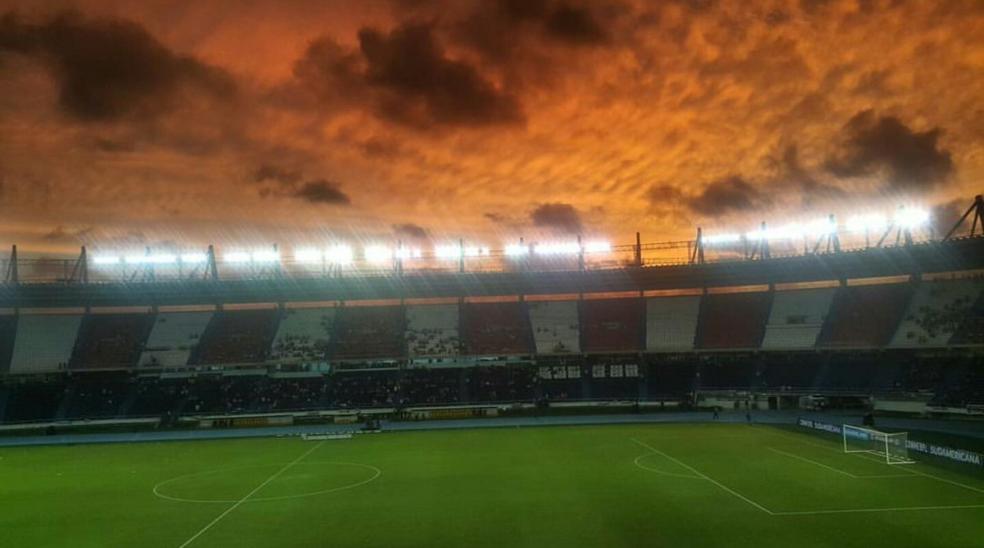 Colombia was originally supposed to host the 1986 World Cup.

You might be saying to yourself, but The18, Colombia never hosted a World Cup. Well, you’d be right, but they almost did. Colombia was awarded the right to host the 1986 World Cup in 1974 but by the early ’80s that choice looked more and more untenable.

At this time, Colombia’s economy was collapsing, its government failing and the entire nation was in chaos with the rise of powerful drug cartels and their guerilla armies — not a great backdrop for the World Cup. Less than four years before the 1986 event, Colombia fortunately conceded it could not host the World Cup. FIFA ultimately awarded Mexico the right to host the tournament, a controversial choice given Mexico had hosted the World Cup just 16 years earlier.

A World Cup in Colombia in 1986 would have been a disaster, but the nation is proof a World Cup can be taken away from a country, so there’s still hope Qatar could lose its right to host in 2022. The lone bright spot for Colombia was the construction of Estadio Metropolitano Roberto Melendez (above), which still serves as the home of Atletico Junior and the Colombian national team.

On one hand, maybe we should give Uruguay a pass because this was the first World Cup and soccer was still somewhat of a new sport. On the other hand, the officiating was some of the worst in any World Cup.

For one example, Bolivia had four goals disallowed at 0-0 before Yugoslavia went on to win 4-0. Yugoslavia was on the receiving end of even worse calls later in the tournament against host Uruguay. First, a Yugoslavian goal was called back for some reason. Then Uruguay scored right after a friendly policeman on the sidelines kicked the ball back into play after it had gone out of bounds.

Other shenanigans included: A referee ending a match eight minutes early, then asking the players to return to the pitch to finish the game 30 minutes later. An American trainer passing out when he ran onto the pitch and dropped a bottle of chloroform. A record-low 300 fans watching the Romania-Peru match.

The final was played with two balls after a coin flip between Argentina and Uruguay — the first half with an Argentine ball, the second half with a Uruguayan ball.

It wasn’t all bad though. The U.S. won its group and reached the semifinals, still the country’s best World Cup showing.

The World Cup didn’t exactly get off to a flying start. The second tournament was awarded to Benito Mussolini’s fascist regime. Il Duce himself supposedly picked the referees for certain matches and met with the referees prior to each game. The fascists loomed large over the entire tournament, with many dubious calls going Italy’s way: penalties given or not given, goals called back or allowed, the usual.

In the single-elimination format, half the teams were immediately sent packing, including the U.S., which drew Italy in the first round and was spanked 7-1. Uruguay didn’t even show up to defend its title as retribution for European nations skipping the first World Cup in Montevideo four years before while England and Scotland still couldn’t be bothered to play. Plus, the entire world was in a severe economic depression.

But in the end, Mussolini got what he wanted: an Italian victory exemplifying the superiority of Italians.

After the Netherlands failed in its attempt to lead a boycott of the 1978 World Cup over concerns for Argentine dictator Jorge Rafael Vileda’s human rights violations, the tournament went on with loads of controversy and — surprise — the hosts won it all. There were plenty of questionable decisions from referees — one ref awarded Brazil a late corner kick against Sweden, only to blow his whistle to end the match right as Zico headed in a goal — but most of the tumult swirled around Argentina.

For starters, Dutch maestro Juhan Cruyff didn’t even attend the tournament after helping the Netherlands to the final four years earlier. Though 30 years later he claimed it was due to an unrelated kidnapping attempt on his family, he wasn’t the only star to abstain, with West Germany’s Paul Breitner also staying home.

Argentine players, who were drawn into a tough group with Italy, France and Hungary, were warned that if they failed to advance they would find themselves in another kind of “group of death.” Fortunately for those players, the refs were on their side too. A referee reportedly told a player who took down a Frenchman in the box “don’t do that again please or I might have to actually give it next time.” Argentines were also accused of using amphetamines to boost their play.

In the second group stage, Argentina needed to win its final group-stage match against Peru by a score of 4-0 to advance. La Albiceleste won 6-0 in a match many to this day claim was fixed, including a Peruvian senator.

The Netherlands ultimately made it to the final even without Cruyff but ran into plenty of gamesmanship from Argentina (and the officials) in the final. Argentina came onto the field seven minutes late and then the match almost didn’t start due to a complaint over a plaster cast Rene van de Kerkhof had worn in five prior matches. Ultimately, van de Kerkhof was forced to put more padding on the cast and the match started. Argentina won 3-1 in extra time.

The antics surround the matches were bad enough, but combined with the atrocities committed by Vileda’s junta even while the tournament was going on, Argentina is deservedly the worst World Cup host of all time. At least for another year or five.