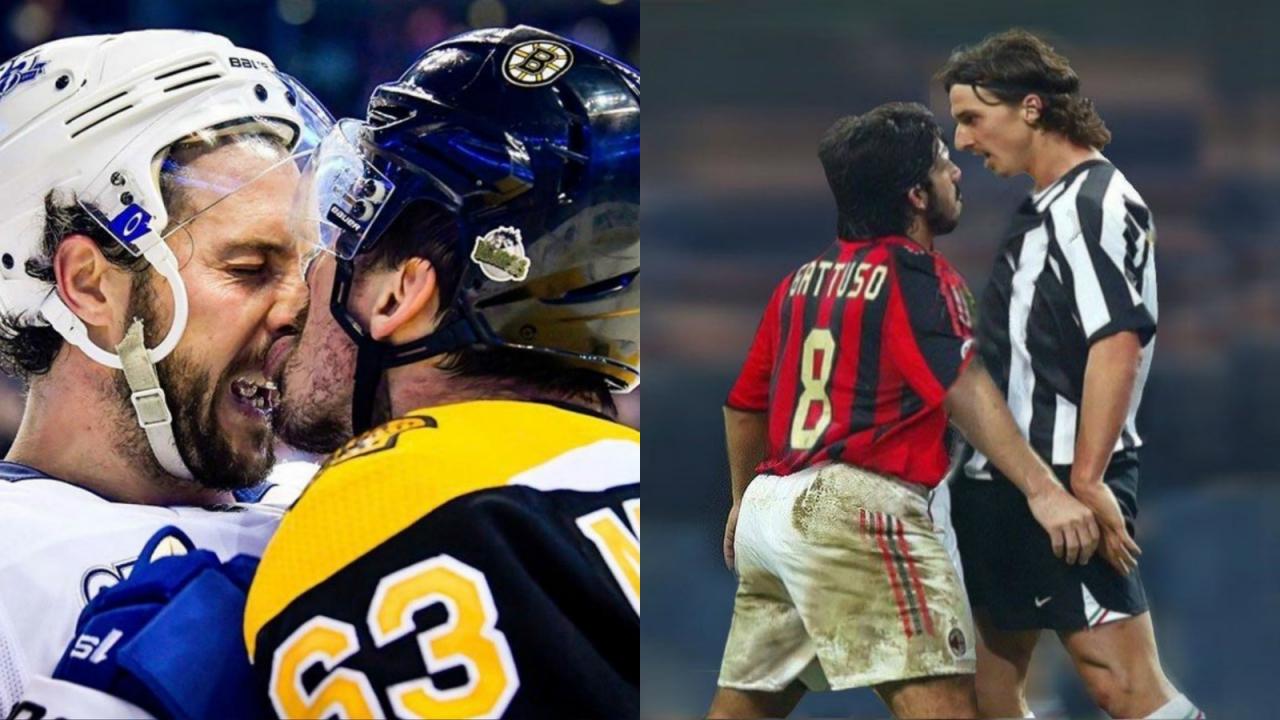 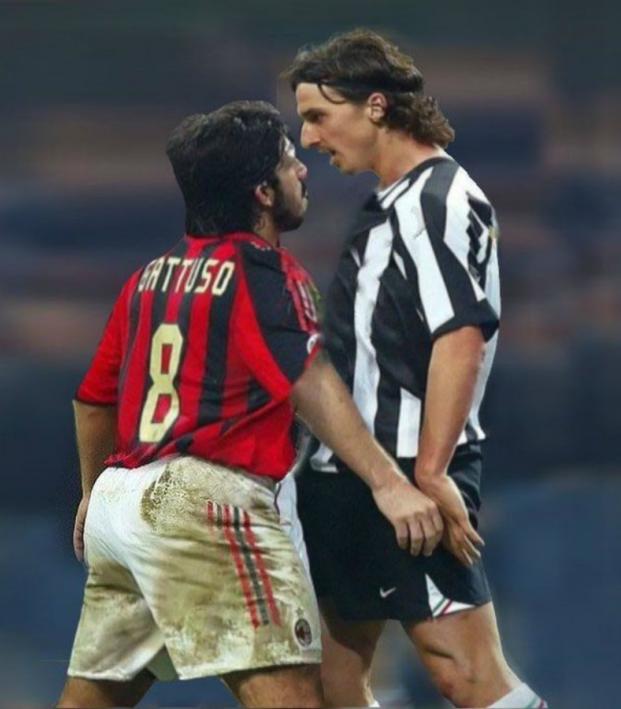 The Stanley Cup playoffs took a blow on Sunday when Brad Marchand and the Boston Bruins were knocked out in the second round. The NHL, hockey fans will note, reprimanded Marchand after he twice licked opponents during the postseason. But it got us thinking, who in the soccer world is most likely to be asked to stop licking players?

For non-hockey fans out there, a little background: Marchand first licked a player in the Bruins’ opening playoff game against the Maple Leafs, taking a lap at the neck of Leo Komarov.

"I thought he wanted to cuddle," Marchand said afterword. "I was just trying to get close to him."

But Marchand’s amorousness didn’t stop there. In Game 4 of the second-round series against the Tampa Bay Lightning, our favorite left wing was punched in the face by Ryan Callahan and responded by tonguing his opponent’s face.

Unlike people with a sense of humor, the NHL decided licking opponents was no laughing matter and put Marchand “on notice.”

NHL’s Colin Campbell spoke with Boston’s Brad Marchand and GM Don Sweeney today. The League put the player on notice that his actions last night are unacceptable and similar behavior in the future will be dealt with by way of supplemental discipline.

For better or worse, Marchand and his licking antics will no longer be a part of the 2018 hockey playoffs, as the Lightning advanced to the Eastern Conference finals with a 4-1 series win over the Bruins. But we don’t want to let this licking players trend die. So we compiled a list of the 10 soccer players most likely to be scolded for licking opponents, and who the recipient of each tonguing might be.

10 Soccer Players Most Likely To Be Caught Licking Players 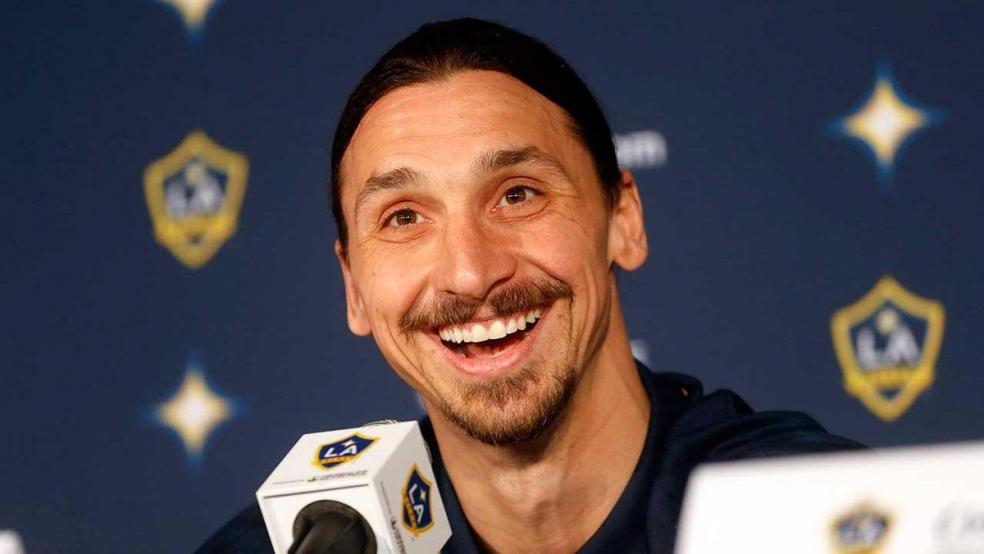 Zlatan is just aggressive enough to want to do something awful to another player and just goofy enough to make said awful action a tongue licking.

Most likely victim of licking: Any opponent who has the audacity to try to push him around. 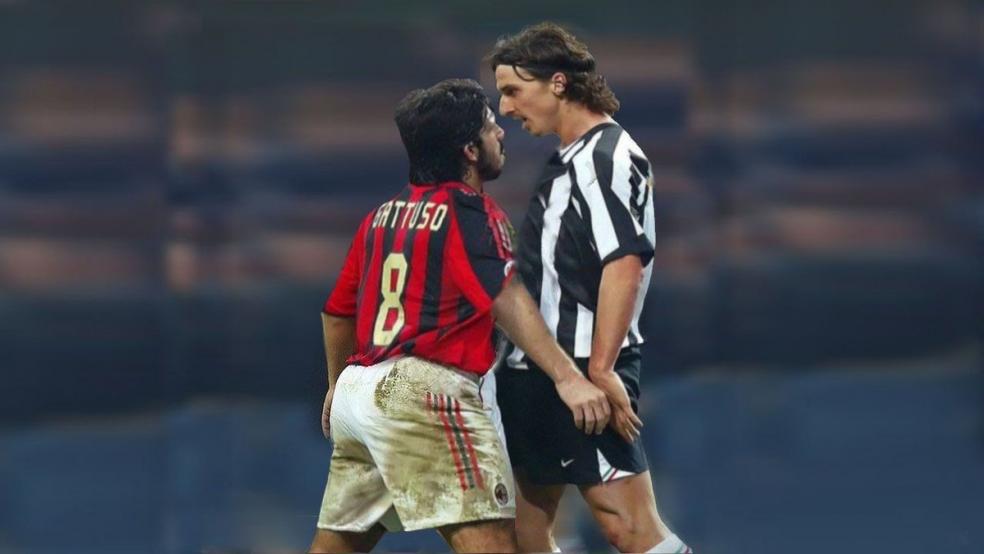 The former combative midfielder and current AC Milan coach was notorious for getting under the skin of opponents. We’re pretty confident if Gattuso saw Marchand’s actions he would become angry that he didn’t think of licking players first. 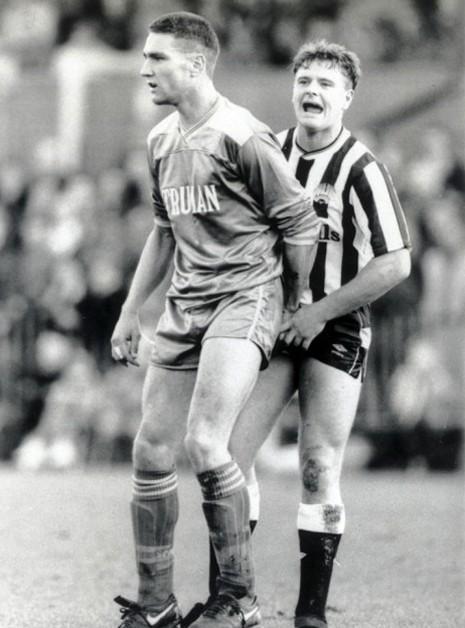 The Englishman who traded in his cleats for a career in acting was infamously tempestuous. He once picked up a booking five seconds into a match and once grabbed opponent’s testicles. No one would be surprised if he licked another player to get under his skin.

Most likely victim: Paul Gascoigne. Vinny owes him a bit of foreplay.

The former Real Madrid defender has let his emotions get the best of him at times. If caught in a tangle with Pepe, an opponent would be happy to get away with just a lick.

Most likely victim: No one is safe from Pepe, not even his own mother. 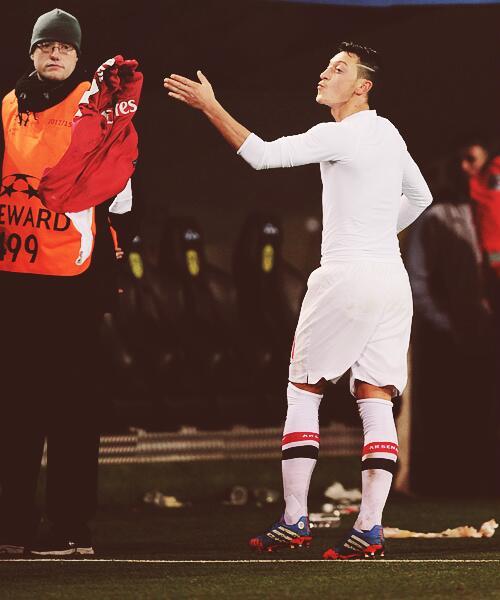 The Arsenal and Germany midfielder is often criticized for his languid mannerisms, rarely showing any emotion other than exasperation. It’s that odd mixture of serenity and annoyance that makes us think he could just say “fuck it” and lick someone out of frustration, because he's too nice to do something too mean.

Most likely victim: His teammates who don’t live up to his standards. 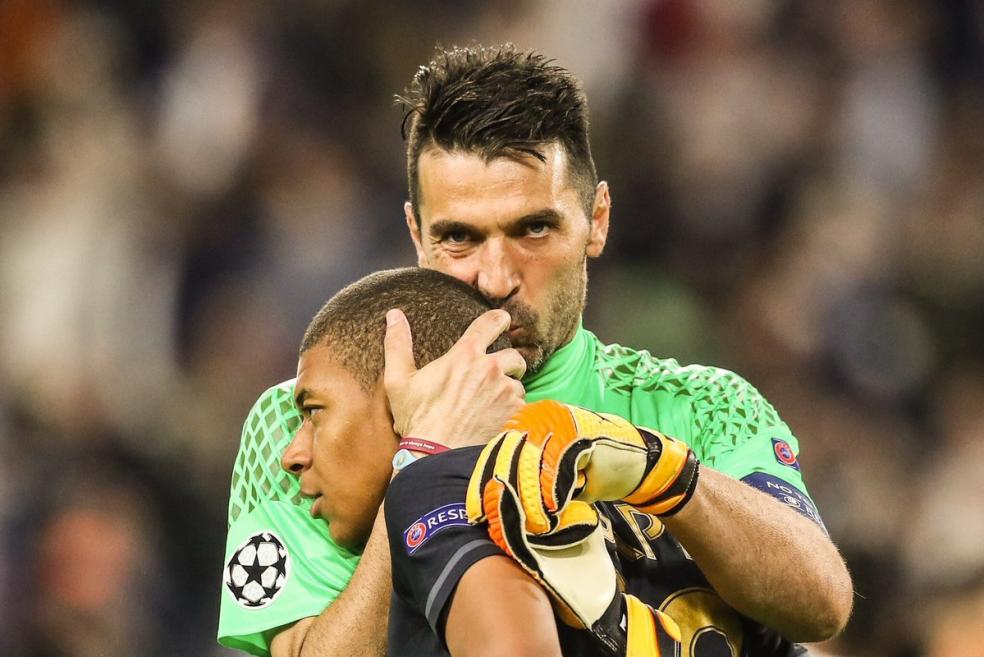 Unlike the others on this list, Buffon is here because he’s just so damn nice and would probably lick opponents out of affection. He recently stayed on the pitch at Napoli to congratulate its players on beating Juventus and clapped for the Swedish national anthem as Italians whistled. So a loving lick doesn’t seem like it’d be out of character for the goalkeeper.

Most likely victim: Anyone but Michael Oliver.

The English lad once tried to bite Marouane Fellaini’s nipples off, so he’s probably into some kinky shit. Licking is pretty tame in comparison.

Suarez has been caught biting people so many times you know it’s a serious problem. But you also know he’s probably working on self improvement.

So chances are fairly high that he’ll catch himself about to bite someone and instead change his action to a sloppy lick at the last second.

Diego Costa does whatever it takes to get under the skin of opponents, including giving hickies. It’s what he does best, more so than scoring goals. He’s a punk and he’s damn good at it.

Most likely victim: Anyone from Arsenal. 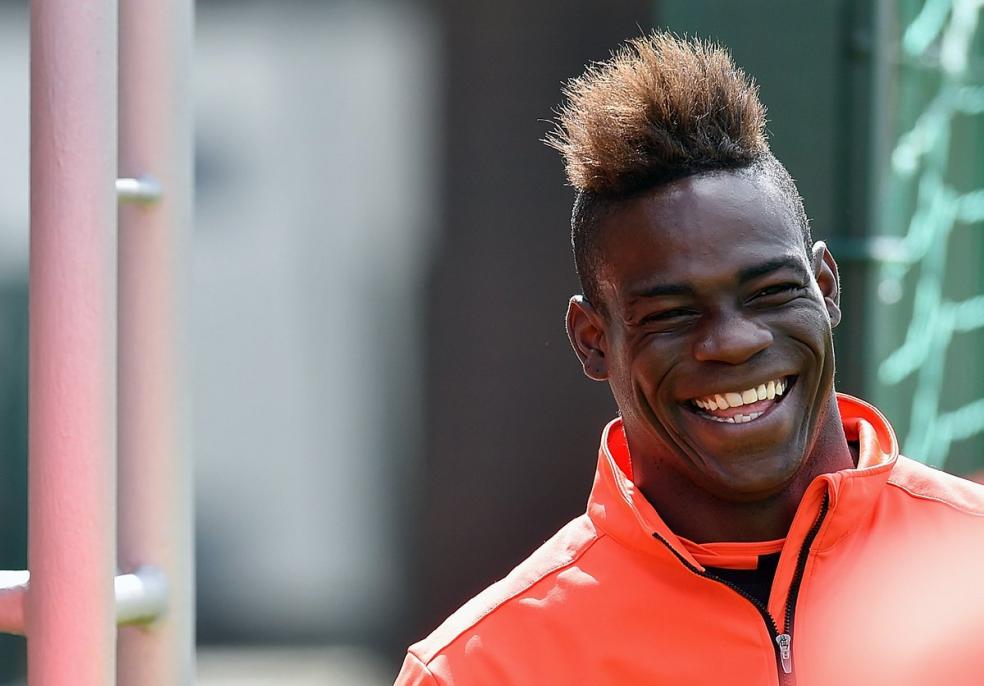 We’re honestly a bit surprised this hasn’t happened yet. Super Mario is always counteracting some brilliant piece of skill with a more boneheaded incident.

Most likely victim: His own coach.