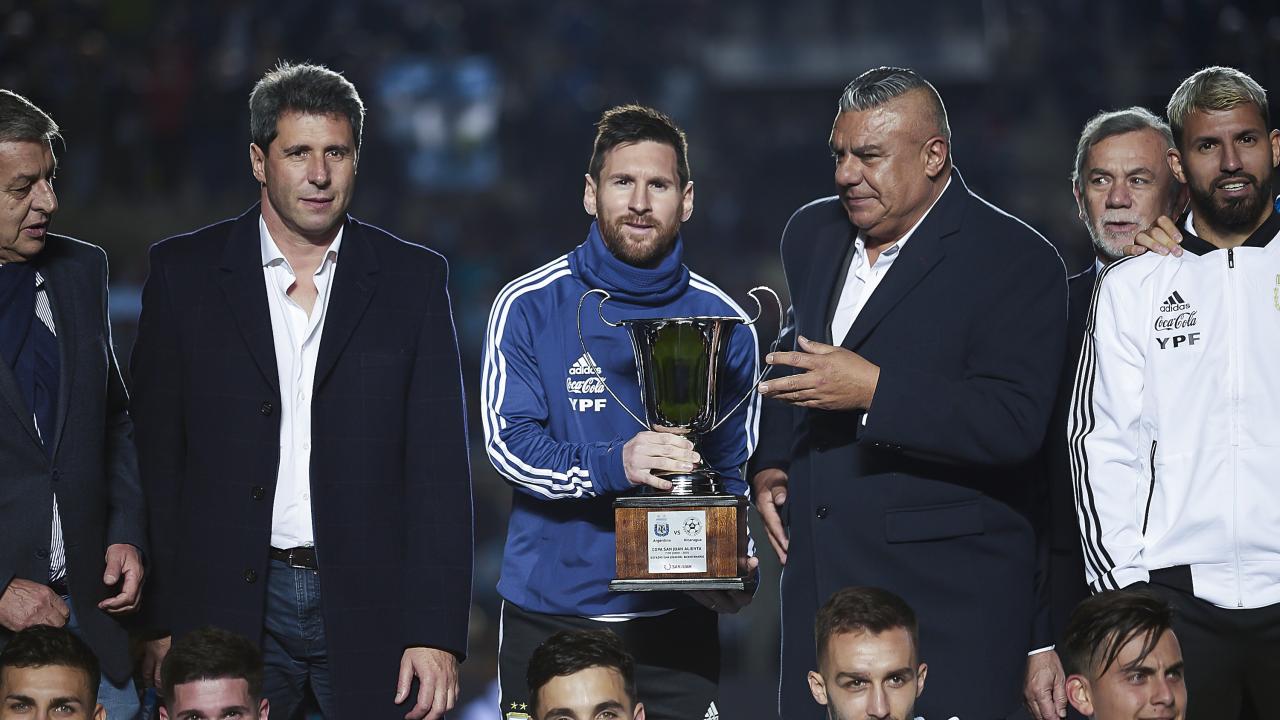 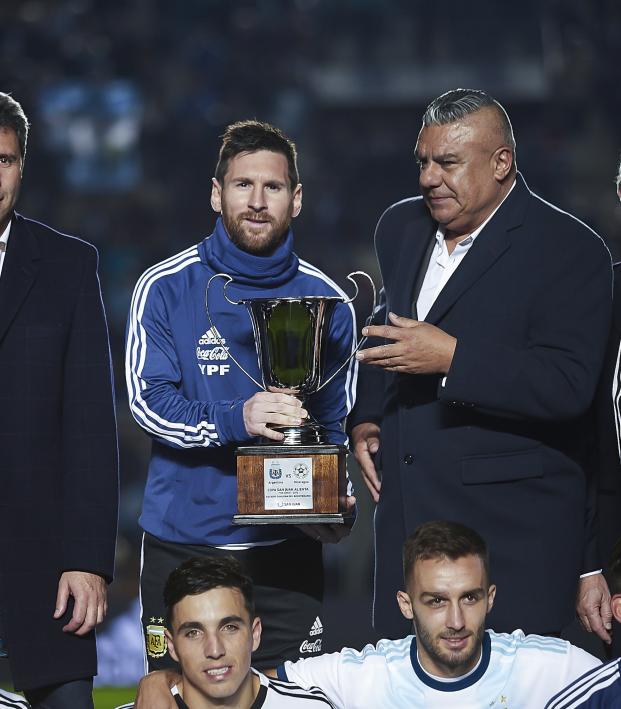 Lionel Messi has often been criticized for his failure to lead Argentina to international success. Well, now he’s got at least one “trophy” with La Albiceleste, and he scored two goals to get it.

Messi netted twice in two minutes in the first half of a 5-1 rout of Nicaragua in what was billed as La Copa San Juan in San Juan, Argentina. Afterword, the Argentine captain lifted not one but two trophies.

Take that, Ronaldo lovers! There’s only one GOAT!

OK, to be honest, we’re not really sure La Copa San Juan is actually a thing or just an excuse to give Messi a trophy or two after a glorified friendly. Are these trophies worth more than the 2008 Olympic gold or the 2005 U-20 World Cup?

Nicaragua isn’t exactly a powerhouse, ranked 129th in the world, just behind Argentina in 11th. But damnit, a trophy is a trophy!

Messi, who started in the No. 10 role behind Sergio Aguero, opened the scoring in the 37th minute. The Barcelona maestro dribbled around half of the Nicaragua defense before zipping a low shot into the back of the net. Aguero just stood and watched just like the Nicaraguan defenders.

A minute later, Messi cleaned up a rebound on a shot by Aguero to make it 2-0.

Messi actually looked like he was having fun playing for his national team. But maybe that’s just what happens when you play Nicaragua.

Argentina cruised to a 5-0 lead in the second half behind two goals from Lautaro Martinez and one from Watford’s Roberto Pereyra. The visitors did get a consolation in the form of a 91st-minute penalty scored by Juan Berrera.

After the match, it was all about them trophies at Estadio San Juan del Bicentenario. 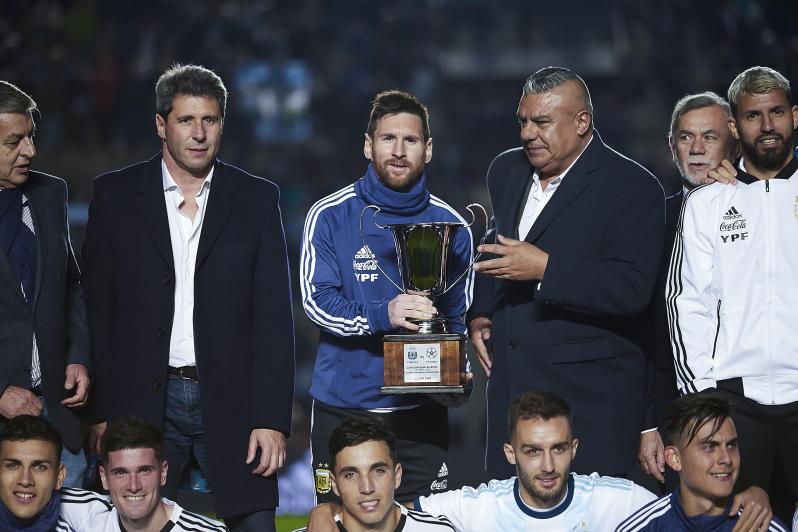 Sure, Cristiano Ronaldo has the 2016 European championship and could soon add a UEFA Nations League title, but does he have a Copa San Juan? How about Diego Maradona or Pelé? Mia Hamm didn’t even win this tournament.

Clearly, Messi is the greatest ever.

Argentina opens the Copa America against Colombia on Saturday, June 15.