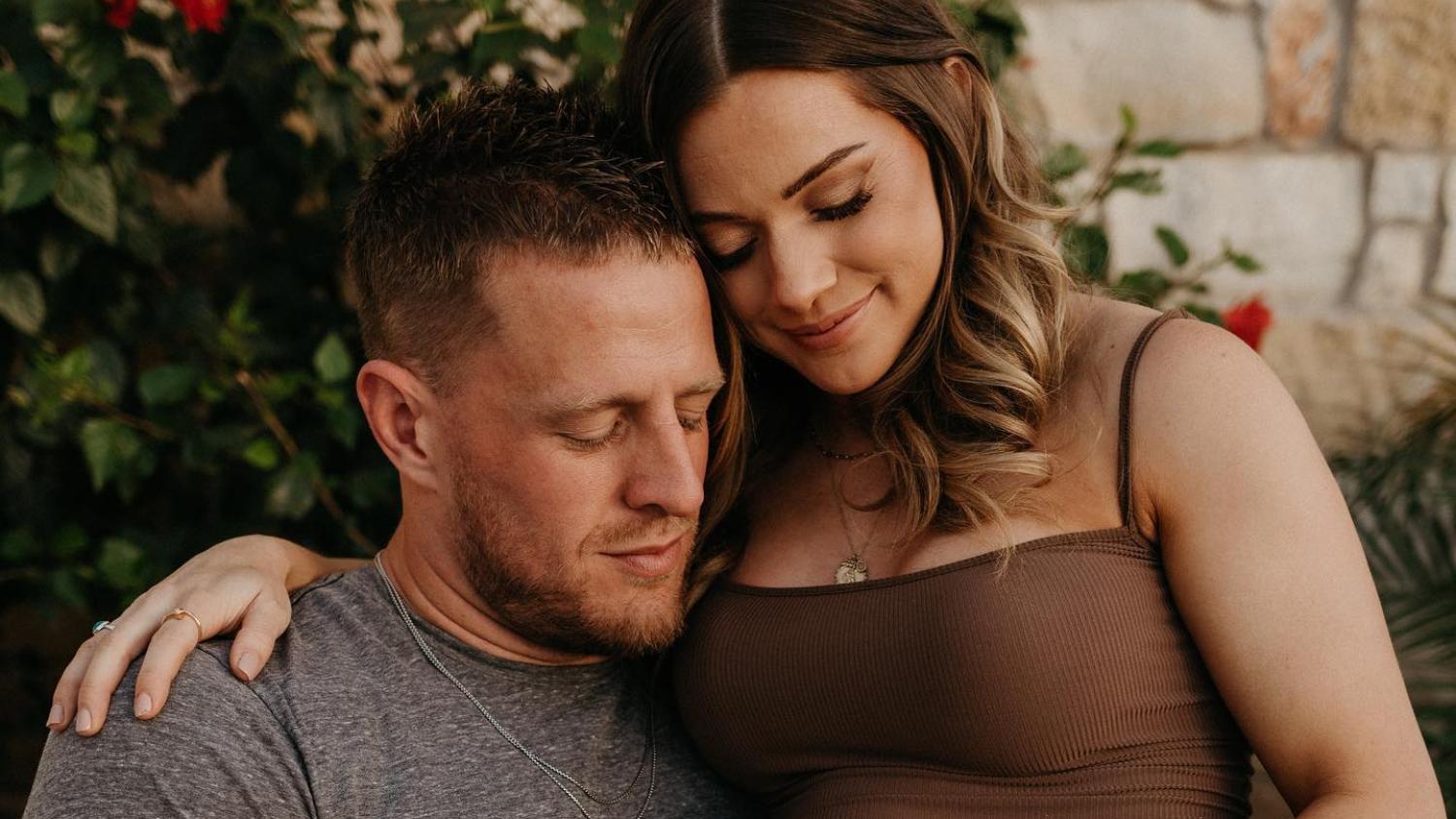 Kealia and J.J. Watt are expecting their first child in October.
@jjwatt | Instagram

Americans often wonder: What if our best athletes played soccer? Well, that already happens on the women’s side, where we’ve won four World Cup titles thanks in large part to a head start provided by Title IX. On the men’s side? The nation’s best athletes still usually play American football, basketball or baseball.

Hopefully that changes in the coming years, and hopefully it includes Kealia and J.J. Watt’s new baby. The couple announced they’re expecting their first child in October on Thursday.

Congratulations to the couple, who got married in 2020. The two met in Houston while Kealia played for the Dash and J.J. was a member of the Houston Texans (her brother-in-law was an NFL teammate of J.J.’s). Both have moved on to different cities (Kealia in Chicago, J.J. in Phoenix).

Watt (formerly Kealia Ohai) is a veteran forward in the NWSL, having scored 35 goals in 138 appearances. She’s made three caps on the USWNT, setting a record for quickest goal in her debut 48 seconds after coming on against Switzerland in 2016.

Watt’s pregnancy isn’t a huge surprise to anyone who has noticed Kealia hasn’t played for the Chicago Red Stars all season. Nonetheless, she joins a growing list of moms and moms-to-be in the NWSL, no doubt aided by a new CBA that protects mothers. In addition to Kealia, Crystal Dunn, Julie Ertz and Allie Long have become pregnant recently and will miss the NWSL season. Like Watt, Ertz is also married to an NFL player, so the USMNT and/or USWNT will hopefully have a nice boost to the gene pool for 20-30 years in the future.