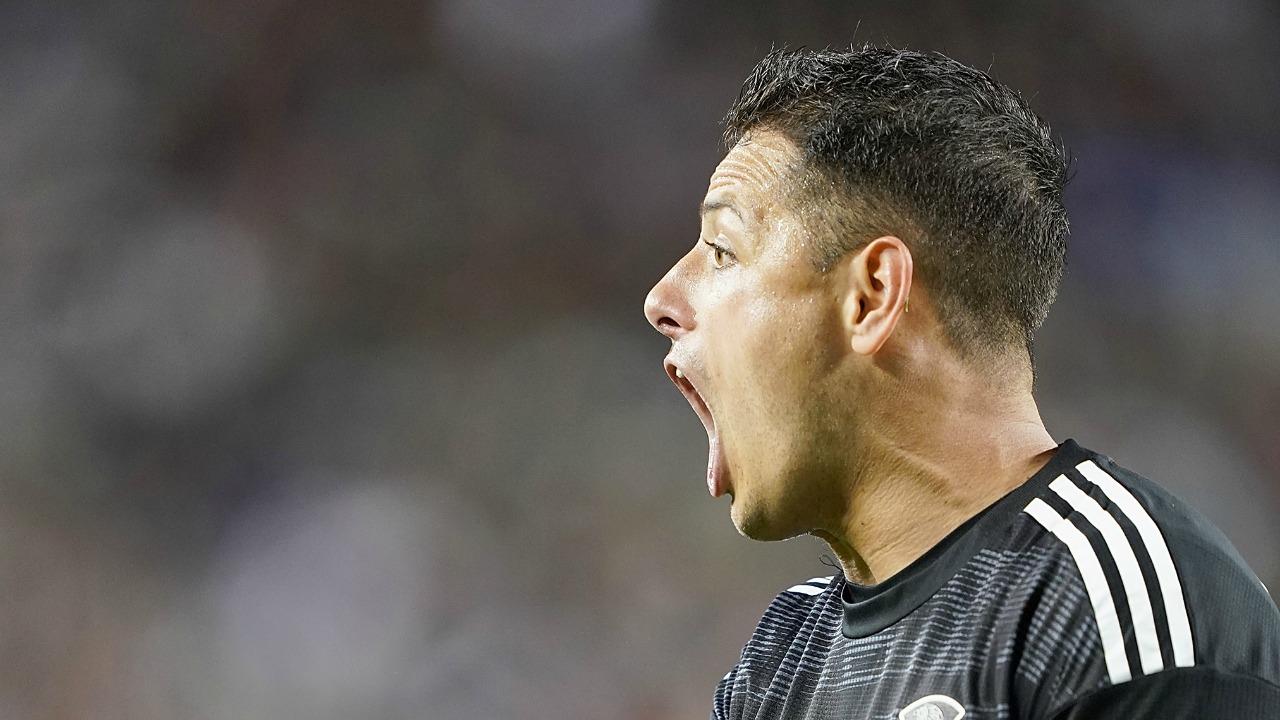 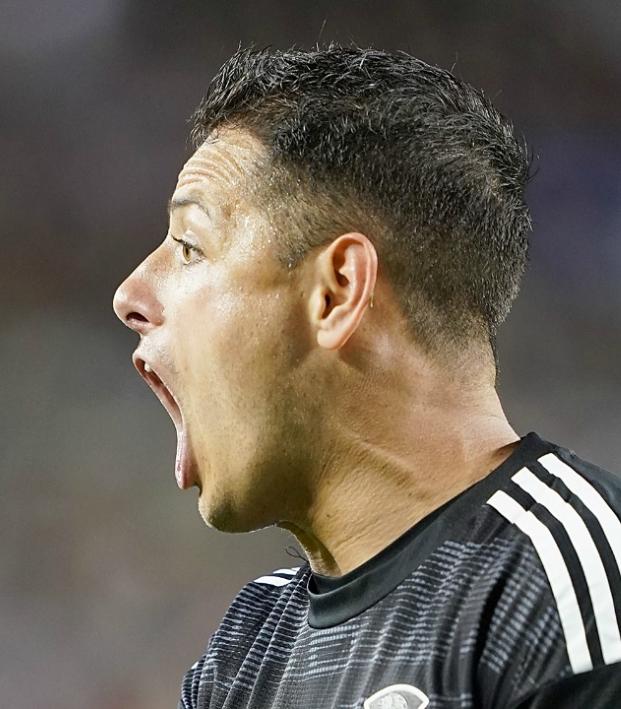 Chicharito Hasn’t Been Very Good The Last Few Years, But Does That Matter?

When The18 launched back in the summer of 2014, we were essentially codependent on the life and times of Javier “Chicharito” Hernández. Our business was Chichagols, and business was damn good.

After quickly establishing himself as one of the world’s best strikers with 33 goals in his first 77 Premier League appearances (only 42 of them were starts), we rode the wave of Chicharito going on loan to Real Madrid to play alongside Cristiano Ronaldo, Karim Benzema, James Rodríguez and Gareth Bale before transitioning into daily coverage of the Mexican’s 2015-16 exploits in Germany with Bayer Leverkusen.

He’d score 26 goals that year across all competitions, pretty much translating into 26 viral articles for The18. But it’s been diminishing returns on both fronts ever since.

After scoring 17 Bundesliga goals during that halcyon season, his league returns have been as follows over the next four years: 11, 8, 7 and this campaign’s half-season total of 2.

It’s been a combination of things that’ve taken away from the Chicharito fanfare. Obviously the lack of goals, playing time and the transition from super clubs like Manchester United and Real Madrid to West Ham and Sevilla are part of that. There’s also been the emergence of other Mexicans in Europe, most notably the sustained brilliance of Raúl Jiménez with Wolves, the play of Hirving “Chucky” Lozano with PSV and his big-money move to Napoli and the transfer of the preciously talented Diego Lainez to Real Betis.

All of those success stories turned the needle far more than “Why Doesn’t David Moyes/Julen Lopetegui Like Chicharito Very Much?”

Which brings us to the present and the return of the good times for both Chicharito and The18. Tuesday, everyone got real excited about confirmation of the 31-year-old’s transfer to the LA Galaxy.

As an MLS fan, there’s nothing not to like. We’ll undoubtedly miss Zlatan Ibrahimović, but what would the world be like without a globally recognized star at the Galaxy? And El Tráfico once again gets its billing as the marquee match of the regular season with Carlos Vela welcoming his compatriot to the City of Angels.

However, a serious question remains: Just how good will Chicharito be over the course of the 2020 season?

It’s easy to assume that the baby-faced assassin is still the same menace that was cracking balls off his own nose and into the back of the net a decade ago ... because he's still baby-faced. But for every Carlos Vela there’s a Marco Fabián, and Chicharito’s league-leading salary of $6 million-per-year comes with its own pressure.

Listening to various outlets around the nation tell it, the last four years of his career have existed in a vacuum that can be written off. 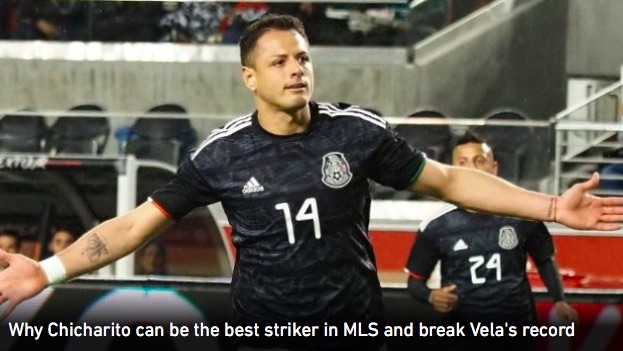 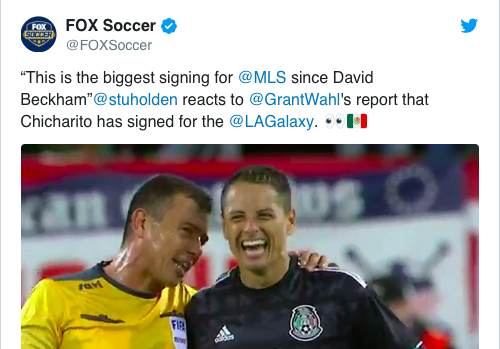 I certainly think that Chicharito can be a huge success in MLS, but I don’t think it’s a given, even if he is Mexico’s all-time leading scorer. Personally, I think it’d be an incredible story of redemption and a massive testament to his will and attitude, but it looks as if I'm the only one that thinks that.

It was inspiring to see Ibrahimović return from a devastating knee injury in his late 30s, but this was a man who’d scored 28 goals in 46 games for Man United at the age of 35. Chicharito is only 31 (turning 32 in June), but his statistics certainly paint a vastly different picture than those of Ibrahimović. The statistics say that Chicharito’s best days are firmly behind him.

If you want to argue that he’s lost a step, you could point to the fact that he was, on average, caught offside twice per 90 minutes with Sevilla. Over the previous five years, that average was 1.06 per 90.

(All stats from WhoScored.com and taken from league appearances)

With regards to his finishing, Chicharito spent the first half of this season attempting 2.6 shots per 90, which is largely in line with his previous numbers. However, his average of 1.2 shots off target per 90 is the worst accuracy mark of his career. Not surprisingly, his goals per 90 is ebbing away as well.

Those aren’t the only damning statistics in what’s been a bleak few years for the striker. He’s averaging 2.8 unsuccessful touches per 90, up from 1.8 during his final year with Leverkusen. He’s also losing, on average, three aerial duels per match, which is by far the worst number of his career. It’s the same for key passes — he averaged 0.3 for West Ham last season and was at 0.6 for Sevilla. During his time with Real Madrid and Leverkusen it was always double that with an average of 1.2.

Obviously all these stats only emphasize what we already know — the last couple years have not been kind to the man. But I think that’s what makes this transfer intriguing. It’s not the fact that he’s Mexico’s leading scorer or a Red Devils icon or that he’ll ignite the Galaxy in terms of shirt sales, stadium attendance and TV numbers in a city with five million Latinos, it’s that he returns as the prodigal son.

For the time being we should make merry and be glad, because Chicharito was lost and is now found. But if he doesn’t start feasting on what Cristian Pavón’s cooking, he’s gonna get slaughtered like the fatted calf. (He’ll be left off Mexico’s 2022 World Cup roster.)