How Fast Is Kylian Mbappe? The Staggering Numbers Behind The Phenom's Blistering Pace 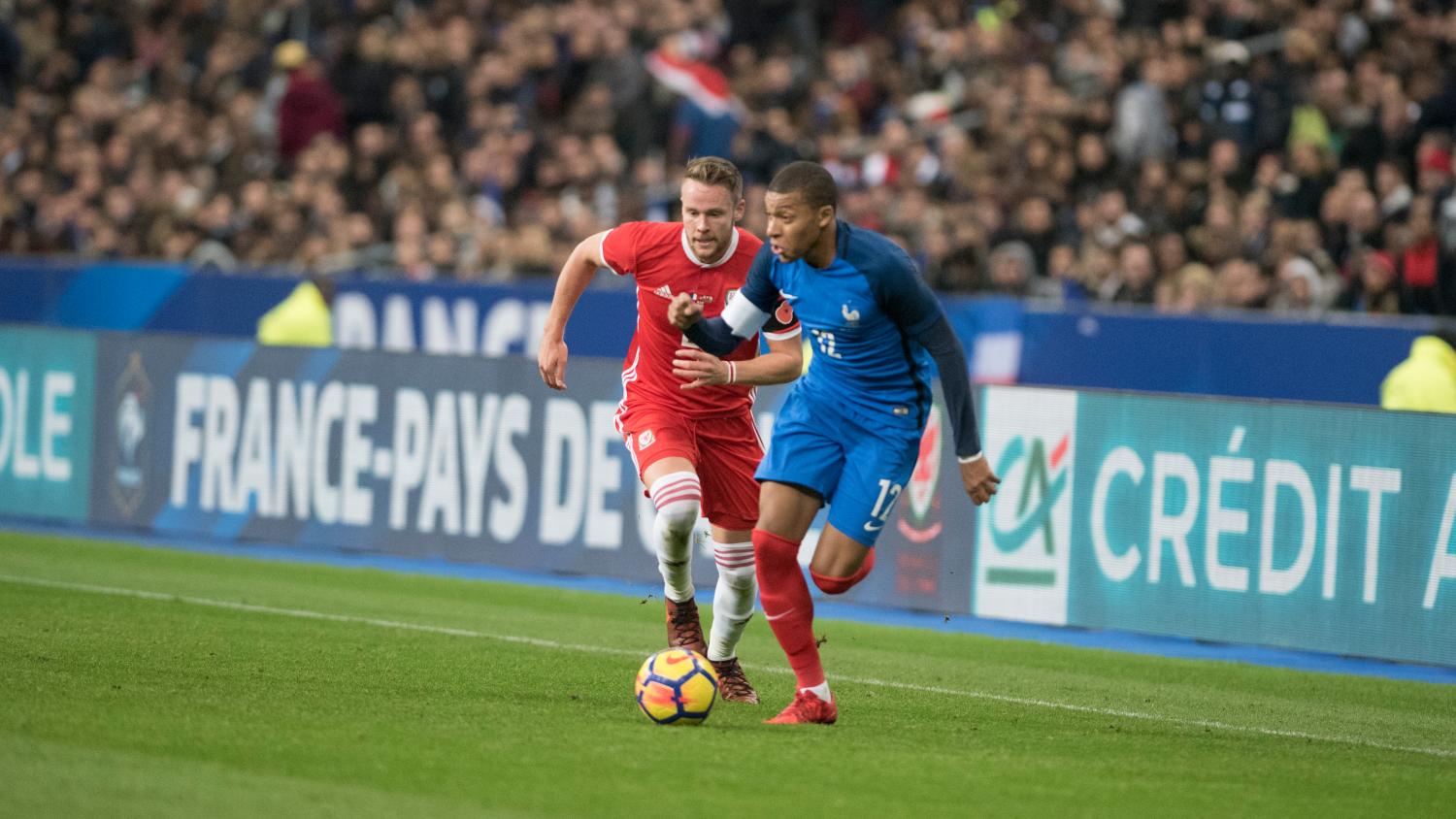 How fast is Kylian Mbappe? That was the question preying on everyone’s mind after the 19-year-old French phenom tore away from three Argentina players before threatening to do the same to Marcos Rojo, causing the defender to take him down in the box for an early penalty to France. Mbappe is frighteningly quick. He eats distances in the blink of an eye with his flowing stride, and he’s as capable of tearing off on a thundering run in the 90th minute as he is in the first. He’s non-stop.

The Paris Saint-Germain forward used the enormity of France’s Round of 16 clash with Lionel Messi’s Argentina to announce his precocious skill set to the world, and after becoming the second teenager to score two goals in a World Cup match — following Pele in that regard — it was realized on a global scale that we were witnessing the birth of something staggering in the world of football.

Kylian Mbappe is SO. QUICK. pic.twitter.com/7BLP9ue9Ar

Of course, for those who’ve been following European club football over the past two seasons, Mbappe’s thrilling play and staggering speed is nothing new. This last season, Mbappe scored a remarkable goal against Lille, forcing analysts to bust out the measuring equipment.

Here’s the goal. Our condolences to the defenders here.

Here's the goal for anyone who hasn't seen it yet... pic.twitter.com/XbIpcIKfrX

How Fast Is Kylian Mbappe?

Yes, the guy is as fast as Usain Bolt, as explosive as Ronaldo, as technically gifted as Antoine Griezmann, as lethal as Falcao and not yet able to imbibe his Budweiser Man of the Match award in the United States.