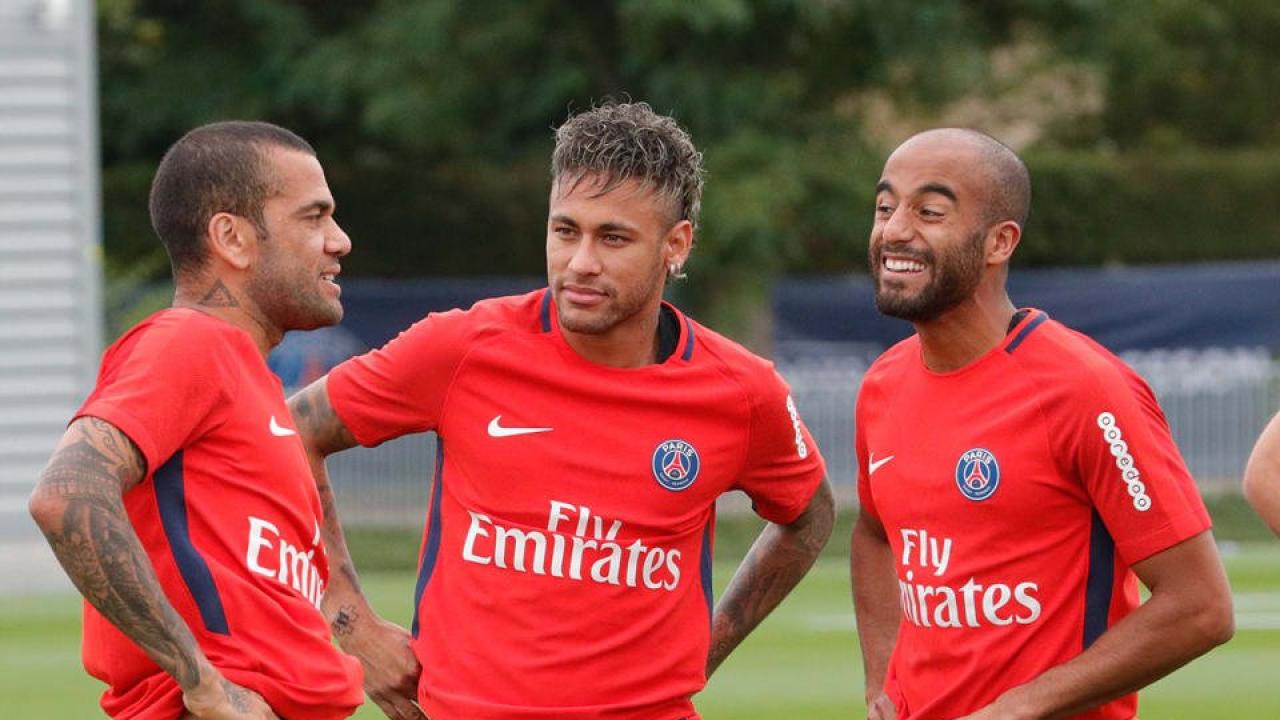 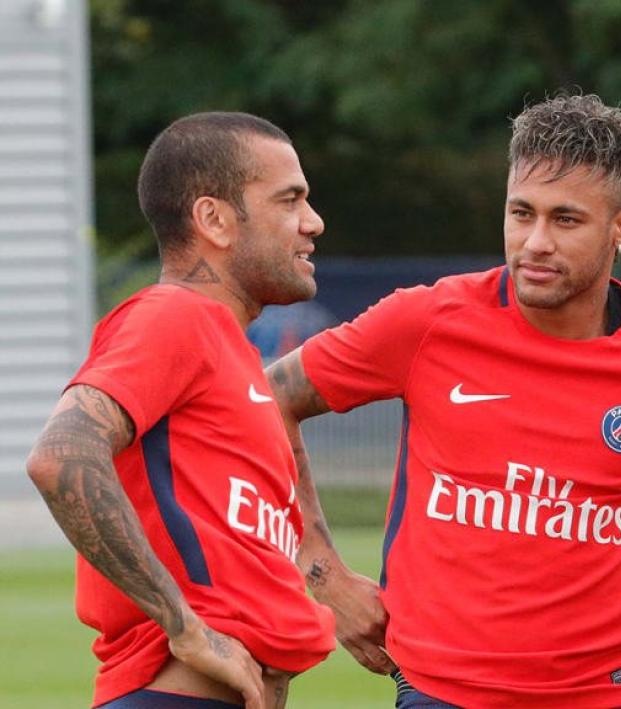 I would venture that a fourth source should now be added to the list, but this particular authority is showing a remarkable ability to dominate the headlines throughout the season — it’s the permanently mic’d up Dani Alves, who gives a Cosmopolitan-esque “Dani Alves Like You’ve Never Seen Him Before” interview every damn day. Alves leaks so much information that I should put a political joke right here.

He just won’t stop keeping it real, baring it all and comparing and contrasting every living creature on God’s green earth. He’s burning bridges at an astonishing rate, upsetting FC Barcelona, Cristiano Ronaldo, Juventus and Pep Guardiola in the last few months alone. 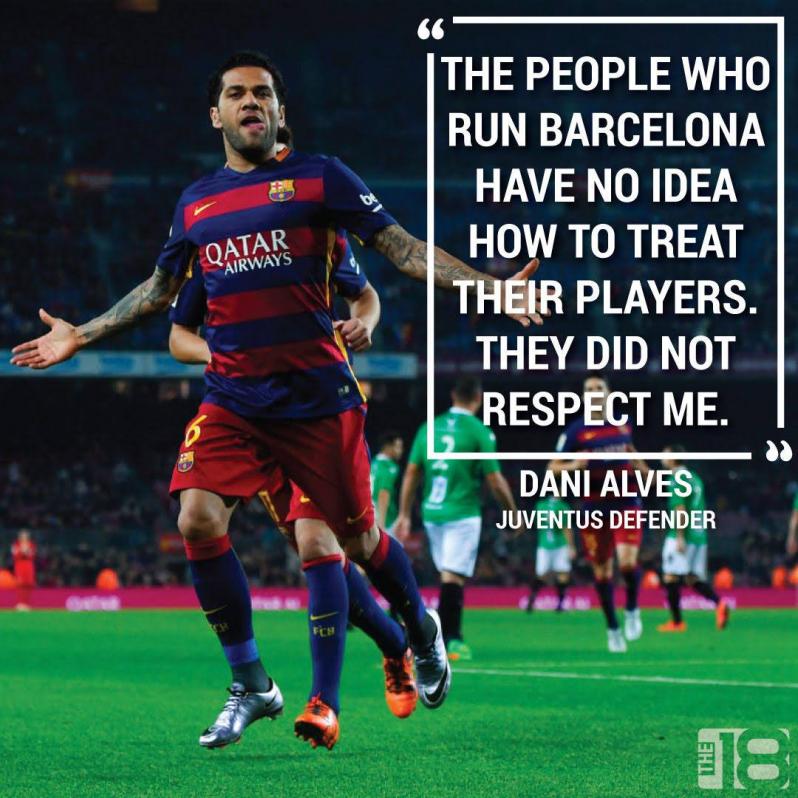 When keeping it real goes wrong.

There’s so much spin coming from one man that it’s hard to remember where exactly he stands. Does he really even play for PSG, or does he just play against Barcelona and Juventus? Will he help PSG in their aim to win the Champions League, or will he be the first one to criticize the club for spending too much money on aging fullbacks like himself?

It’s one thing for a professional athlete to publicly control their own narrative rather than leave that up to the mischievous tabloids, but it’s another to actively contradict yourself at almost every turn.

Back in 2015, Alves provided the Oh Shit! quote of the year when criticizing Cristiano Ronaldo: “He has things that I do not admire because I play for the team. I think that my team is more important than me. I think he cares little for what really matters, which is the collective side of the game.”

Fast forward a couple years and here’s Alves criticizing Juventus for not allowing him to play his game: “I’m a footballer who loves to play with the ball and with the team, and risk making some skillful moves. I think that Juventus didn’t understand my style of play and this did not allow me to be happy. I wanted a new experience, a new adventure…Here in Paris I feel good and I am certainly freer.”

As we all know, Juve were one match away from winning a historic treble. What that tells you is that Massimiliano Allegri was near-perfect with his tactics and that the good of the team was placed before any individuals desire to joga bonito. In light of Alves’s Ronaldo critique, he comes off looking like a prized asshole in his criticism of Juventus. 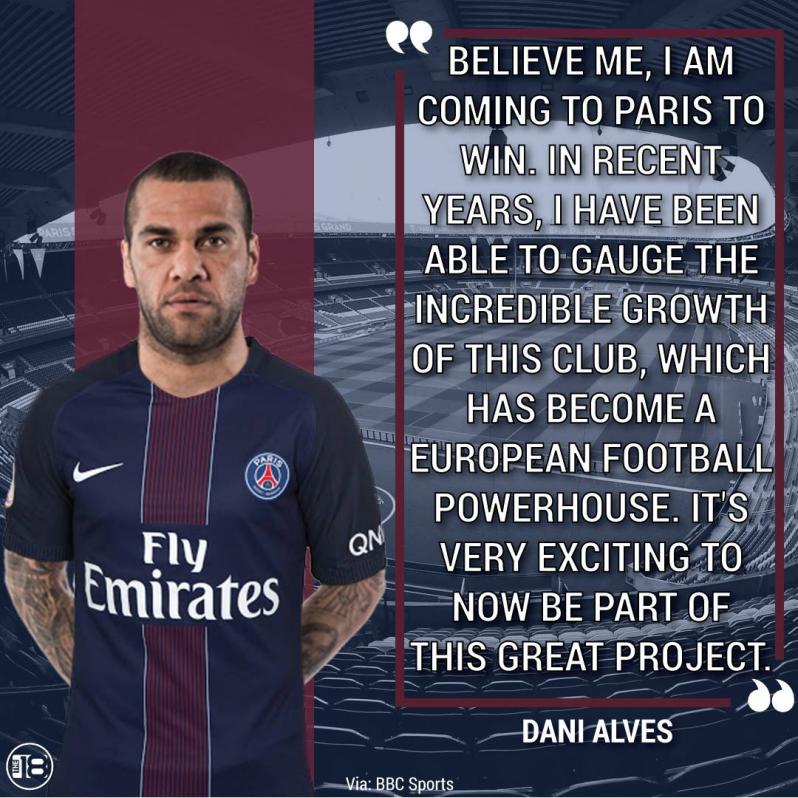 Dani Alves is excited about never having to defend again.

According to Alves, he moved to Serie A in 2016 for the defensive culture, and that demand to defend well also made him interested in going to the Premier League.

However, after being on the verge of joining Pep Guardiola at Manchester City, it’s apparent what kind of challenge Alves is currently looking for — one that includes a laissez-faire fair attitude with regards to defending. Let's be honest, he won’t need to do much of it in Paris.

You can understand why Guardiola was floored by the fullback’s decision to join PSG over Manchester City. At 34, and based off the evidence of last season, Alves still appears to have more in the tank. And while it’s difficult to begrudge him a league title in a fourth different country, which is a near certainty in France, it’s also obvious that Alves chose the brand challenge over the footballing one. 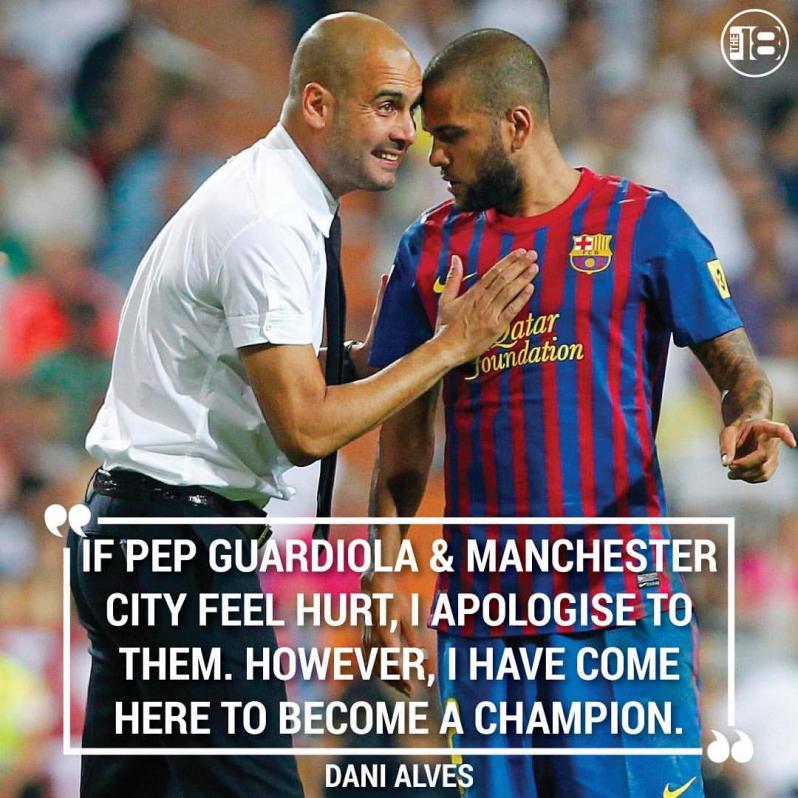 We all knew that Alves’s time at Juventus was up when he went public with the subject of his conversations with Paulo Dybala: “We have spoken many times and I told him that one day, I do not know when, he will have to leave Juventus to improve even more.” For me, this was the most insane quote of the year. For a player that says he's all about the team dynamic, it's strange to see him actively try to destroy the team's future.

In the end, Alves sounds more and more like a retired footballer turning into a commentator. He’s perhaps the heir to Diego Maradona when it comes to getting a good soundbite from a retired legend (although Maradona thinks “Dani Alves is an idiot . . . He speaks because he plays in a position where football is not played.”) 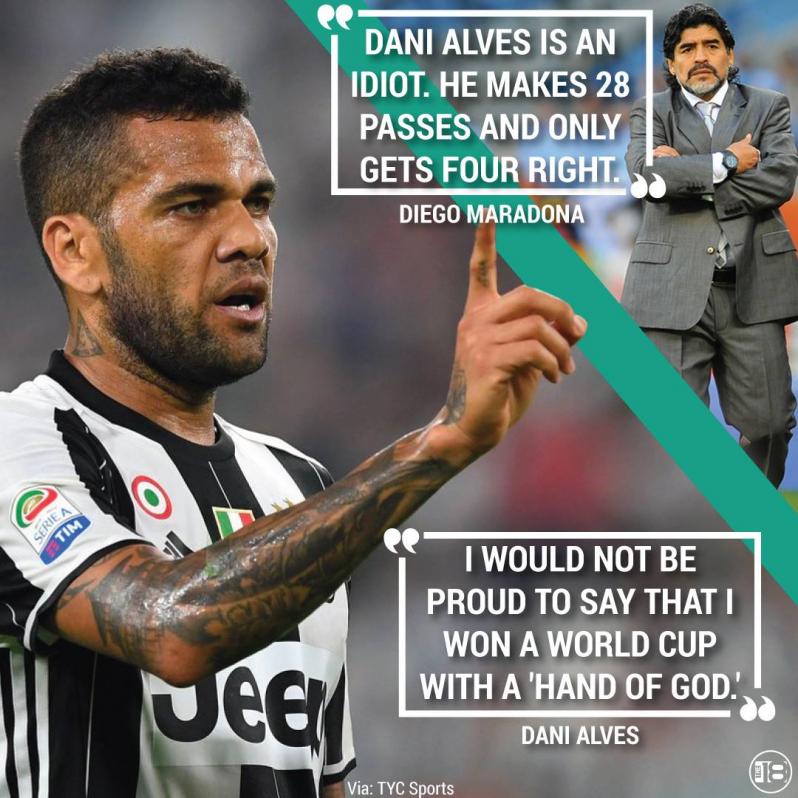 The best rivalry in football.

Being the legend that he is, Alves is, for the most part, worth listening to. But sometimes you do wish Carles Puyol would just silence him mid-sentence and tell him to cut the shit.