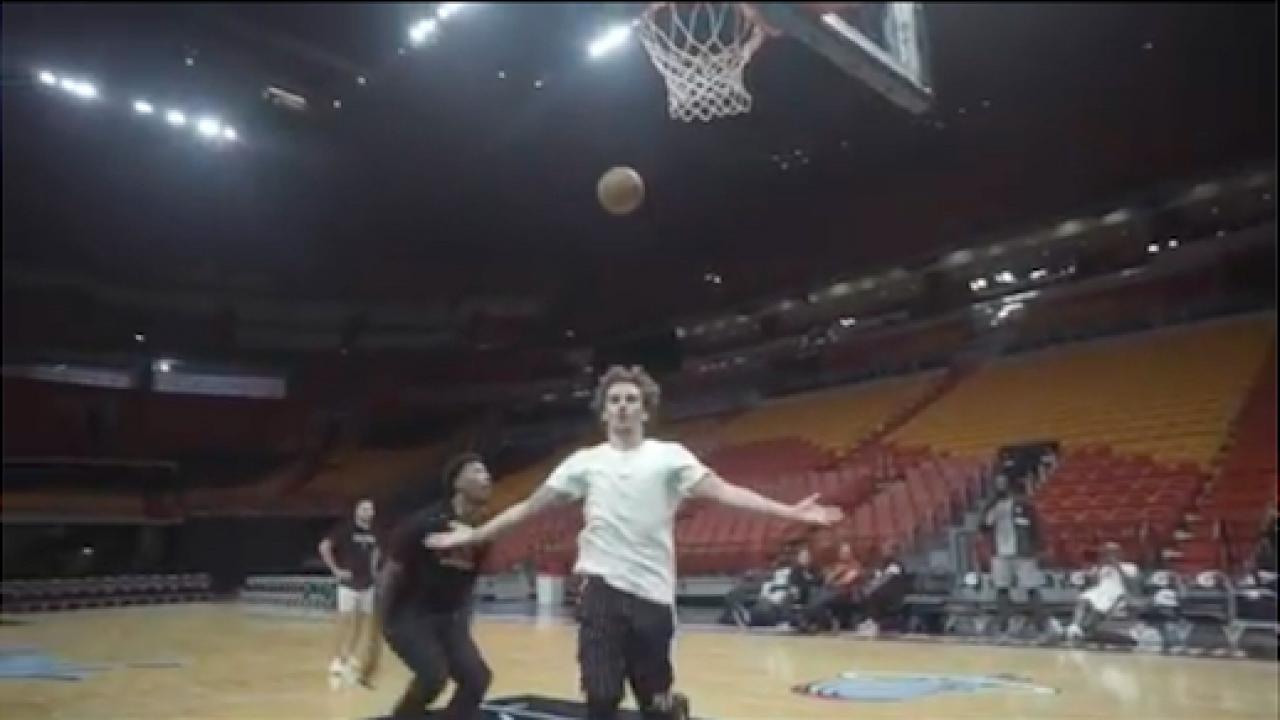 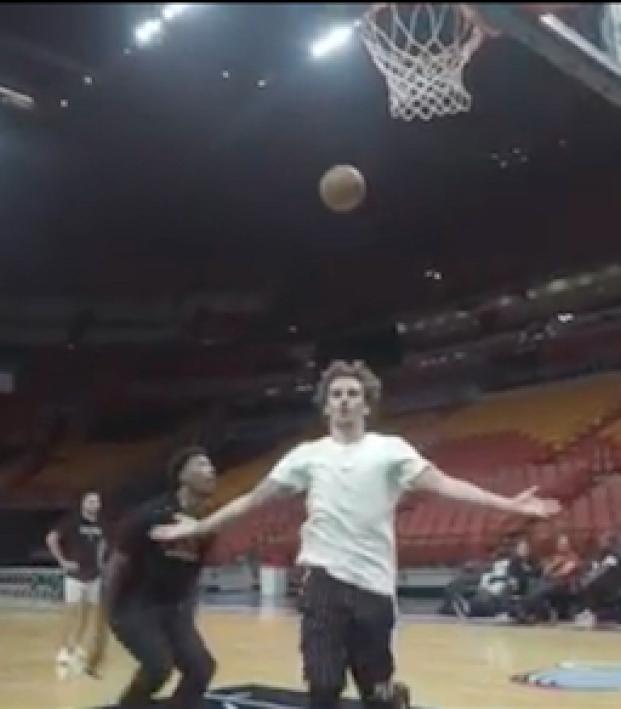 Is Antoine Griezmann In The Wrong Sport?

Just hours before NBA free agency opened on Sunday, June 30, Antoine Griezmann dropped his new highlight tape, but not in the sport we’d expect. The French star was seen balling with the Miami Heat, living his best life in the offseason.

At the same time, Atletico Madrid and just about everyone else has announced the Frenchman’s exit from the Spanish club. Griezmann has had fans glued to their phones waiting for news to break about the star’s next team.

But the 28-year-old does not seemed phased by the transfer being delayed.

Griezmann can be seen in the video hitting jumpers, faking out just about everyone who guarded him and, obviously, showcasing some solid footwork.

He also hit some deep threes and the 5-9 forward made a case to be a very undersized guard for Pat Riley’s Heat.

Griezmann capped off his highlight reel with a re-creation of one of the most iconic Miami sports moments ever. Griezmann, portraying Dwayne Wade, threw a lob up to Miami’s Josh Richardson, portraying LeBron James, who threw it down, recreating the “Are you not entertained?” photo of the two.

Although the original pass was a bounce pass through traffic from Wade, we will happily accept the Griezmann/Richardson 2.0 version.

The Frenchman has nothing but great options for landing spots, including Barcelona, PSG and now the Miami Heat (or maybe Inter Miami?).

Fans will now wait with more angst than before with not only another team in the mix, but another sport for the Griezmann.