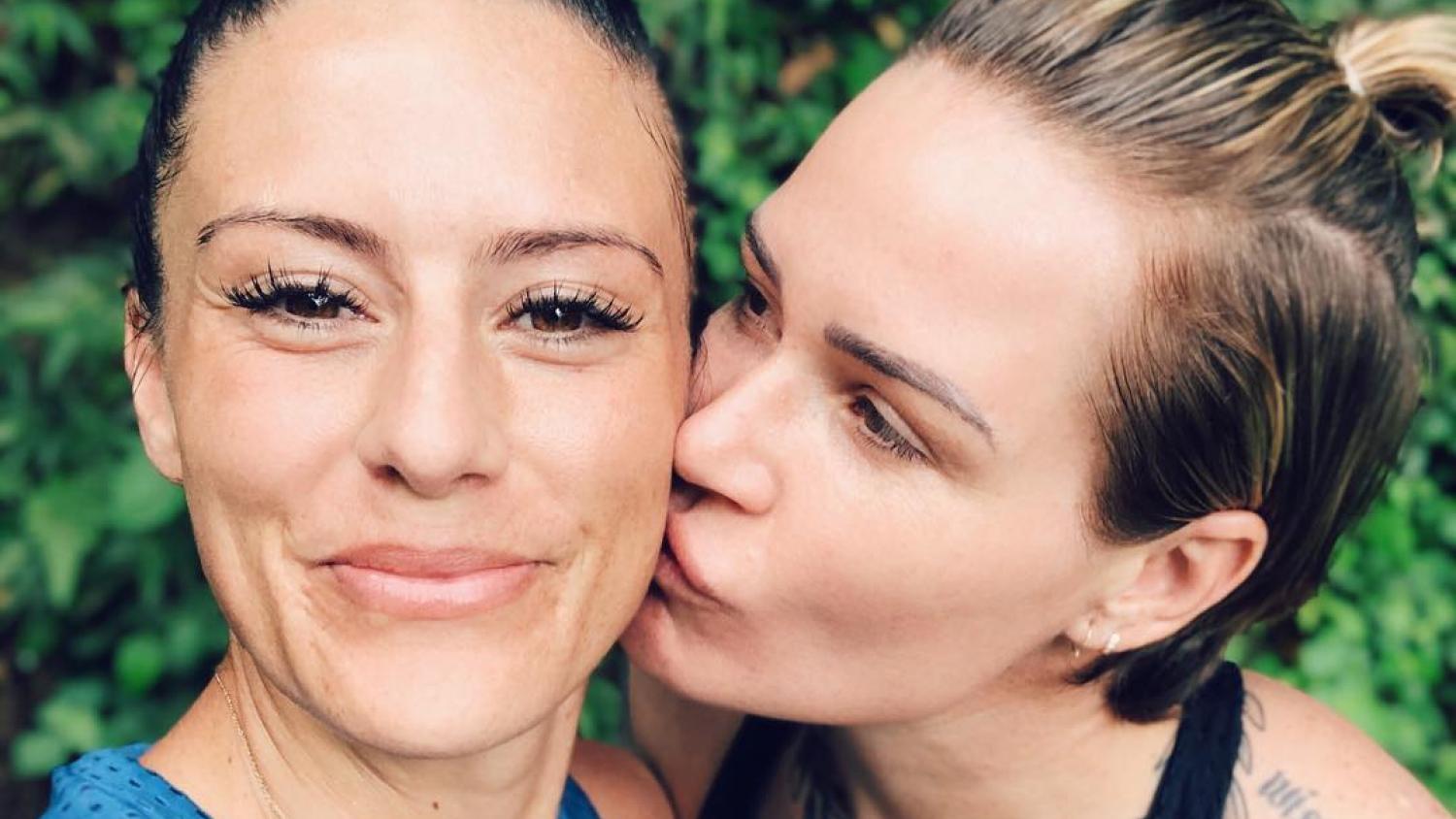 Ali Krieger and Ashlyn Harris, teammates for the NWSL’s Orlando Pride, are engaged.

Krieger, 34, and Harris, 33, who were members of the 2015 Women’s World Cup winning USWNT, went public with their announcement on Wednesday, first confirmed by People magazine.

Harris is still a member of the USWNT, a second-choice goalkeeper heading into the 2019 Women’s World Cup. Krieger hasn’t been a part of the USWNT set-up since 2017, though some would argue she should be.

Krieger and Harris first met as teammates on the USWNT in 2010.

“We became really close friends, and we just hung out, we clicked, and we had so much in common,” Harris told People. “We always sat next to each other on the bus and on flights, and we kind of just talked about our dreams and our hopes and what we wanted to do one day when we grew up. Because at the time, we were kids.”

If I’m ever to leave this life early, I want to be remembered exactly like this..in your arms, under a waterfall.

“I think that I’m very quiet and reserved,” Krieger said. “Since being with Ash, I really feel like I’ve blossomed into the woman that I want to be, and she’s helped me become the woman I am.”

The Pride teammates didn’t go public with their relationship before because they wanted to cause a distraction professionally.

“We wanted to be professional and make sure that we showed up every day and did our job and it wasn’t just because we were together, it was because we love what we do, and we’re really good at what we do,” Krieger said. “And that was most important for us.”

According to People, Harris proposed to Krieger in September shortly after the end of the NWSL season.

Harris has a big year with the Women's World Cup coming up. The couple has plans to get married in Florida near the end of the year.