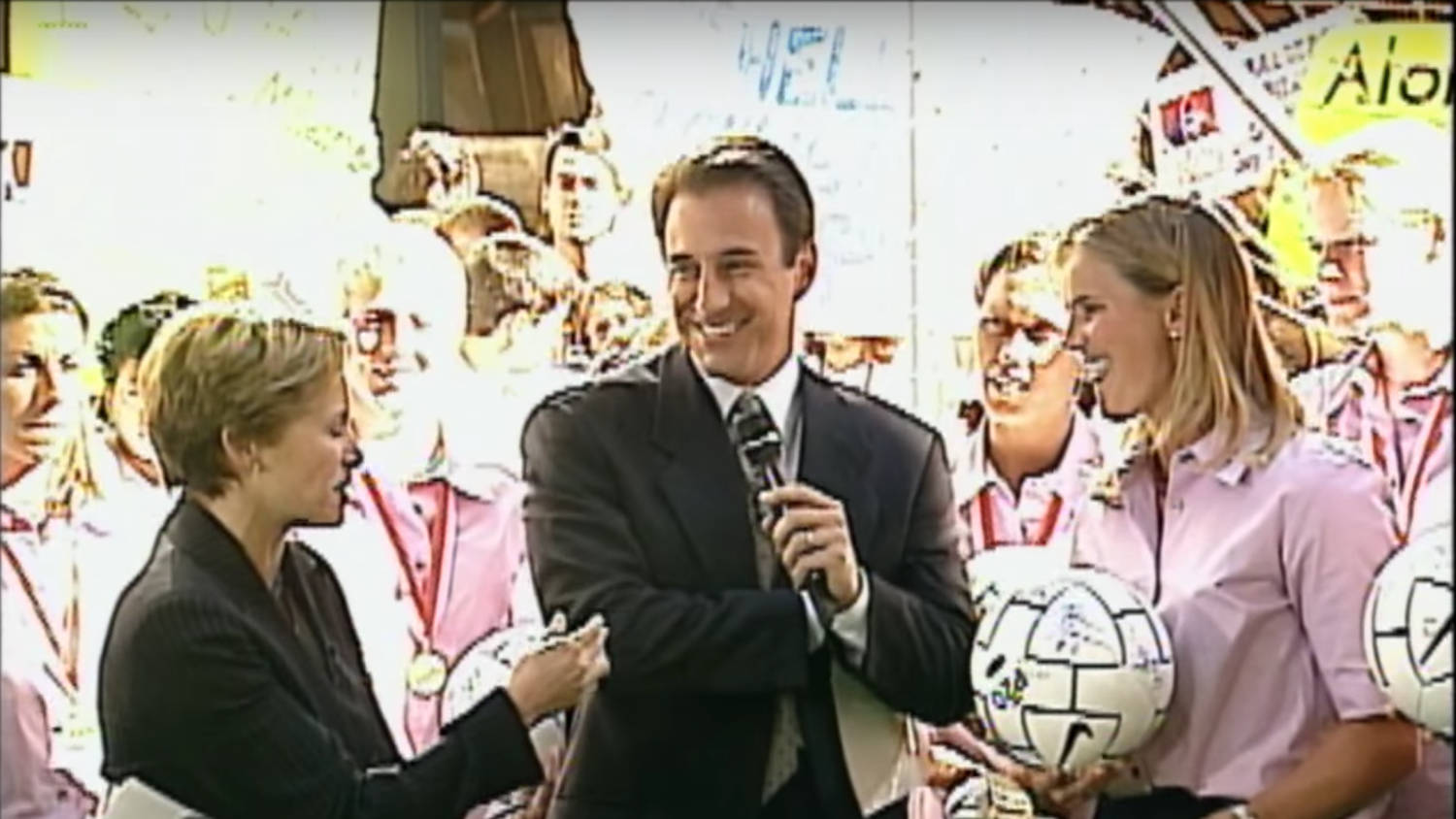 The 1999 USWNT pulled off one of the greatest triumphs in U.S. sporting history when it defeated China on penalty kicks to win the Women’s World Cup in front of 90,000 screaming fans at the Rose Bowl and millions more watching across the country.

The United States’ win over China on July 10, 1999, marked a seminal moment not just in U.S. soccer history but U.S. sports history. Nearly 20 years later, the 1999 USWNT is still worthy of celebration, still one of the greatest teams to ever wear the red, white and blue of America.

Many of the 1999ers served as role models for the 2015 USWNT, which won the nation’s third World Cup (the first came in 1991), and many of those same players will be in France fighting for a fourth World Cup this summer.

After that victorious tournament, the USWNT embarked on a publicity tour to capitalize on their unprecedented success. The next year they’d boycott a tournament to demand more equal pay, setting the tone for the USWNT fighting for equality that still carries to this day, with the current squad recently suing U.S. Soccer for gender discrimination.

But before the victory tour matches and the 2000 Olympics disappointment (the U.S. got silver), the 1999 USWNT got some well-deserved face time as news and talk shows looked to highlight this remarkable team.

One such appearance was on the “Today” show on NBC, shown below. It’s an intriguing look into how the nation felt about the USWNT after winning the Women’s World Cup. The segment has not aged well, showing how society has changed in the last 20 years.

Just a couple of days after defeating China 5-4 on penalty kicks following a 0-0 draw, the U.S. players — except the injured Michelle Akers — were interviewed by Katie Couric and Matt Lauer.

While Couric doesn’t seem to have aged a bit in the intervening 20 years, seeing Lauer hold a microphone super close to these women knowing what we now know is a bit uncomfortable. Lauer was fired from “Today” in 2017 after a flood of sexual misconduct allegations.

Lauer was accused of making lewd sexual comments about female coworkers, giving a female coworker a sex toy and telling her how he wanted to use it on her and showing his penis to a female coworker. Lauer even had a button on his desk that would allow him to lock his door from his desk, which, fellas, isn’t normal behavior.

And, looking back, Lauer was just a creepy dude who cheated on his wife — even if the relationships were sometimes consensual, they were built on an abuse of power.

In the clip, Couric and Lauer trade off interviewing various players, starting with, unfortunately, Lauer interviewing Brandi Chastain. It was Chastain, of course, who tore off her top to reveal her sports bra after she, as Lauer put it: “made the winning kick in penalty shots.”

Couric, and fortunately not Lauer, was the one to ask Chastain about that iconic moment when she took her shirt off. However, Lauer’s giggly face when Couric brought it up is a bit creepy. (At 1:12 in the video.) 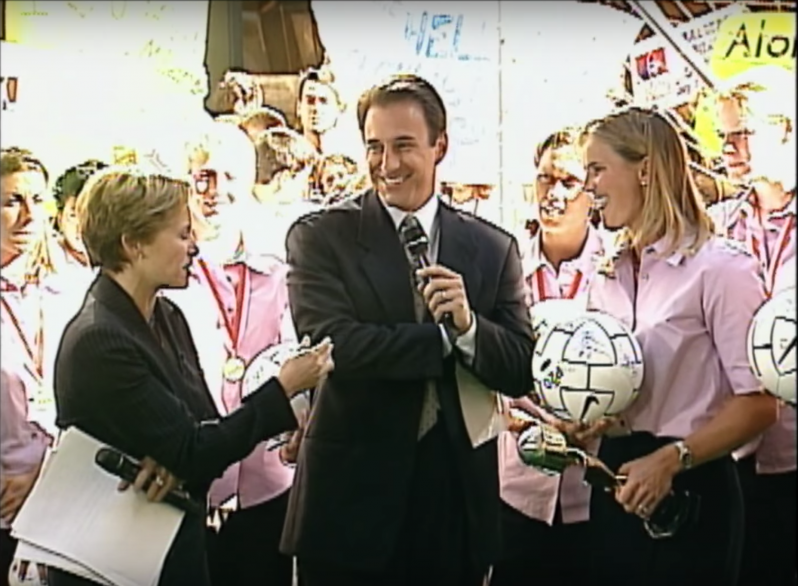 Matt Lauer giggling at the thought of Brandi Chastain taking off her shirt. Screenshot: TODAY | YouTube

After that, Couric interviewed Briana Scurry, who Couric said had talked “eloquently” about being the only African-American starter on the 1999 USWNT. While “eloquently” isn’t as blatantly racist as saying a black athlete is “articulate” or “well spoken,” it does sound off by today’s standards.

Later in the segment, Couric talked to Carla Overbeck and Joy Fawcett about being parents, because, you know, male athletes are always asked about how they balance being a parent and an athlete.

It was pretty clear that Katie Couric and Matt Lauer didn’t really know much about soccer. This was the norm back then, when soccer was still that sport of the future with no women’s league and MLS still struggling to make its mark.

Soccer is far more mainstream these days, fortunately. When Carli Lloyd went on a publicity tour after the 2015 Women’s World Cup win, she talked to Seth Meyers about flopping, not about what the win meant for women’s soccer in America.

One of the final segments of the clip saw Couric interview Chastain and Foudy about them posing in various states of undress. Chastain appeared nude in “Gear” magazine (her private parts were not visible) while Foudy appeared with her husband in SI’s swimsuit issue.

Couric told Chastain, who was basically a female Cristiano Ronaldo at the time, that she had an incredible body, which would’ve been creepy if Lauer had said it but was slightly less weird from Couric.

Chastain had a great answer to Couric’s awkward question about whether or not she should do such photo shoots. It’s an answer that would still stand today, one of the few things that didn’t age poorly in the entire 1999 USWNT “Today” show segment.

“I think people take it how they want,” Chastain said. “When I did the photo for ‘Gear’ my message was women can be athletic and strong and powerful and feel confident about themselves and they don’t have to hide behind anything to be strong.

“The message was not of selling soccer with sex; it was being confident in yourself and feeling good about who you are.”