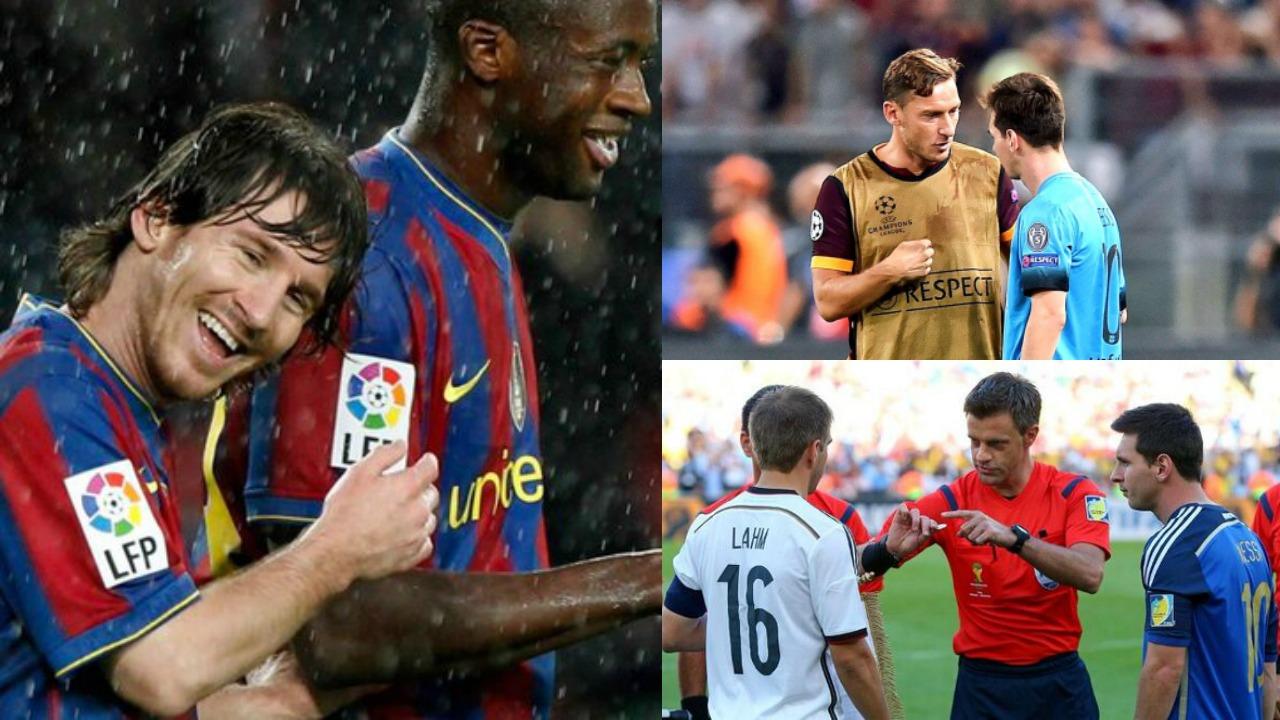 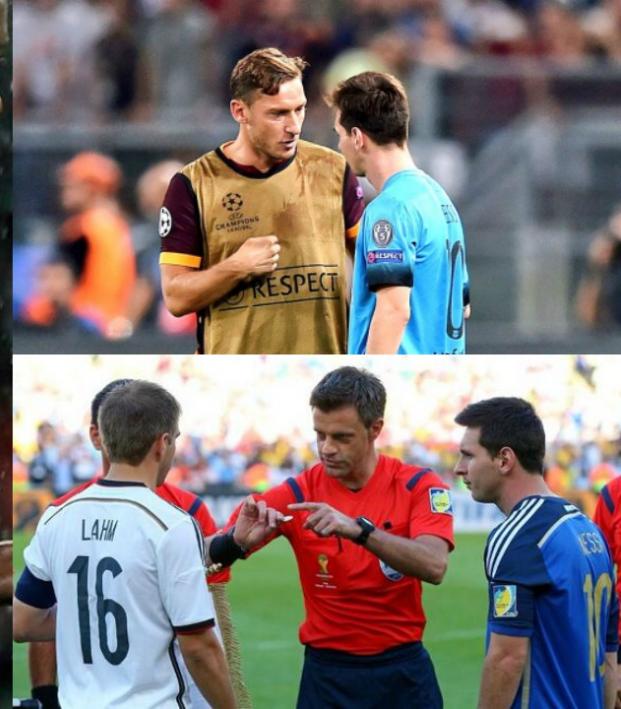 10 Lionel Messi Secrets That Will Melt Your Face Off

Do you want in on some juicy Lionel Messi secrets? These secrets are so scandalous that they've got JUICY written across the back of their designer tracksuits. These skeletons in the closet, or should I say jerseys in the closet, are being exposed. I said I'm sorry Leo! I never meant to hurt you! I never meant to make you cry, but tonight, I'm cleaning out your closet!

So here you go, because this is all we really have in life — we’ll soon travel into the great unknown armed with only our stories and a faint sense of optimism regarding the chances of their being pizza and music at our final place of resting. So let me tell you a couple Messi secrets that you can strap on like a life preserver as you float down the river Styx.

Messi doesn’t swap jerseys — he’s told us that. There are a few exceptions to this rule (Zinedine Zidane being one). Other than that, he’ll swap with Argentinians because they’re fam, or he’ll just impishly walk around the pitch post-match on his twinkle toes, exchanging with whoever asks him first.

A recent photo depicting Messi’s collection confirms this fact (except there’s no Zidane shirt, leading us to believe that it’s either under lock and key or the Frenchman denied him).

But there’s also clearly an organizational pattern to this non-functional closet housing stinky wears. Upon entering, there’s a bit of art theory at play here, the focal point being Messi’s home and away kits for Argentina at the 2014 World Cup. Above and below those you have Messi Barcelona kits (2015-16 kit from when Barca won La Liga and, I think, 2007-08 when Messi probably scored his millionth goal or something).

Immediately surrounding these are the secondary points of emphasis, and then things sort of taper off to the sides with what you burgeoning Claude Monets would call the technique of subordination.

Above Messi, you have his celestial case, housing the heavenly fathers of football.

Amongst all the jerseys you’ll find many Barcelona teammates, Argentinians and defenders who spent 90 minutes attempting to stay close to Messi so that they could swap shirts with him at full-time. Other than these players, here are 10 SECRETS that you are now a party to. 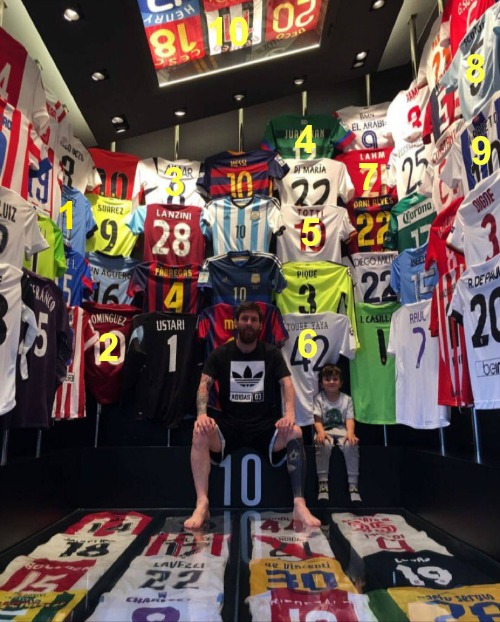 As you can see, I've written numbers on the numbers above which correspond to the numbers below.

SECRET #1: Pablo Javier Perez — If you’re not well-versed in Argentine club soccer, chances are you’ve never heard of Pablo Perez. The 31-year-old joined Malaga, the jersey you see here, in 2014 but only made 11 appearances for the Spanish side.

He returned to Argentina in 2015 and now plays for Boca Juniors. More interesting than all of this nonsense is the fact that Perez came up through and graduated from the Newell’s Old Boys youth setup, making his senior debut for the club in 2006.

Messi, of course, is a lifelong supporter of Newell’s Old Boys and joined the club as a six-year-old. Perez is not even two years older than Messi, so these two were probably pretty chummy as children. Perez has basically lived out football's version of the Life of Brian.

SECRET #2: Alejandro “Chori” Dominguez — Chori is a 35-year-old attacking midfielder from just south of Buenos Aires in Argentina. He bounces around a lot, and he’s only represented Argentina on one occasion (in 2003), so he’s another player you probably don’t know.

Fortunately, Messi knows him, and he’s willing to share the secret of Chori with us by proudly displaying his jersey. He currently plays for Olympiacos in Greece, but he’s also had successful, albeit short, stints with Rubin Kazan, Zenit St. Petersburg and River Plate. You can tell why Messi admires him, he's a lot of fun.

SECRET #3: Pablo Aimar — Lionel Messi says he’s only ever actively asked Zinedine Zidane for his shirt, but legend has it that there’s one other shirt he had to have: that of the footballing wizard known as Pablo Aimar. Read up: Want To Play A Little More Like Lionel Messi? Easy, Just Idolize His Idol 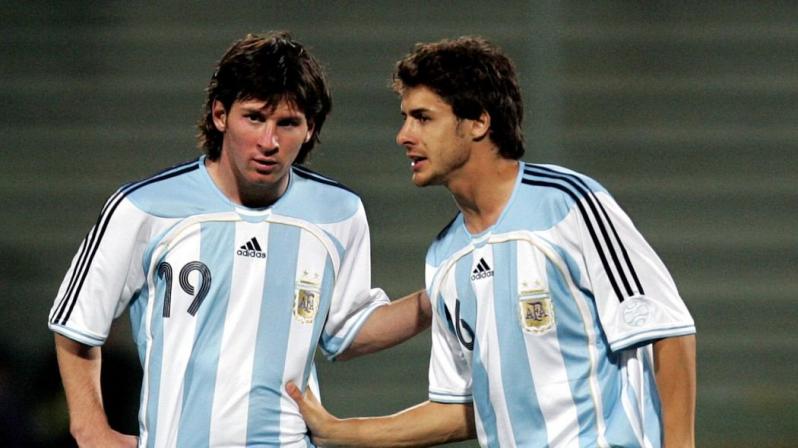 SECRET #4: Juanfran — I’m a big fan of this secret because it shows Messi’s class. Not only does he respect the great attacking players of his generation, but he’s also got mad love for the likes of Atletico Madrid right back Juanfran.

Juanfran has been instrumental in an Atletico side whose achievements (the 2013-14 La Liga title and two Champions League runners-up medals) are arguably more impressive than anything Barcelona or Real Madrid have managed. Juanfran would run through a wall, eat cement and bleed himself dry just to clear the ball out for a throw-in. 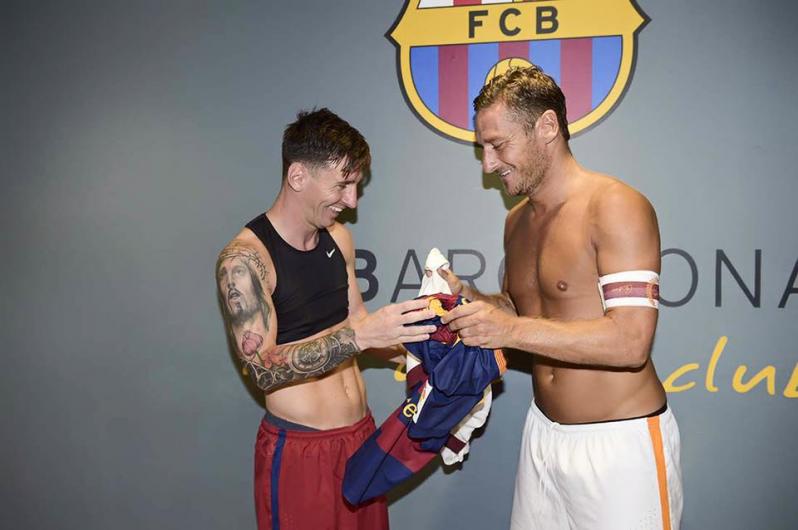 The secret here is a pretty public one, but Messi loves Totti, just like everyone else.

It’s easy to forget that Yaya won two La Liga titles, one Copa del Rey and one UEFA Champions League with Barcelona before beginning life in Manchester, where he’s been for seven years now. Time flies, and that’s the secret.

SECRET #7: Philipp Lahm — Like the Juanfran secret, this is all about game recognizing game and then hanging the artifacts from that game inside a room full of shirts. Titanic clashes between Bayern Munich/Barcelona and Germany/Argentina have featured these two — perhaps the best attacker on the planet vs. the best defender.

Lahm has now retired at 33, which, with Messi turning 30 this month, would see the Barcelona man play only three more years. That would be a travesty, but I don't question Lahm's decision to retire. He won the World Cup, he can do whatever he damn well pleases. 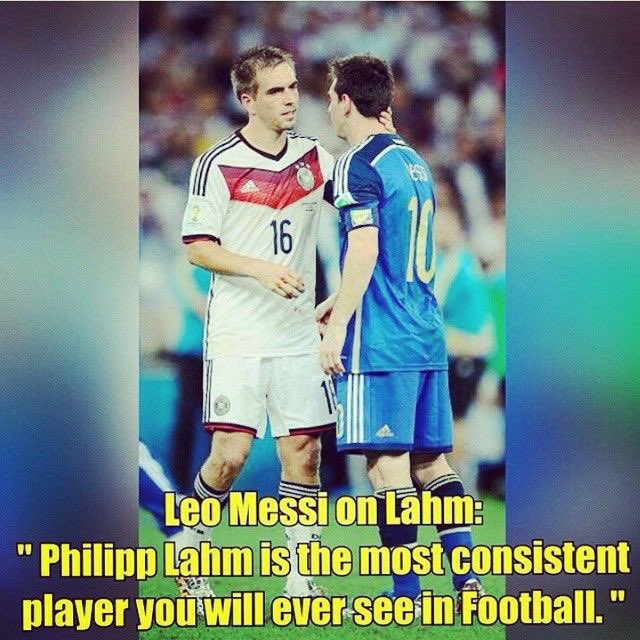 SECRET #8: Lionel Scaloni — Did you know that there’s another footballer from Argentina named Lionel? And he used to do things like this. Shh...

SECRET #9: Xabi Preto — Here’s another guy that’s not widely acclaimed, but Messi knows what’s up. He does things like this:

And he hasn’t missed a penalty in over ten years.

33-year-old Spanish midfielder Xabi Prieto was born in San Sebastian, Basque Country. As such, he came through the ranks at Real Sociedad, and he’s been there ever since. The one club man has made over 450 appearances for the white and blue, and he’s earned Messi’s respect, which is more than you or I can say.

SECRET #10: Pavel Nedved — When asked to name Ballon d’Or winners since 2000, I’d be willing to bet that the name most people would omit would be Pavel Nedved. There was a time when Lazio were the finest side in Italy and the Czech Republic among the best national teams in the world — a lot of that was down to Nedved.

He went on the shine at Juventus for eight seasons before retiring, but Messi’s decision to place his jersey in the ceiling, where he can sit on that little bench and gaze into the sky thinking about Nedved’s quality, tells you everything you need to know about the footballer.

The most secretive part of this kit swap? It went down in 2005 when an 18-year-old Messi dismantled Juventus in a friendly.