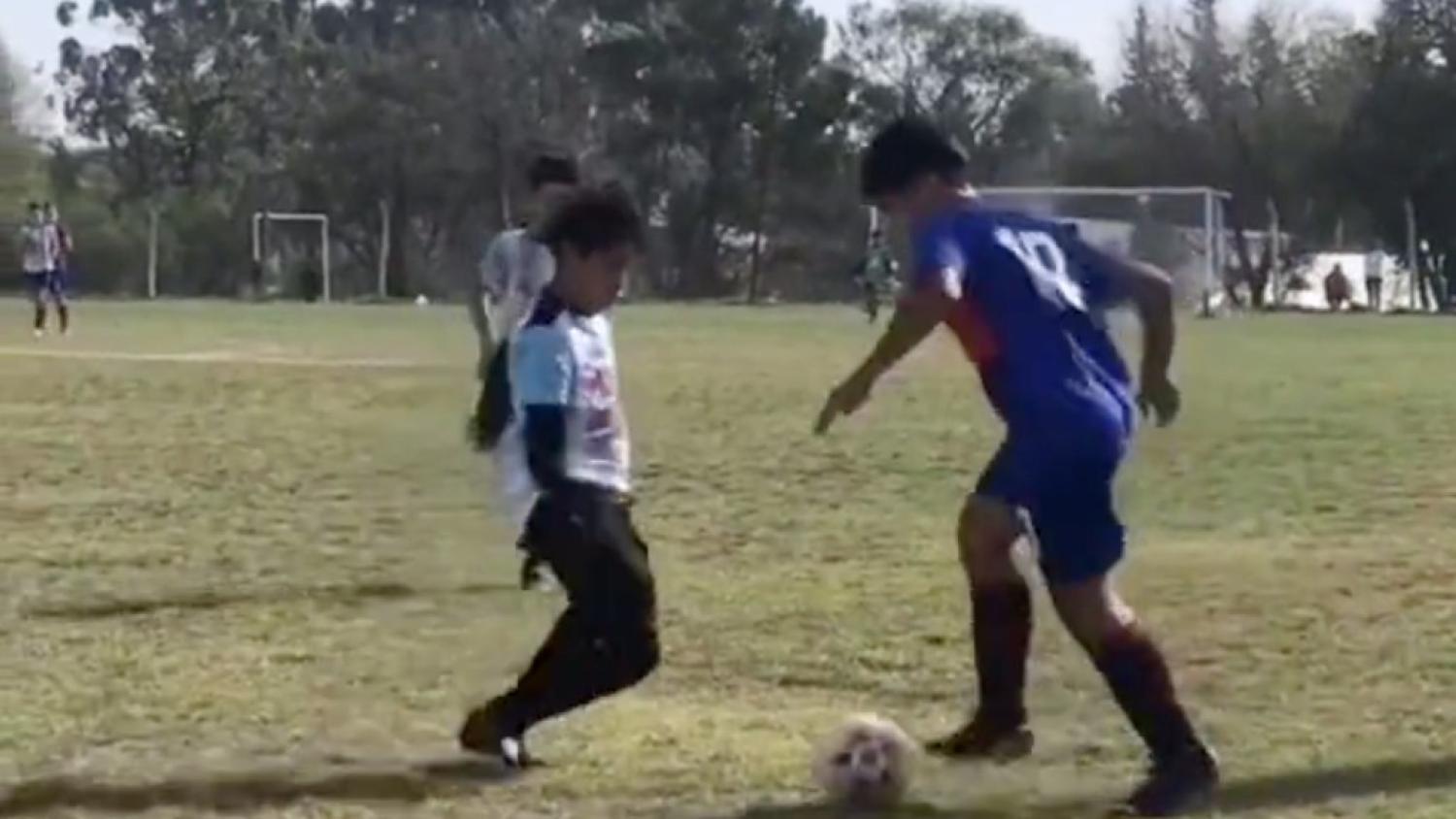 At 13, the kid is already showing some skills.
TikTok

It's hard to say how things will turn out for Benjamín Agüero, considering he is just a 13-year-old kid. However, after seeing a couple of clips online, it is safe to say that the soccer DNA of his ancestors also runs through his blood and feet.

If you are wondering who his ancestors are, here is a gentle reminder: He is the son of Sergio Agüero and the grandson of Diego Maradona.

Yeah, talk to me about carrying weight over your shoulders.

Anyway, coming back to the skills convo: Benjamín Agüero is currently playing in the Club Atlético Tigre youth teams. And there, he has shown a few nice tricks under the sleeve.

One of them was captured a couple of days ago. In the images, you can see Benjamín Agüero controlling the ball effortlessly before dribbling an opponent and then nutmegging another in a sequence of movements that reminded us of his insane lineage.

The history would be even better if we added the urban legend that Benja's godfather is Leo Messi, but Sergio Agüero denied those rumors last February.

"He is not Messi's godson. I don't know who invented that. The godfather is my best friend," he said in an interview with TyC Sports.

The video, by the way, is not the first digital footprint showcasing Benja's talent. Last July, there was another clip in which the kid dribbles a goalkeeper before scoring a beautiful goal.

Kun Agüero is well aware of his kid's skills but avoids putting unnecessary pressure on him: "He is at the age to play soccer and wants to do it. I will be accompanying him in whatever he wants to do."