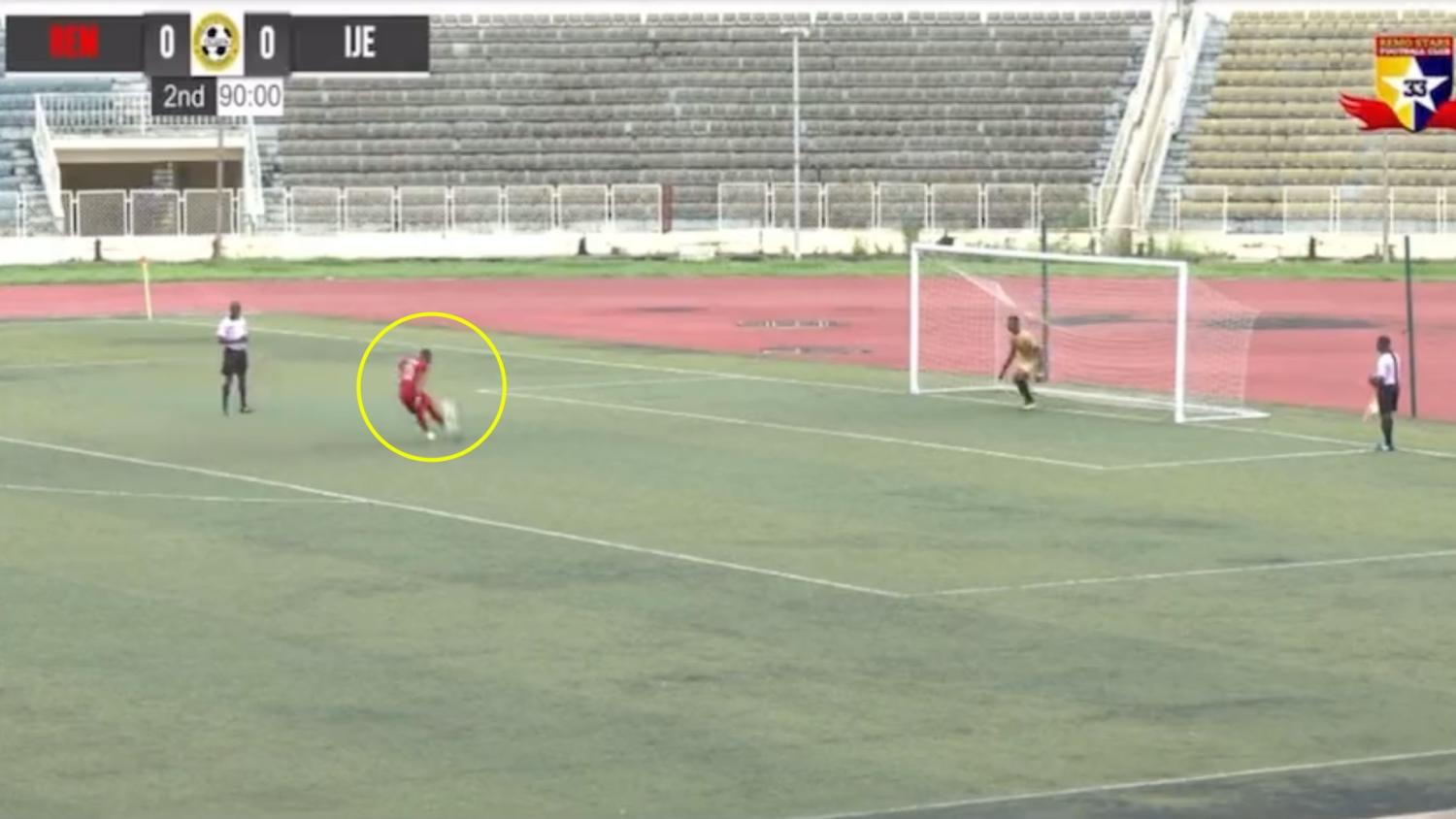 Nigerian team Remo Stars FC is under suspicion of match fixing after losing the final of a regional tournament in a surreal penalty shootout. The argument to make the case? A video in which you can see the club's goalkeeper not even trying to save their opponents' shots and another player sending his PK straight to the throw-in line.

After a scoreless 90 minutes, Remo Stars FC had to decide the title of the Ogun State FA Cup final against Ijebu United from the spot. And there, things got dodgy since the first shot.

Standing still on the line, Remo Stars FC goalkeeper let Ijebu United score its three first shots without a sign of resistance. And at the same time, Remo Stars FC players failed every single one for a final 3-0.

Among those misses, one specifically raised suspicions. How? The shot went straight to the throw-in line.

If this isn’t Match Fixing, then I don’t know what it is.

Why is Nigerian football like this? Why don’t we ever want progress??

Nigerian sports writer Ibukun Aluko published a video of the sequence and cried because of the state of soccer in his nation.

"If this isn't match fixing, then I don't know what it is," he wrote on Twitter next to the clip. "Why is Nigerian football like this? Why don't we ever want progress?"

He wasn't the only one complaining. Several fans vented about the situation and a few slid in the fact that the owner of the team, Kunle Soname, is also the owner of Bet9ja, a betting company.

A few hours later, however, Aluko returned to the social media platform with a version of Remo Stars players denying match-fixing and claiming that the whole plot was a "mark of protest for the unfair officiating in the game."

I found out that Remo stars players deliberately threw away their first 3 spot kicks and their Goalkeeper also remained motionless when the opponents took theirs as a MARK OF PROTEST for the unfair officiating in the game.

Is it possible? Who knows.

Either way, it's hard not to appreciate how the guy who sent the ball to the throw-in line put his hands over his head as if he had missed the PK by an inch.