18 Of The Best Ray Hudson Calls Brought To Life

17. “Showing him this much space is like handing the keys to the blood bank to Dracula.”

15. “As electrifying as a hairdryer thrown into a hot tub, my friend.”

14. “He could shave a mouse in his sleep and not disturb her.”

10 players whose reputation tanked during the World Cup

The lasting memories of World Cups should be the celebrations of football — the glorious goals, the mesmerizing skills, the feel-good stories. But we also know that there's no joy without suffering and no winners without losers, and sometimes, it's those dramatic failures that really resonate because life's a snitch and then you die.

Some of this is completely unfair to players who've given us so much over the years and to young guys who've got a lot of ball left to play, but these are the 10 individuals who really let me down in Qatar.

There was a humorous moment during Brazil’s World Cup press conference on Wednesday when a cat crashed the party while Vinícius Jr. was speaking. The Vini Jr. cat moment left the Brazilian superstar cracking up.

While talking to the press a cat decided that the podium looked like a great place to sit. The feline is most likely a stray. The person writing this article spent a week in Doha, Qatar, and will say that there are tons of stray cats that roam the streets.

I feel like England vs. Senegal referee Iván Barton was all of us at home in the 23rd minute of Sunday's Round of 16 match. This was our 52nd match of a 64-game World Cup. We've all experienced a little burnout and grown a little irritable over the last two weeks. We don't have time for this; not now.

So when Senegal came hollering for a penalty on a perceived England handball that didn't exist, the 31-year-old Barton confirmed the call with the VAR and we played on.

Americans who aren’t usually interested in soccer have watched this World Cup more than ever, and the USMNT’s first qualification to the round of 16 since 2014 had the country hyped.

The USMNT game and victory against Iran had all of us on the edge of our seat, including those on the set of Pat McAfee.

The Pat McAfee Show is hosted by former NFL punter Pat McAfee in which he, along with other pundits, analyze and cover the latest in American sports news. 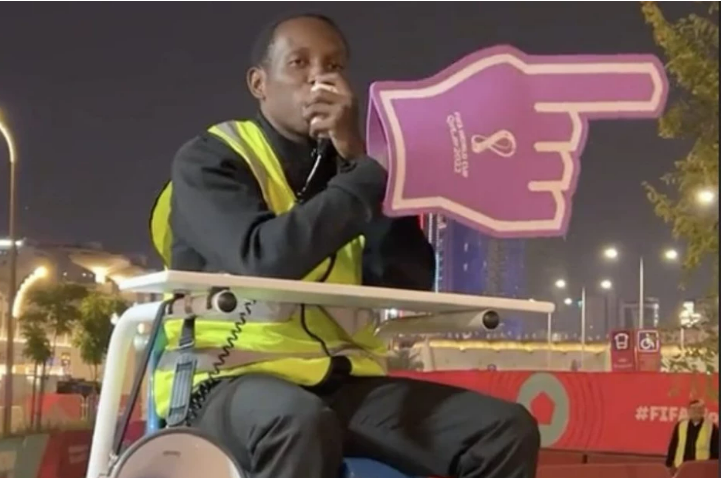 The 'big hat' is in, and yes, you can support the U.S. at the World Cup with one

After the Washington Commanders beat the Atlanta Falcons in NFL action Sunday, all the talk centered around Commanders running back Brian Robinson Jr. All that chatter wasn't because the 23-year-old went over 100 yards on only 18 carries, it was because Robinson delivered his postgame interviews while wearing an incredibly large hat.

Robinson was promoting his friend's NogginBoss company, which was on the TV show "Shark Tank" and has its own online shop.

USMNT's Ghana scouting report #2: Mohammed Kudus is going to be a problem

When Ghana, the youngest team at the World Cup, eventually meets the USMNT, the second-youngest, in the World Cup semifinals, it's clear that the juvenile inconsistencies of both will allow one team to shine in the opening 45 before the other side comes storming back in the second half.

Weston McKennie is easily one of the most likeable players on the U.S. men’s national team. Not only is he the USA’s best player, but he has such an infectious and positive personality.

Whether he’s hitting his Harry Potter goal celebration, dying his hair red, white and blue or just being hilarious, he’s just so entertaining.

His former Juventus teammate Matthijs de Ligt once told the media that McKennie was the funniest player on the team and that he “lives in a completely different world.”