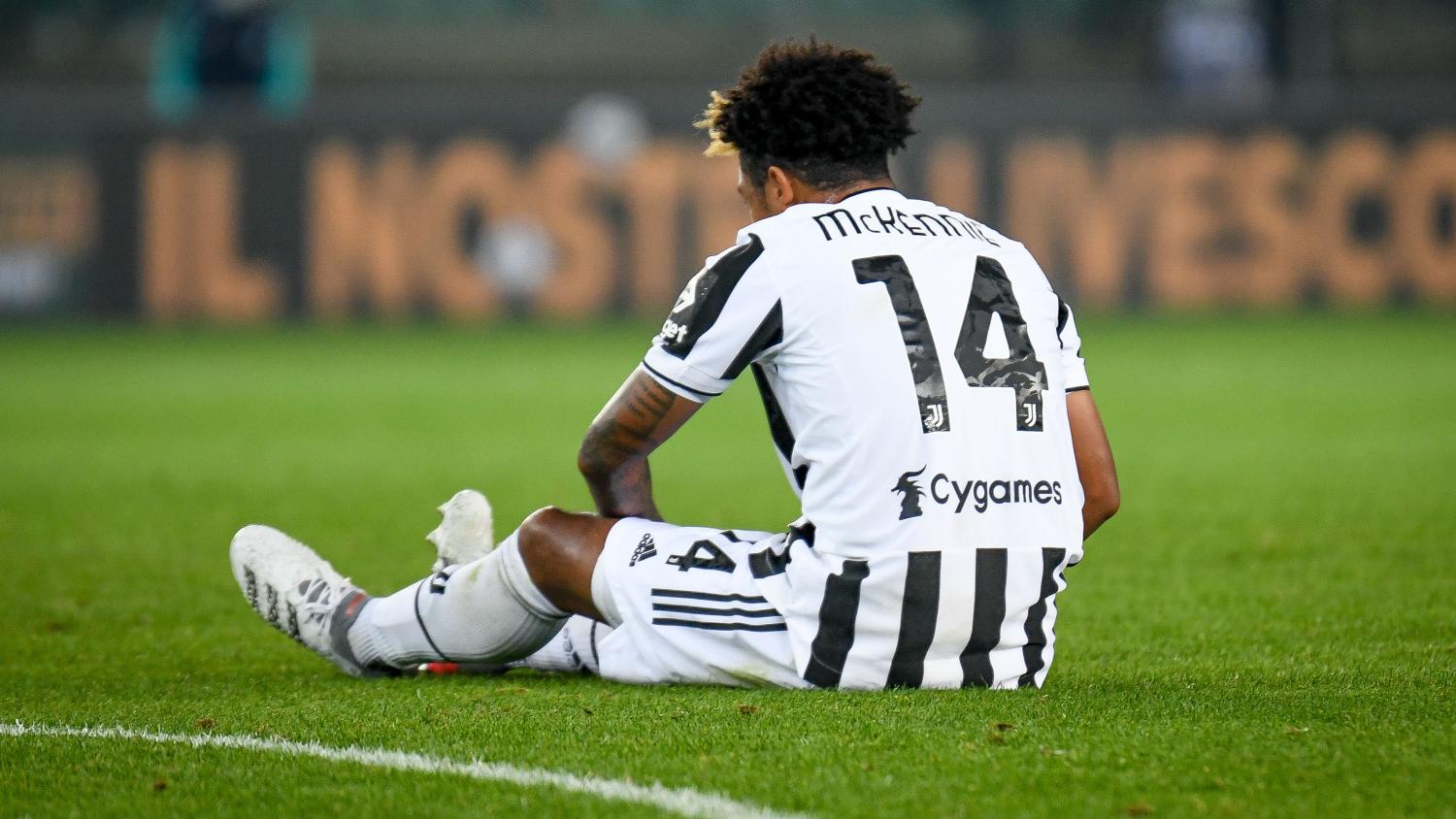 McKennie is set to miss the rest of Juve's matches before the World Cup.
Shutterstock

There's more unfortunate news for the USMNT midfield with just 22 days to go until lining up against Wales: Weston McKennie, after coming off injured at the start of the second half during Juventus' 1-0 win over Lecce on Saturday, has been diagnosed with a thigh injury that'll keep him out for over two weeks.

The 24-year-old is one of the first names on Gregg Berhalter's team sheet with his box-to-box ability and menace on set pieces. McKennie wasn't always available in qualifying due to suspension and injury, but he scored two goals in seven appearances and the U.S. went 5-1-1 with him in the XI.

Berhalter must also contend with a recent injury to Luca de la Torre, who's out for three weeks with a Grade 1 hamstring injury. While De la Torre's place on the plane to Qatar isn't guaranteed, the Celta Vigo midfielder is one of his nation's finer creative options — although McKennie has established himself as the United States' biggest midfield threat in the attacking third.

McKennie's been enjoying plenty of minutes for a struggling Juve side this season. He's scored one and created another in 11 Serie A appearances while also scoring twice (against PSG and Benfica) in five Champions League games.

Berhalter has two great options at defensive mid with Tyler Adams and Kellyn Acosta, but in a world without McKennie and De la Torre, way too much would be demanded of 19-year-old talent Yunus Musah. Brenden Aaronson, traditionally an attacking midfielder, has shown an ability to drop deeper, while 20-year-old Malik Tillman is the wild card.

Cristian Roldán is the one midfielder taking part in the USMNT's ongoing MLS camp, and Berhalter clearly liked having him on the bench as a versatile option during qualifying.

However, there's no fear that McKennie's World Cup participation is in question. The worst case scenario is that he misses the opener against Wales.

He'll certainly miss Juve's upcoming matches against PSG (Nov. 2), Inter Milan (Nov. 6) and Verona (Nov. 10), but he has a history of recovering quickly from injuries and could potentially be involved in the club's final match before the World Cup on Nov. 13 against Lazio.