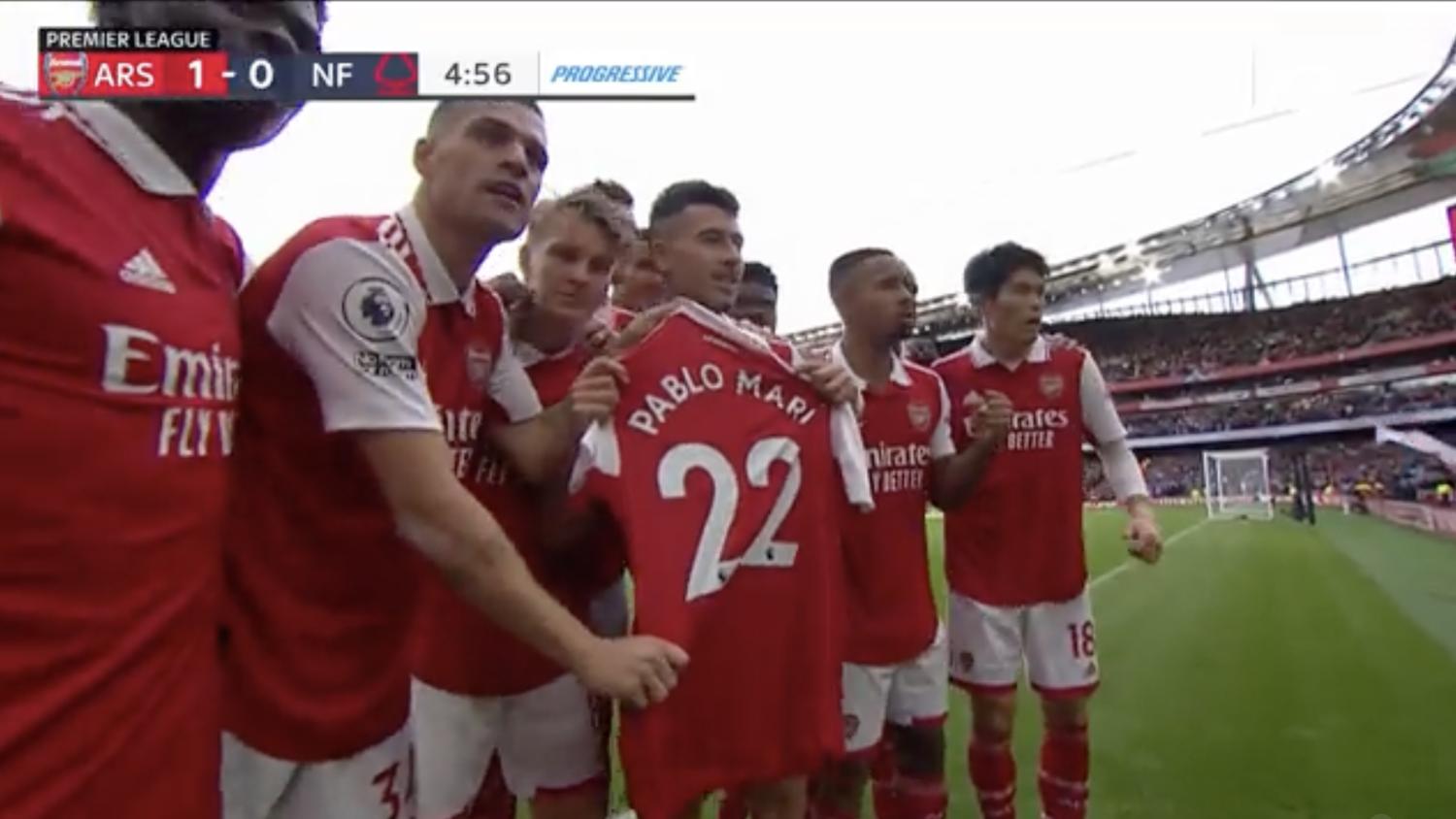 Marí was discharged from hospital Sunday after needing surgery.
The18

Arsenal returned to the top of the Premier League on Sunday with a commanding 5-0 victory over Nottingham Forest at the Emirates, and the Gunners dedicated their win to on-loan defender Pablo Marí, who was stabbed Thursday during an attack in an Italian supermarket that left one dead and five injured.

Marí made 19 appearances for Arsenal between 2020 and 2021, but he was loaned to Udinese last season before joining newly promoted Monza on loan this campaign. The 29-year-old center back made eight appearances, scoring against Spezia on Oct. 9, but was stabbed in the back in Assago, a town near Milan, during a knife attack in which the assailant was ultimately disarmed by former Roma executive Massimo Tarantino.

Marí required reconstructive surgery on two muscles in his back and faces at least three months of recovery time. The Spaniard was discharged from hospital on Sunday morning with Monza confirming he had returned home to begin a period of rest.

In London, Marí's parent club paid tribute before the match against Forest.

Great to see Arsenal players paying tribute to Pablo Mari who has been discharged from hospital after being stabbed during a deadly knife attack at an Italian supermarket.#beINPL #ARSNFO pic.twitter.com/rUYiwL3cKT

The Gunners then opened the scoring in the fifth-minute through Gabriel Martinelli and the team celebrated with Marí's No. 22 Arsenal shirt.

What a start for Arsenal! Gabriel Martinelli heads the Gunners into an early lead.

That was all the first-half goalscoring, but Arsenal got four more in the second 45.

Arsenal are in control as they double their lead!

Three minutes later, Nelson got his second and Arsenal's third.

It's a brace in three minutes for Reiss Nelson!

The fourth was an unstoppable drive from Thomas Partey.

Martin Ødegaard completed the scoring with 12 minutes to go.

The skipper Martin Odegaard makes it 5-0!

Arsenal has a two-point lead over Manchester City at the top. The Gunners play Zurich in the Europa League on Thursday and then it's a trip to Stamford Bridge to play fifth-place Chelsea on Sunday, Nov. 6.

Nottingham Forest is bottom of the table with a goal difference of negative 20. They host 11th-place Brentford on Saturday.