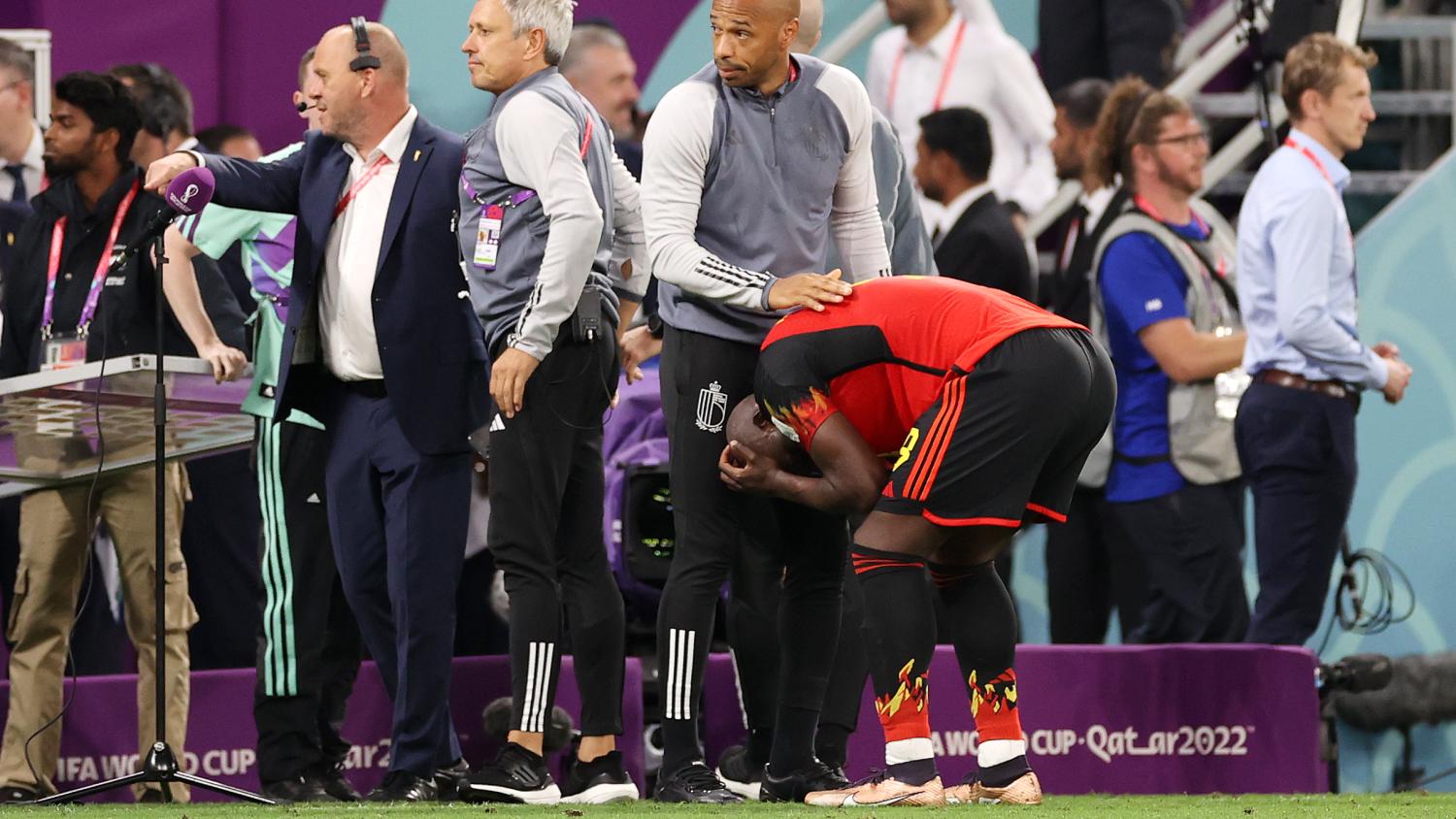 Belgium, the world's second-ranked team, needed a win over Croatia on Thursday to avoid elimination and reach the World Cup round of 16. The Belgium players had promised unity and urgency in the face of rumors alleging total chaos in the squad, but the Red Devils again came out flat with Leandro Trossard and Dries Mertens leading the attack.

Belgium manager Roberto Martínez made the obvious halftime change: on came Romelu Lukaku for his longest appearance of the tournament so far after getting nine minutes against Morocco. He'd been struggling with an ongoing thigh injury but his country needed him now.

What happened next was honestly difficult to watch.

Lukaku's first effort was a downward header straight at the keeper from a tough angle.

Belgium is knocking in the second half pic.twitter.com/gMNbot7JBy

Then, with the keeper off his line and the goal at his mercy, Lukaku struck the post.

How was this not a goal for Belgium?! pic.twitter.com/ED1fCwWGE0

His next miss would've been ruled out as the ball crossed the line before Kevin De Bruyne crossed it, but Lukaku's free header was terrible.

The ball was over the line but Belgium continues to get chances in the second half pic.twitter.com/6MGi8kRLyT

Next he tried to redirect an effort at the near post but shinned it wide.

Another chance for Belgium!

Will they find the back of the net before the final whistle? pic.twitter.com/tP85kcoBrq

Lukaku saved his worst effort for last. At this point, it's clear he wanted nothing to do with the ball.

HOW WAS THIS NOT A GOAL FOR BELGIUM?!

Lukaku with another massive miss pic.twitter.com/t07SuTTqTz

Romelu Lukaku was emotional after Belgium was eliminated in the group stage of the 2022 FIFA World Cup pic.twitter.com/9KZL2ADftc

Then came the anger.

Romelu Lukaku after Belgium failed to advance to the knockout stage pic.twitter.com/0XwE6t9OTD

Belgium joins Canada in being eliminated from Group F. Morocco wins it with seven points and Croatia finishes second with five.