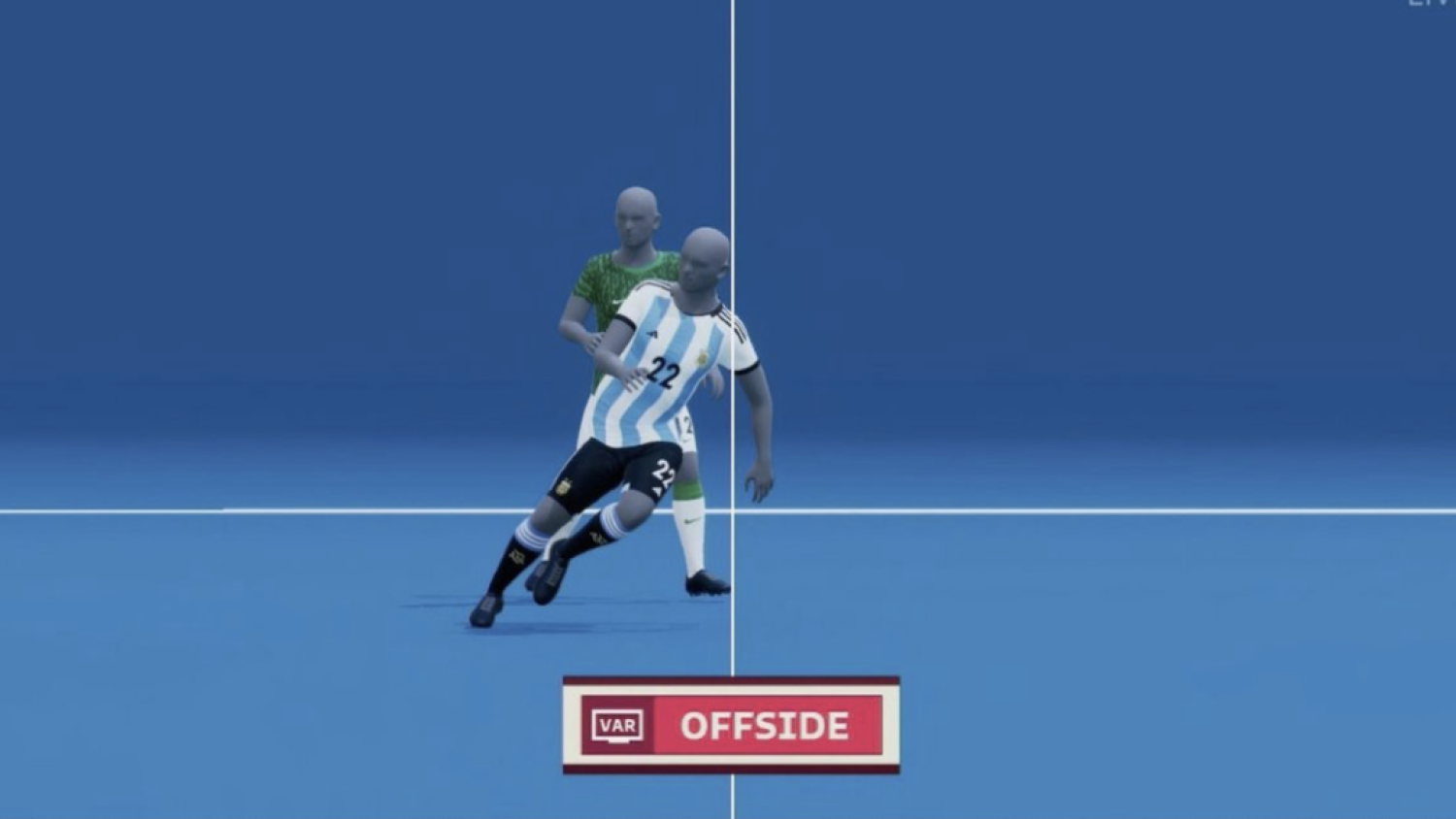 Semi-automated offside technology is in use for the first time in FIFA World Cup history in Qatar this year. The system is more accurate than the lines that VAR used to draw, but it hasn’t come without controversy. A Lautaro Martínez offside call during Argentina’s shocking 2-1 defeat vs. Saudi Arabia is one of the biggest talking points.

Argentina was leading 1-0 in the first half courtesy of a Lionel Messi penalty after a controversial VAR call. Martínez thought he had doubled the lead, but his goal was one of three moments in the first half that Argentina had a goal taken away for offside.

A look at the semi-automated offside technology revealed that Martínez was called offside because his armpit was inches too far.

After a VAR check, this goal did not count for Lautaro Martinez and Argentina pic.twitter.com/d8uCuC1tMW

The VAR image that ruled out Lautaro Martínez's goal for offside pic.twitter.com/MZESRr5eL0

Is this picture of offside correct? Technically yes. FIFA’s rule states, “For the purposes of determining offside, the upper boundary of the arm is in line with the bottom of the armpit.”

The conversation could end there. The right call was made. At the same time though a call this tight just leaves a sour taste in the mouth. Is this really what we want? Goals getting taken away because someone forgot to shave their armpit hairs?

If the VAR lines were still being drawn, then there’s a good chance that this goal would have stood.

Unless the rule has changed, surely the left back is playing him on. And why does it take so long to show us, and why only show us one defender? Something not right with that. pic.twitter.com/LTNQ6Vpene