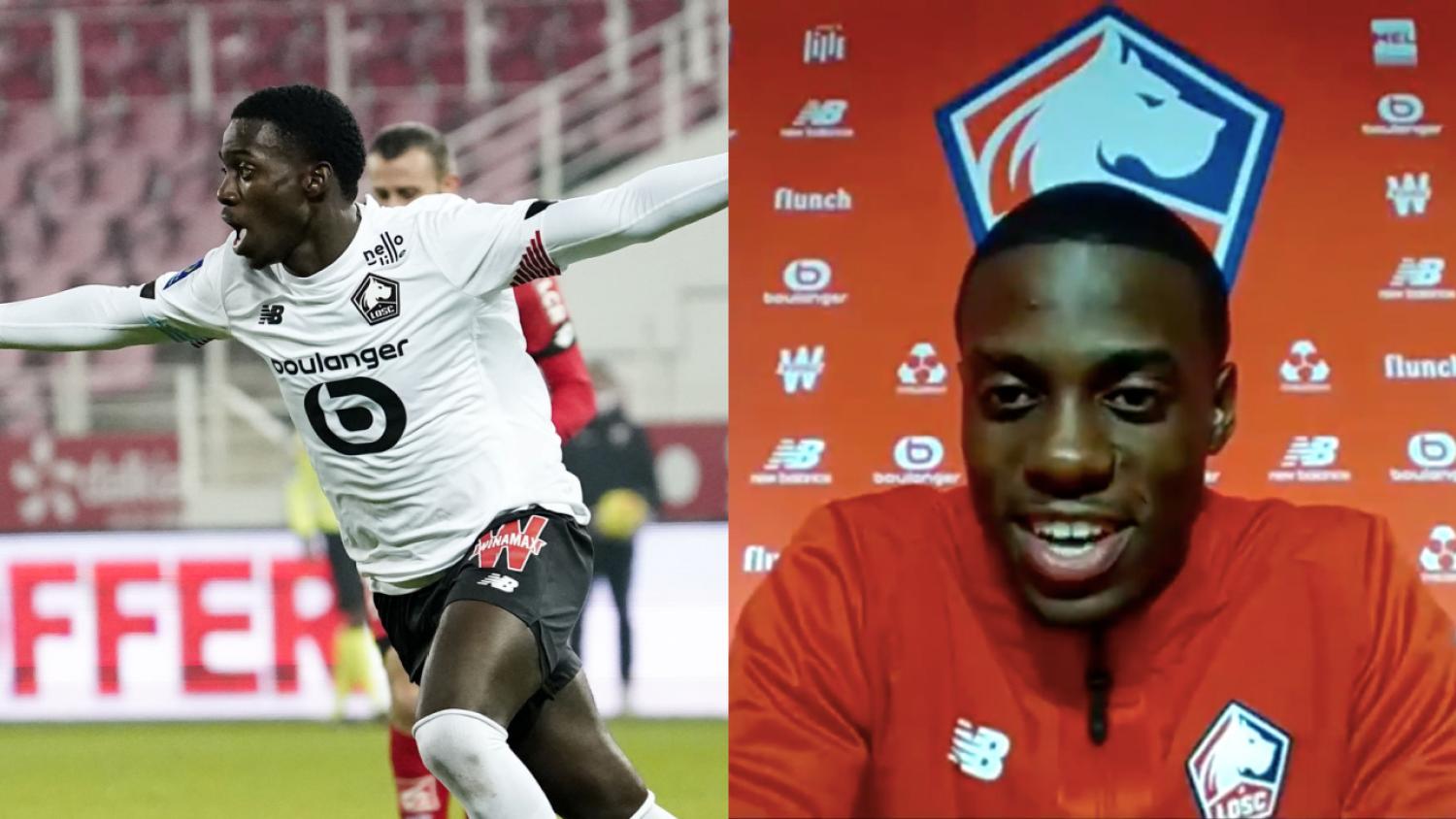 Weah’s Lille is the surprise frontrunner in Ligue 1, but the 20-year-old American is targeting bigger things.
beIN SPORTS USA

It’s been 10 years since Lille OSC captured its last Ligue 1 title, but one look at the table sees the club from northern France setting the pace ahead of last season’s Champions League semifinalist Lyon and, of course, three-time defending champion Paris Saint-Germain.

If it’s a position that Lille didn’t anticipate being in with just 14 matches remaining, 20-year-old American forward Timothy Weah isn’t letting on to any sense of disbelief.

“Everyone is super focused; everyone is tuned in,” Weah says during a Ligue 1 Uber Eats and beIN SPORTS North America Virtual Press Conference. “Our main goal is to continue playing how we’re playing and take it step by step but also stay at that high level of football. That’s what we’re getting at the moment. We’re happy with the way we’re playing and we’re super excited to see what the future has for us.”

Weah admits that Lille had to take some losses last season to get where they are now, as well as personally overcoming a troublesome hamstring that eventually led to surgery and restricted him to just three league appearances. But the team is now firing under Christophe Galtier while Weah has contributed three goals in 18 league appearances.

Lille springs on the counterattack, and U.S. forward Tim Weah puts the finishing touches on it to add to the club's lead vs. Bordeaux #USMNT

The composition of the club’s title-challenging side is a far cry from the expensively assembled stable of Galácticos at PSG. Lille is a fascinating collection of young talent that’s dealt with the weight of expectation more acutely than most throughout their careers.

Weah, following in the footsteps of his Ballon d’Or-winning father, George, in French football, made his PSG debut at 18 and senior debut with the USMNT just weeks later. His search for more playing time eventually led to a loan at Celtic before completing a permanent $11 million switch to the Stade Pierre-Mauroy.

But the American isn’t unique in that sense at Lille, where one of his teammates is 2016 Golden Boy winner Renato Sanches. The 23-year-old Portuguese midfielder didn’t make the grade at Bayern Munich following a massive transfer from Benfica, but he’s since found a home in Ligue 1.

“I think it’s great,” Weah says about Lille’s squad. “It’s a group of young guys that have a lot to prove. We’re all super hungry. Speaking on Renato, he was having a tough time at Bayern. He wanted to start all over again. He came here and look at the season he’s had so far. He’s having a great time here. Everyone’s having a great time.”

Another player who’s been put under the microscope at Lille is 21-year-old Canadian Jonathan David, who arrived for over $36 million after impressing in Belgium with Gent. Heralded as the future of Canada’s national team alongside Alphonso Davies, early returns weren’t great for David as he failed to find the net in his first 10 Ligue 1 appearances.

Things have changed considerably since, including five goals in his last five games, and Weah believes the 21-year-old striker is just getting started.

“First off, with Jonathan, I knew when he was coming in that we were gonna be close, we were gonna be good friends because we’re both from North America,” Weah says. “He’s such a down to earth guy, and we just got along immediately. It shows when we’re in training — we’re laughing, we’re playing around, we’re joking on the field. We have that connection, as well as the other players.

“This group, there’s really no ego. Everyone gets along. It’s just wonderful: You come into training, you’re happy and that shows in our games. It’s a lot of unselfish players and everyone plays for the team. That’s what really has gotten us so far.” 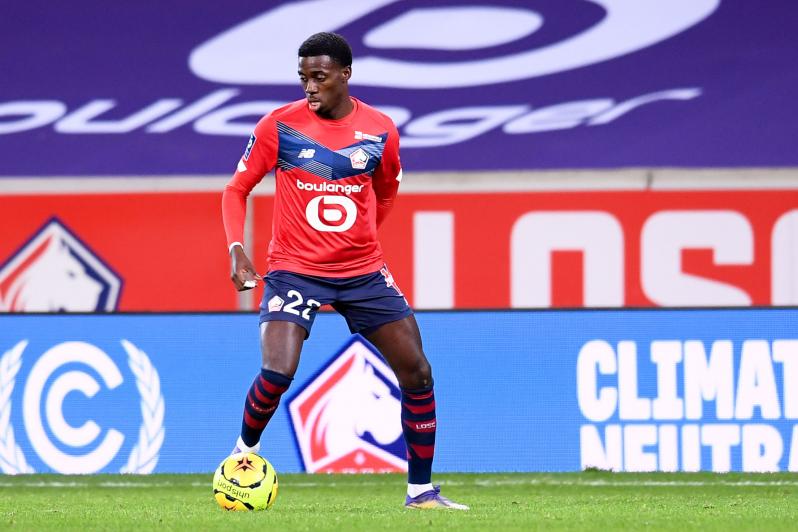 There’s one more Concacaf connection at Lille: 18-year-old Mexican midfielder Eugenio Pizzuto, who earned a free transfer to the club back in August.

"But fun, fun guy. We always play around. I speak a little Spanish so we always tease him, he teases me. Loving guy. He came here, adjusted real quick, he’s starting to speak French. So, great kid overall. We talk about Mexico-USA clashes all the time as North American boys. I can’t wait to play him. He’s going to be a huge, huge talent.”

Got this question in during today’s beIN Q&A and couldn’t be happier with the answer. https://t.co/fJMMWSZZR4

Looking ahead to this summer’s frantic USMNT schedule — which includes Nations League finals, Olympic qualifying, the Gold Cup and World Cup qualifying — never drifts far from the conversation, and Weah is focused on turning a successful club season into a memorable run of form with the national team.

“I keep in contact with coach Gregg (Berhalter), of course,” Weah says. “Whenever I score or whenever I do something great he’s always there texting me and encouraging me. As a player, we are ambitious to be with the national team all the time. Hopefully with the performances that I’ve been having, hopefully I keep doing what I’m doing and hopefully I can get a spot on the national team.”

That hunger to be with this rising squad is clearly infectious, and the success of Christian Pulisic, Sergiño Dest, Gio Reyna, Weston McKennie and Tyler Adams has only fueled Weah’s ambitions.

“Eventually, as we continue to gel and continue to play together, the football’s going to be amazing,” Weah says. “As everyone does their thing in their clubs, we’re going to be playing top, top football. Hopefully in the future we can bring a cup home.” 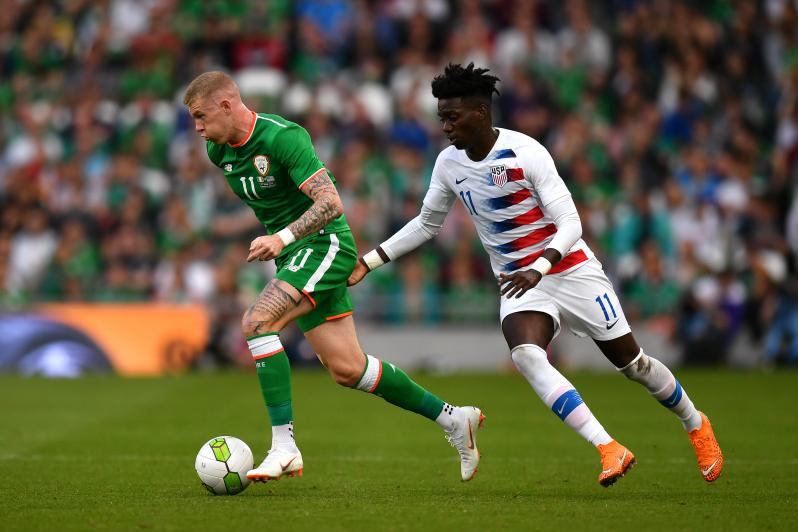 For those looking to follow in the footsteps of this hugely promising American cohort, Weah has some sage advice: “First, stay strong. You’re going to have to make sacrifices. You’re gonna have to be away from your family, the things you love, the things you love to do, but make that sacrifice and do something that’s great. Do something that’s going to put you on the map. Just be yourself and show the world what you can do.”