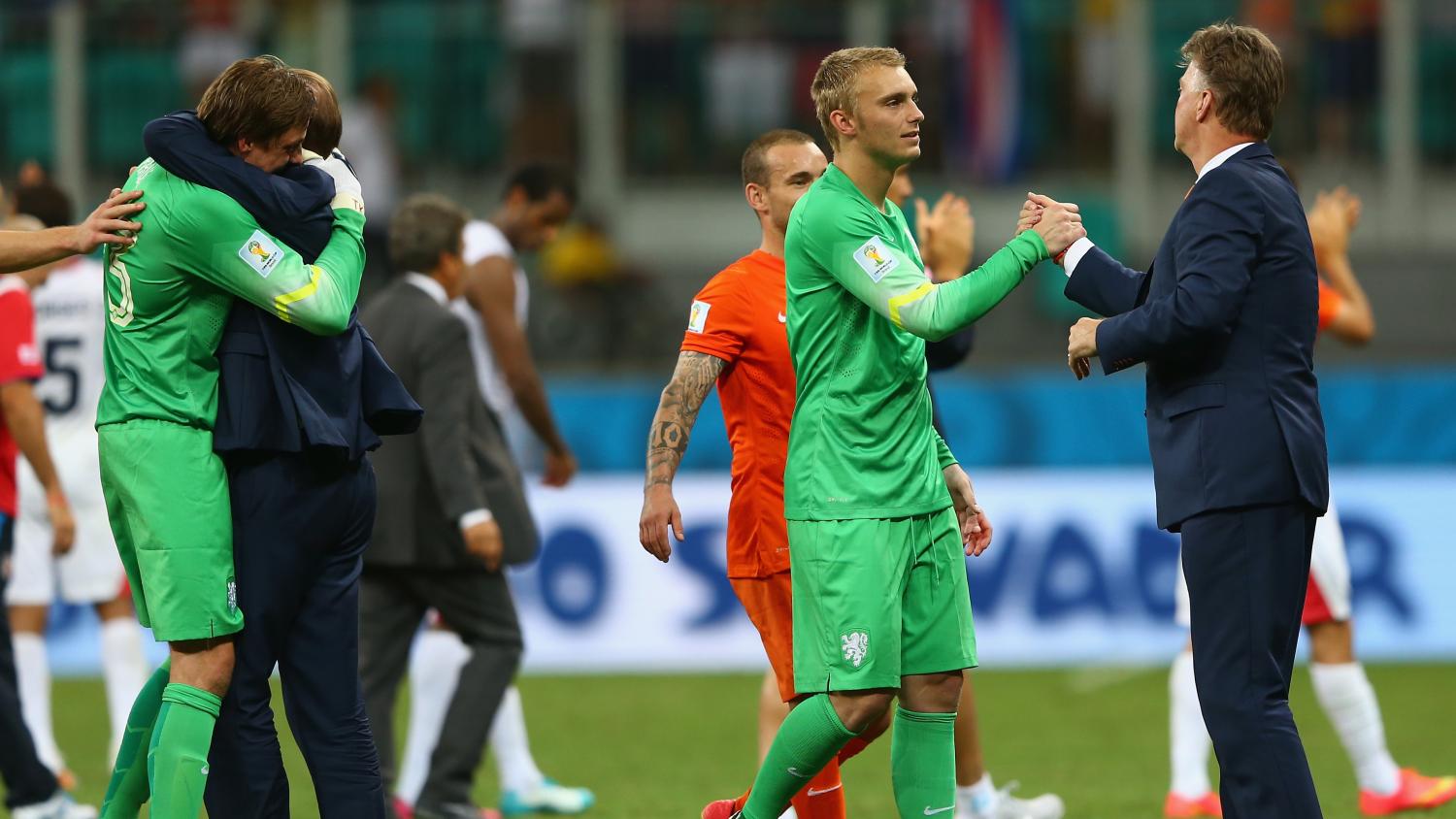 The Netherlands will be focusing on goalkeepers who excel at penalty shootouts during the final international break before the World Cup.
Getty Images

AMSTERDAM — The Netherlands will be testing their goalkeepers in a special penalty shootout training session this week with an eye on the World Cup later this year, coach Louis van Gaal said on Monday.

He has called up four goalkeepers for this week's Nations League clashes against Poland and Belgium as the Dutch look to finish top of their group and advance to the finals next June.

But Van Gaal said a priority will be putting together the final touches for the World Cup in Qatar in November, where the Dutch play in Group A against the hosts, Ecuador and Senegal.

He has invited an additional two more goalkeepers on Wednesday for a special penalty stopping session, he told a news conference.

"I'm looking for the best penalty killer and so we are testing all the goalkeepers," he added.

Van Gaal made a name for himself at the 2014 World Cup when he changed goalkeepers minutes before the end of extra time of their quarter-final tie against Costa Rica in Brazil.

He took off Jasper Cillessen and brought on Tim Krul, who then made saves in the penalty shootout to ensure a Dutch victory.

On July 5, 2014, Tim Krul was subbed in for the penalty shootout and came up with two massive saves for the Netherlands to put an end to Costa Rica’s Cinderella run in the FIFA World Cup quarterfinals pic.twitter.com/U5B1jVAtb0

"I'm always looking for the little advantages and that's why I'm giving this issue special attention," he told reporters.

"We've seen in the past how penalty shootouts play a big role at the World Cup."

Van Gaal said he would pick four goalkeepers in his 26-man squad for the World Cup if allowed. "I'm not sure yet because FIFA haven't give us clarity on this issue but I think it's logical to do so."