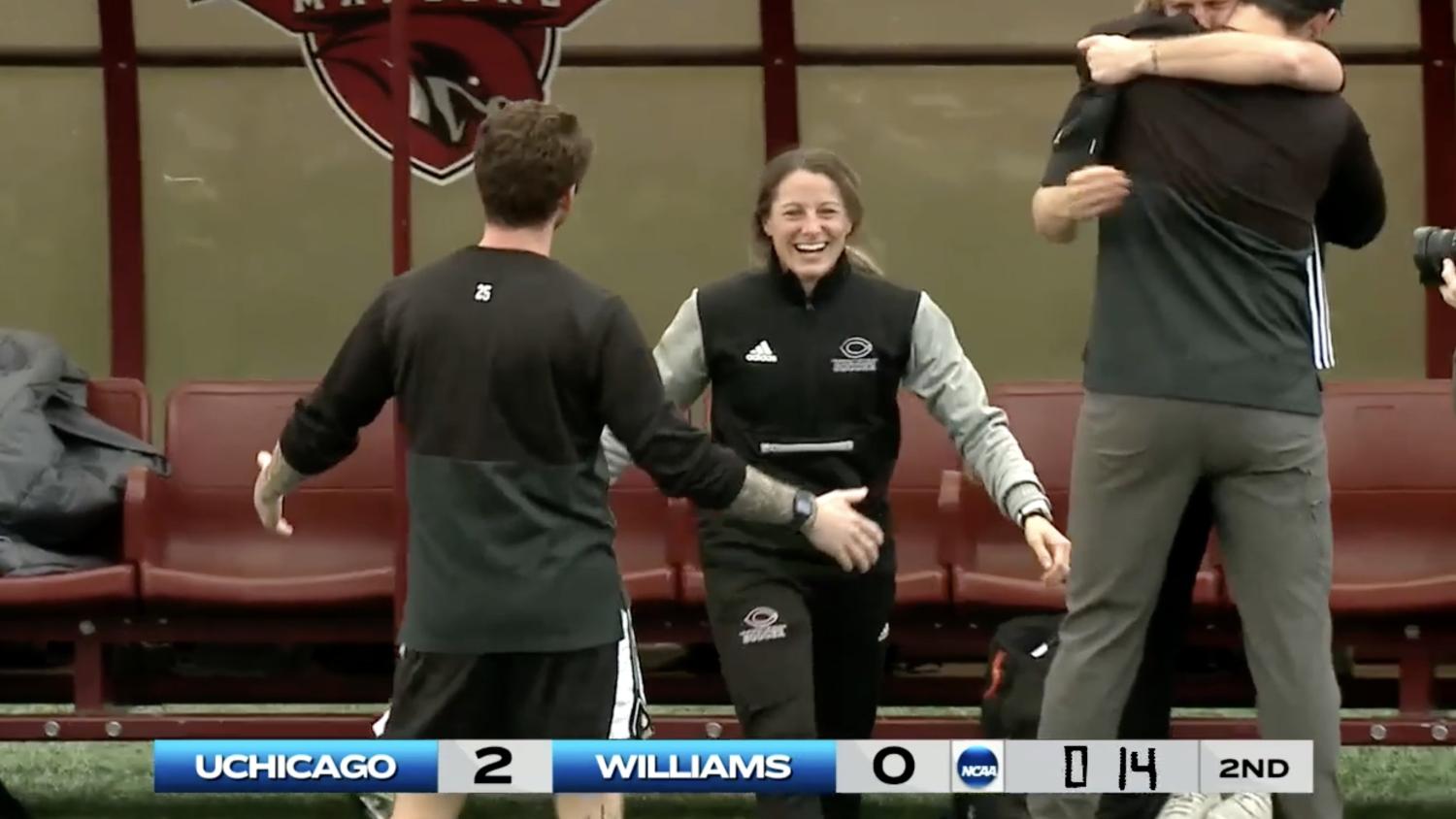 The University of Chicago claimed the championship over Williams College.
@UChicagoCollege | Twitter

Sitch led the UChicago Maroons to an undefeated 22-0-1 record in her first season at the helm. The team's lone blemish — a 0-0 draw to New York University back in October — was actually against the only other woman coaching in men's Div. III, NYU's Kim Wyant.

The 39-year-old Sitch played her college ball at DePaul University in Chicago before going on to play for the Chicago Red Stars in the NWSL. She represented the USYNT at the U-19 and U-21 levels. Sitch previously worked as an assistant with both the Maroons and Red Stars before taking the University of Chicago's head coaching job on April 20, 2022.

"The credit goes to the team," Sitch said after the championship win in Salem, Virginia. "I mean, these guys have never had a female coach before, and they embraced me as one of their own. For me, that will forever be a grateful moment. Just to watch them play, I'm extremely proud. They wear their heart on their sleeve, they show up every day ... the energy, the support, the togetherness, this is a team."

Video courtesy of the NCAA pic.twitter.com/nPxRPySQUE