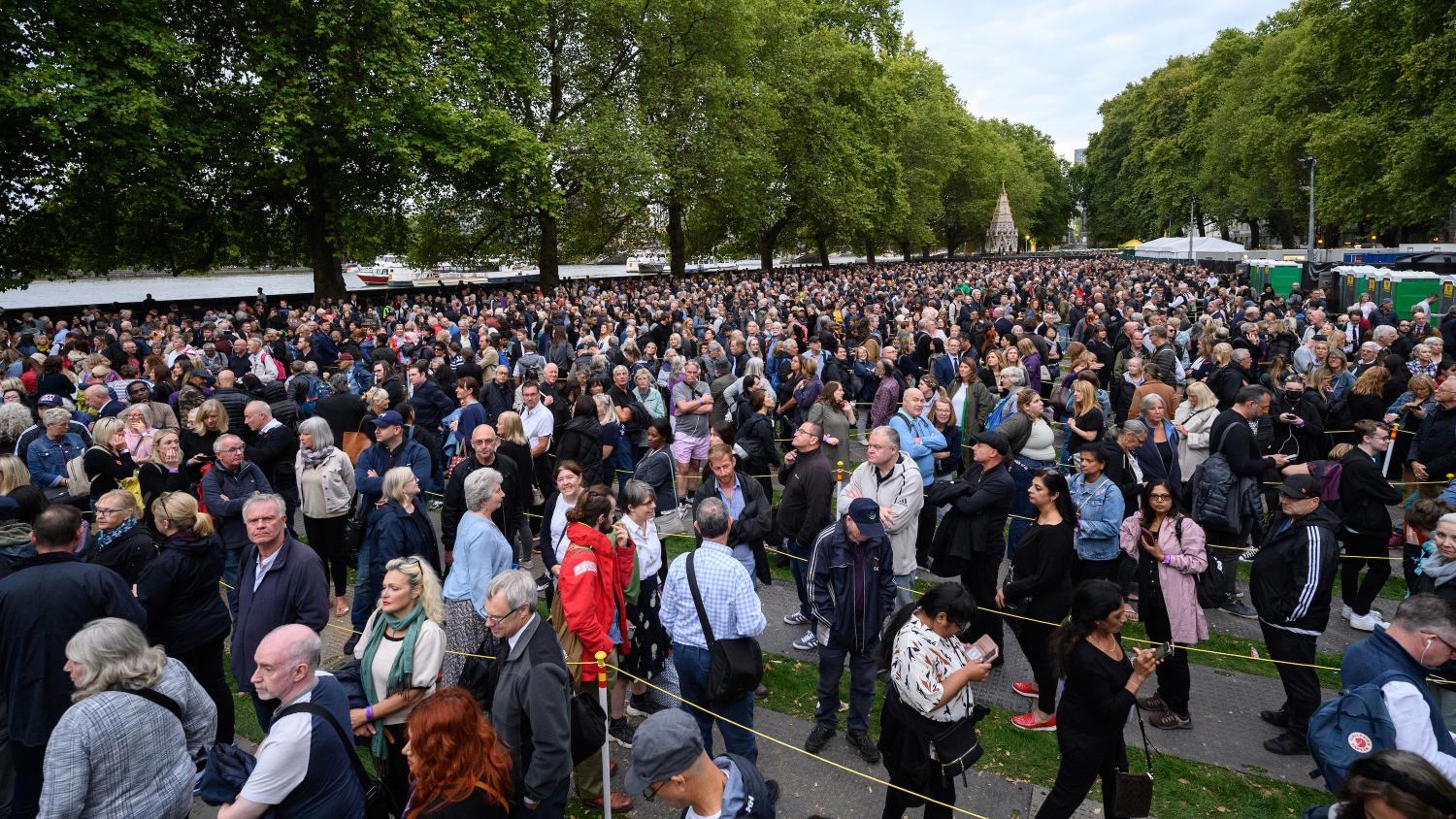 David Beckham spent more than half a day in line to see the coffin of Queen Elizabeth.
Getty Images

LONDON — Former England soccer captain David Beckham queued for more than 13 hours alongside thousands of other mourners to see Queen Elizabeth lying in state in London on Friday.

"We all want to be here together, we all want to experience something where we celebrate the amazing life of our queen. Something like this today is meant to be shared together," Beckham, who was wearing a dark flat cap and a dark suit with a black tie and appeared to be alone, told reporters in the queue.

He talked of snacking on crisps, sweets and donuts with his fellow queuers to keep their energy up.

Television footage of Westminster Hall showed Beckham, who met the queen several times during her 70-year reign, looked tearful as he waited to file past her coffin.

Stopping to pay his respects by the coffin at around 3.25 p.m, Beckham bowed his head and closed his eyes momentarily.

The government paused entry to the queue for a few hours earlier on Friday after warning of waiting times of at least 14 hours.

It snakes its way for miles through central London to parliament's Westminster Hall. Some 750,000 people in total are expected to file past the coffin before Monday morning.

Last week Beckham posted on Instagram that he was "truly saddened" by the queen's death.

"How devastated we all feel today shows what she meant to people in this country and around the world. How much she inspired us with her leadership. How she comforted us when times were tough," he wrote.